Poor Paco with a Fever 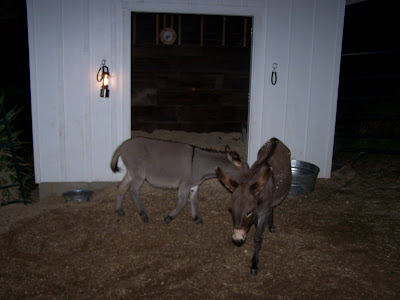 Dining by the camping lantern later in the evening after Paco's visit with the vet... 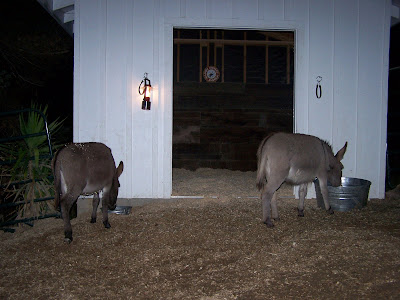 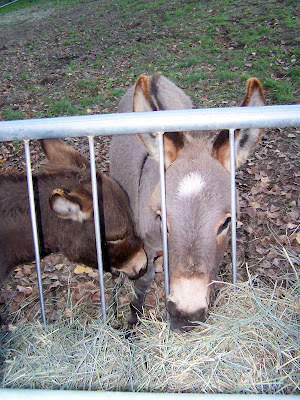 Paco has been acting "not himself" for the past two days- and then suddenly seemed too warm (as confirmed by kissing his little snout)- so we made a vet appointment and the vet came out today and stayed for TWO HOURS- poor Paco had a temp of 105 and has an infection from the gelding! It took forever for the vet to draw blood from his vein in his neck- hence the little shaven spot in the photo. And it took the vet's assistant and Randy to pin him still as best as they could while the vet did her work!

Poor Paco. He's not out of the woods yet- has to take antibiotics and donkey aspirin for a week. 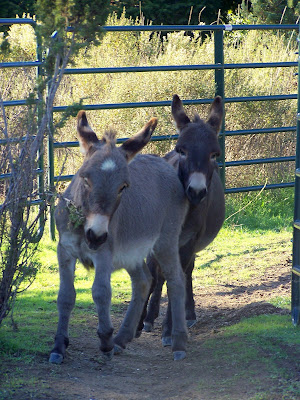 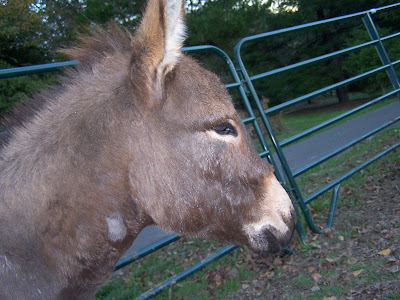 His little " battle scar" from where the vet drew blood. 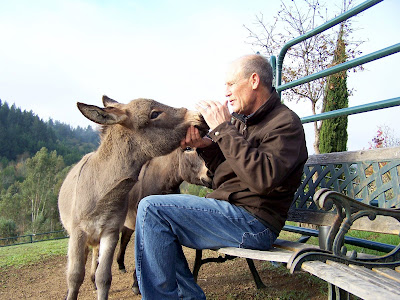 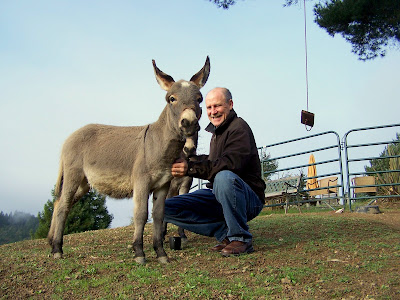 Earlier in the day there were clues that Paco wasn't himself- he let Luigi get all the hugs! 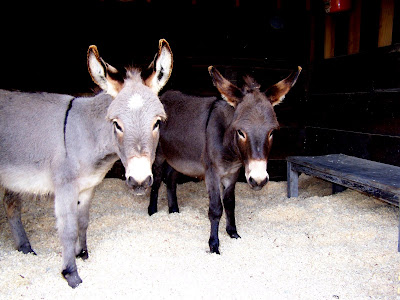 In the morning in the barn.
Posted by Diana at 5:52 AM