Whassup on a Wednesday at the Ranch

Donkeys play in the morning sunshine- watch out for those back kicks!!! How long can this November warm weather hold on? Paco and Luigi are taking advantage of the dry days to run around without slipping in the mud. Both seem completely "back to normal" after the gelding operation and are up to their regular speed- and they are FAST! It is like being at the races on our own property! 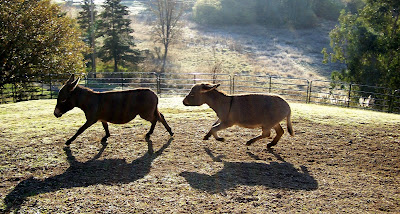 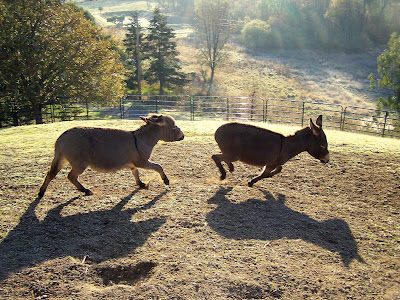 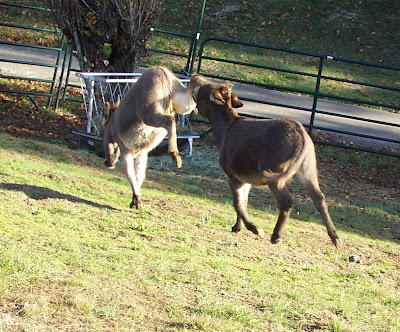 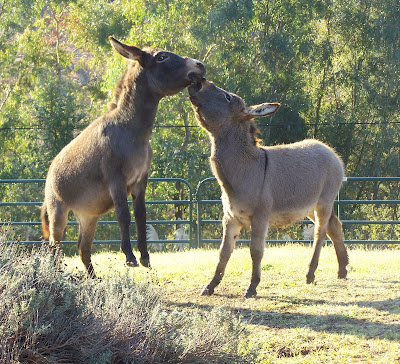 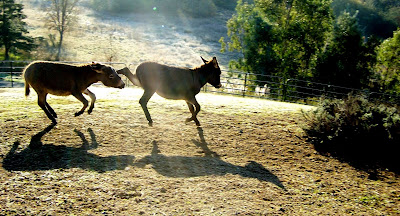 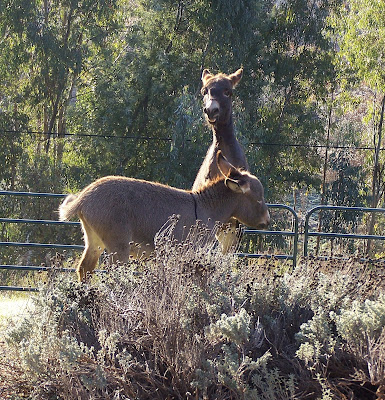 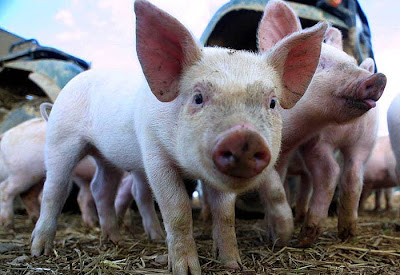 The Hidden Life of Pigs
President Harry Truman stated, “No man should be allowed to be President who does not understand hogs.” Most people know very little about these fascinating animals. In fact, pigs are curious and insightful animals thought to have intelligence beyond that of an average 3-year-old human child. They are smarter than dogs and every bit as friendly, loyal, and affectionate. When in their natural surroundings, not on factory farms, they are social, playful, protective animals who bond with each other, make beds, relax in the sun, and cool off in the mud.
Since most people are not that familiar with pigs, you may be surprised to learn that they dream, recognize their names, play video games more effectively than some primates, and lead social lives of a complexity previously observed only in primates. People who run animal sanctuaries often describe pigs with human characteristics, because they’ve learned that, like humans, pigs enjoy listening to music, playing with soccer balls, and getting massages. Scientists and scholars who have studied pigs say that pigs are the smartest animals outside of primates (and pigs even outclassed some primate species in some intellectual areas). 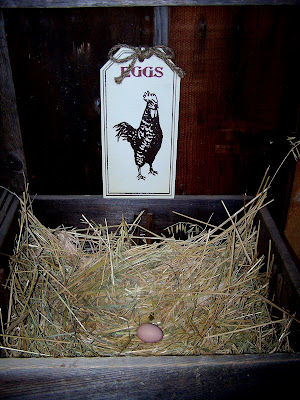 An "egg sign"- to point out where the eggs are! 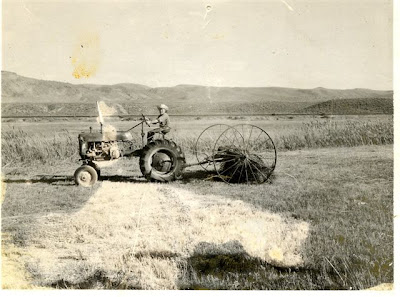 Blast from the past...
guess who is driving the tractor?

Definition of "Whassup"
What's up is an informal question meaning, depending on situation and emphasis: "what are you doing", "how are you", "what is happening" or "what gives." It is sometimes used as an informal, casual greeting in itself. This expression was made popular by the cartoon character Bugs Bunny who used it as early as 1940 as part of his catch phrase "What's up Doc?" (where each word was pronounced distinctly).
Whassup (sometimes spelled Wussup or wassup) is also a commonly used African American Vernacular English term of the same meaning. The phrase is often shortened to "sup", and this term is commonly used as Internet slang.
"What's up" is now rephrased in many ways, mostly for Internet slang and chatting. A few include:- "sup" - "waz up" - "wts up" - "wts new" - "waz crackalackin" - "waz happenin"
Posted by Diana at 5:26 PM