Rio Bravo Recuperates on a Rainy Day at the Ranch 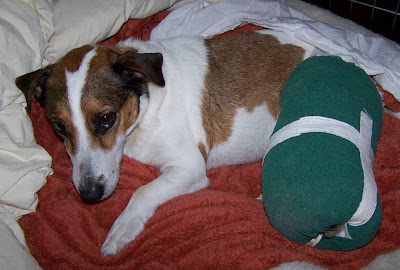 Poor little Rio Bravo!!!
After a very restless night, he has been sleeping most of the day...so it is really perfect that we have a storm going on! The hardest thing is dealing with the ridiculous cast...he can barely stand up with it, and going outside to do his business is a MAJOR production! The vet called the cast a "Robert Jones bandage"...so I googled it and discovered the man responsible for the outrageously huge bandage. It is supposed to keep the leg stabilized, but I'm really glad Bravo only has to wear it for a week! I hope to get some sleep tonight...it isn't easy being a dog nurse! 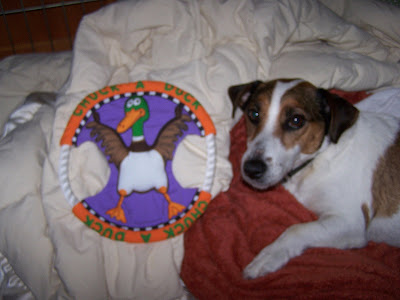 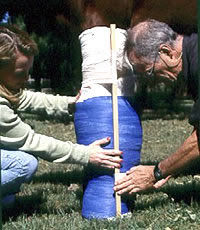 Sir Robert JONES (1855-1933), introduced many ideas to the surgical community. In 1896, JONES published the first report of the clinical use of an x-ray to locate a bullet in a wrist. He founded several associations and orthopaedic hospitals. JONES wrote several important books such as "Injuries of Joints" in 1915 and "Notes on Military Orthopaedics" in 1917. His textbook "Orthopaedic Surgery" is said to have been the first to have dealt systematically with the diagnosis and treatment of fresh fractures. In the First World War, JONES headed the orthopaedic section of the British Forces. JONES was an advocate of tendon transplantation, bone grafting, and other conservative, restorative procedures.
(check out the bandage on the horse!!). 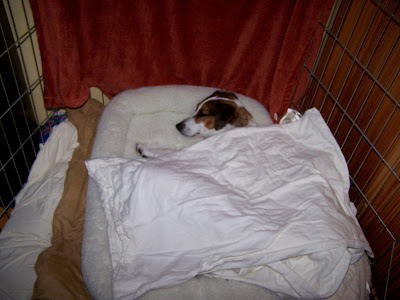 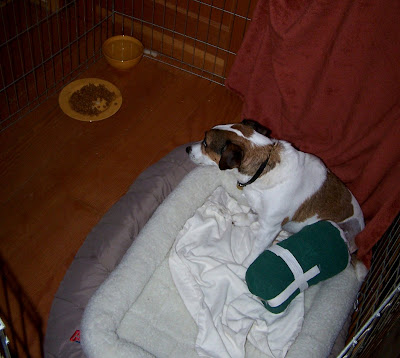 He wasn't too interested in food or water this morning, but ate well later! 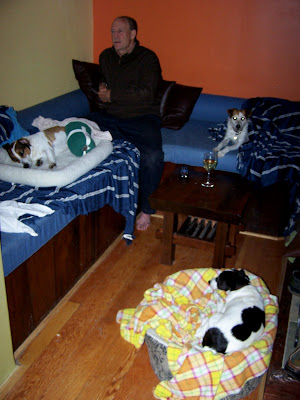 In the den with "Papa" and his brothers. 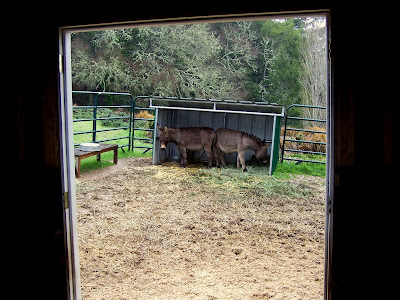 Poor donkeys on a rainy day. 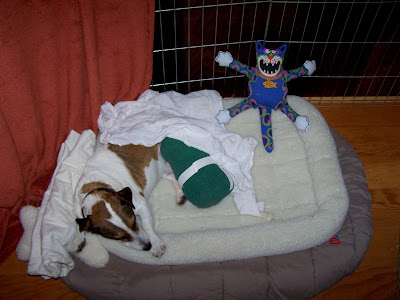 The cat toy seems to be enjoying himself! 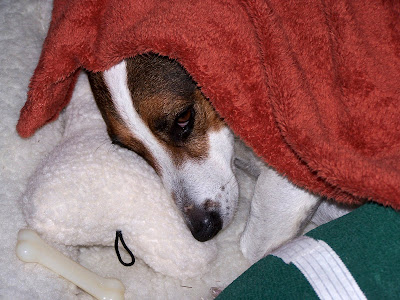 A new bone inches from his nose...and no interest! 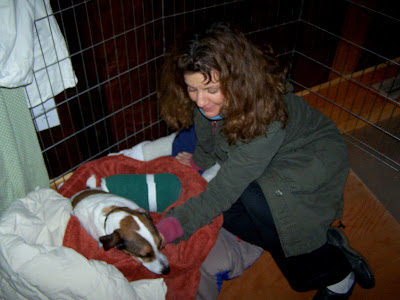