Ridin' Luigi at the Ranch 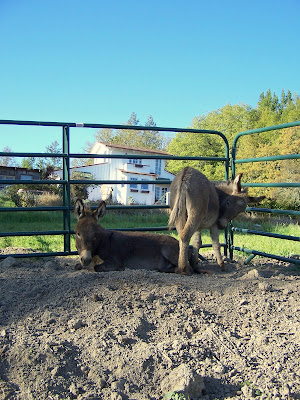 Wonderful Thursday at the ranch! Paco & Luigi divided their time today between the east and west pastures, munching grass. Early in the evening Randy did his "mock riding" on Luigi (he doesn't put his weight down) and got a bit of a surprise when Weegie tried to buck him off!
The boys resting in the new flat spot near the West Pasture (there will be a quiz at some point on identifying the west and east pastures...so blog readers, pay attention!)... 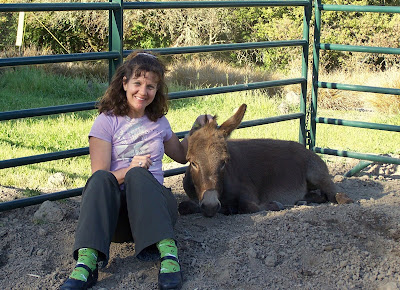 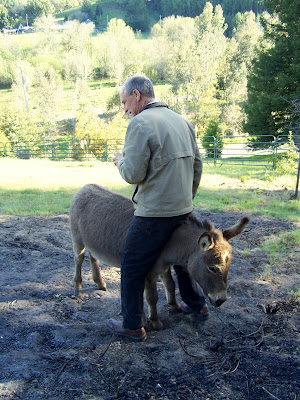 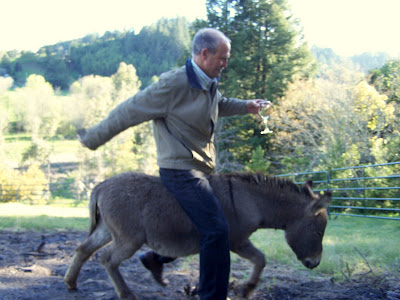 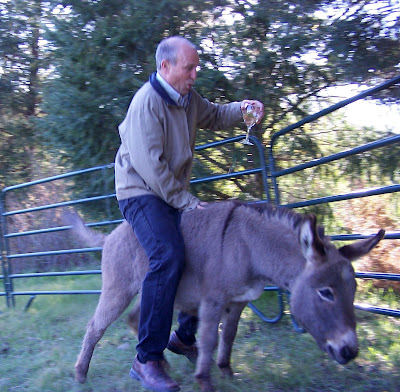 But Luigi says "I ain't taking you nowhere, Papa"!

The boys in the East Pasture. Take note. The EAST Pasture. 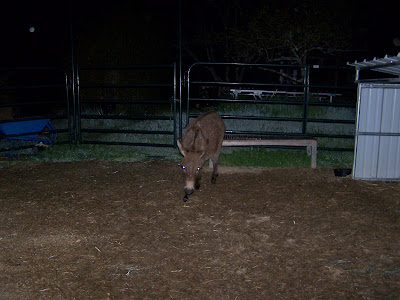 Paco in the early morning. He is following me because I'm holding the flake of hay! 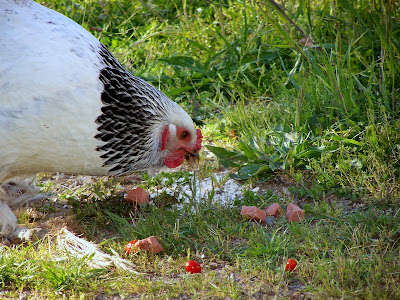 Sophia enjoys a snack of tofu dogs and tomatoes. 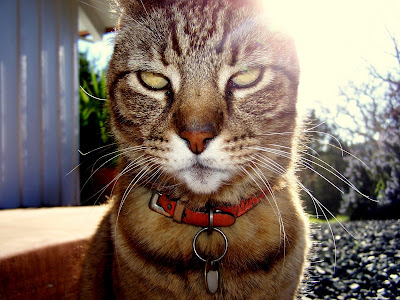 Boulder gives me the feline eye. 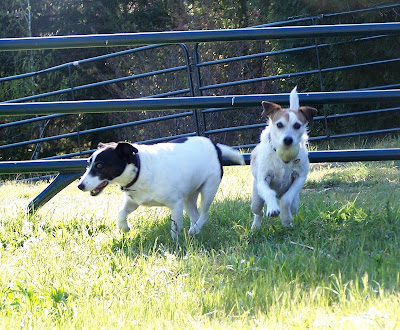 Solo and Toby emerge from the West Pasture. 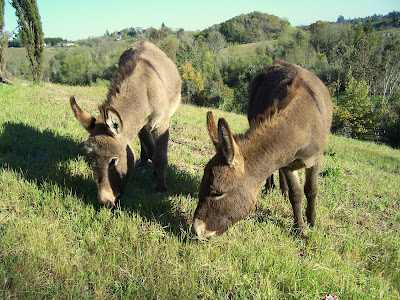 Grazing in the West Pasture.
Posted by Diana at 6:30 PM