Heating Up on a Saturday at the Farm...Rancho...Whatever it is!

Tired of thinking of new names for the ranch...although got some great suggestions, including "The Lazy Vegan", submitted by Patty Tomashefsky...turns out there is actually a website called "The Lazy Vegan" with receipes for, well, lazy vegans! So right now we'll just wait till the perfect name comes along...I'll have to ask the animals for some suggestions.
It was hot here today and the turkeys came around to hang out at one of the "watering holes". I certainly won't prevent any of the animals from drinking water, even the pesty turkeys! I may put a bucket up on the hillside so they can just drink it up there. While I'm at it I should put little saucers out for the lizards- yesterday I spilled some water I was carrying in a bucket and a little lizard zoomed out to drink some- very cute! 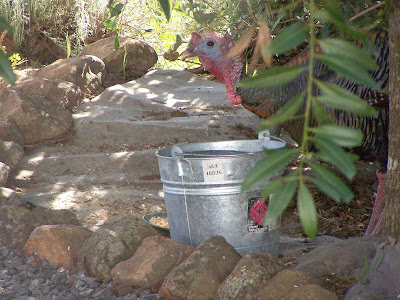 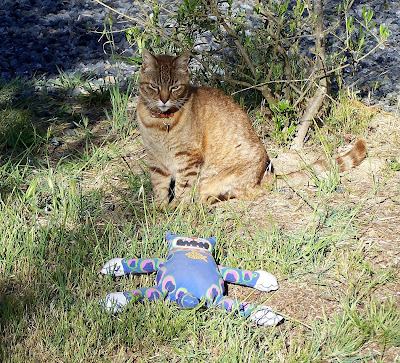 Boulder and the cat toy. 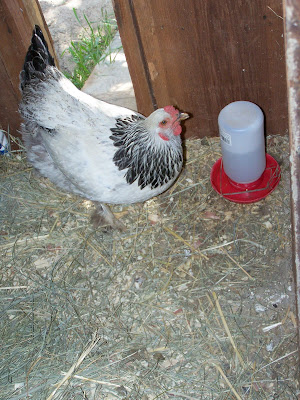 Sophia goes into the cool coop for a drink. 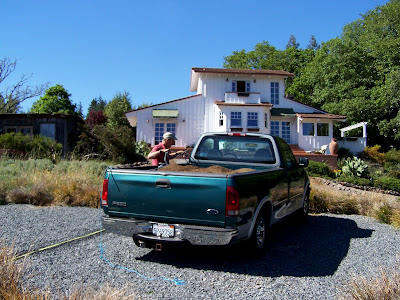 More dirt for the garden! 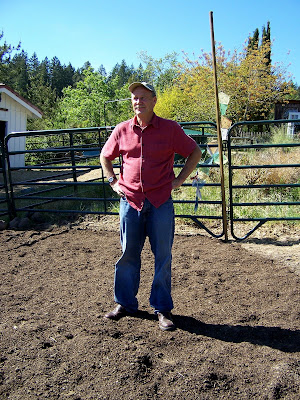 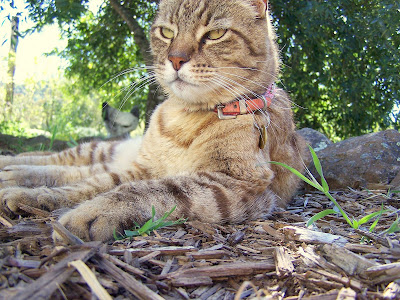 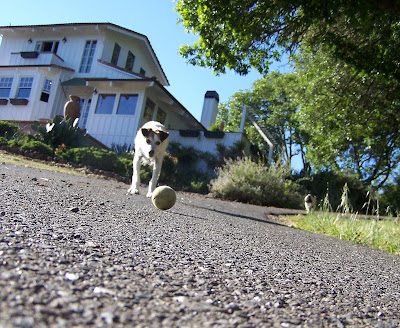 Too hot to play ball. 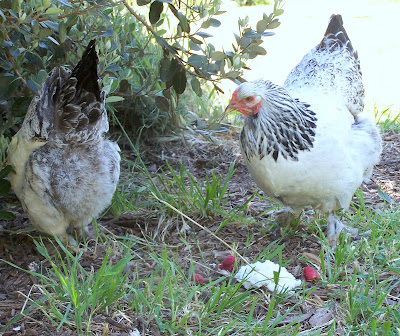 The girls dine on raspberries and rice. 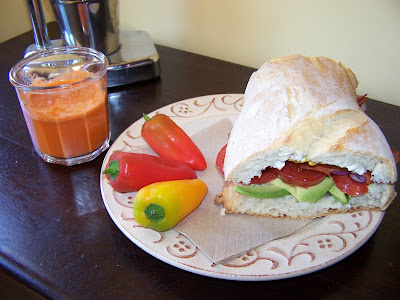 The humans dine on carrot juice and a fakin' bacon, avocado & tomato sandwich! 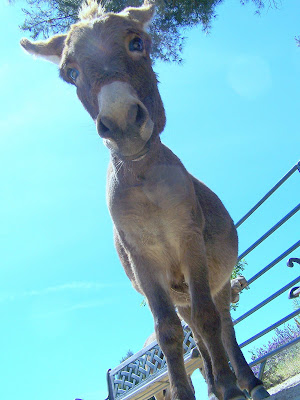 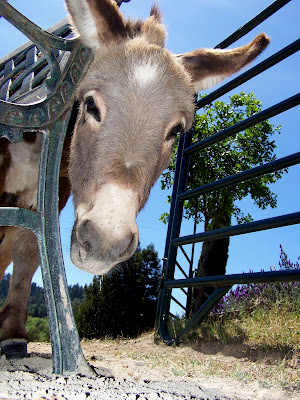 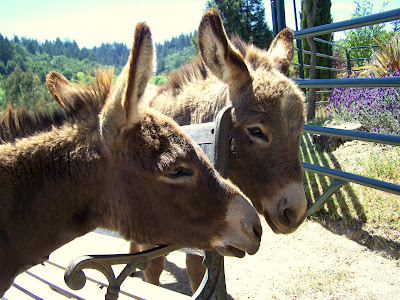 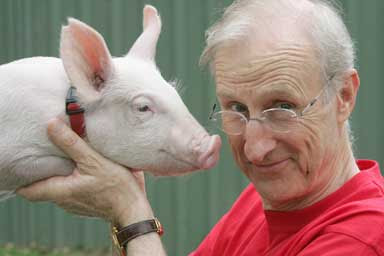 James Cromwell became a vegetarian in 1974 after seeing a stockyard in Texas and experiencing the "smell, terror and anxiety". He became a vegan after playing the character of Farmer Hoggett while filming the movie Babe in 1995. Cromwell frequently speaks out on issues regarding animal cruelty for PETA, namely the treatment of pigs.
Posted by Diana at 5:35 PM