The Farrier Comes to The Lazy Vegan 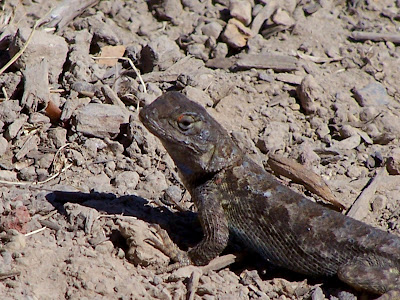 So many lizards around The Lazy Vegan lately...they've heard it is a nice place to hang out! Today Brent the farrier came again- the donkeys aren't that thrilled to see him but were pretty well-behaved...it helps that Randy is home to hold them, and nobody got kicked! So now everything feels well-maintained, at least for a while...donkeys are wormed, pasture is cleaned, coop is cleaned, hooves are trimmed, and so on! 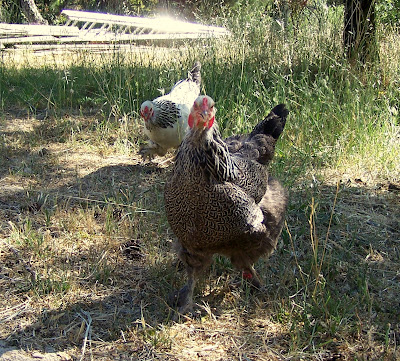 The girls rush in for breakfast, and Bravo picks a convenient place to do his biz...the manure pile! 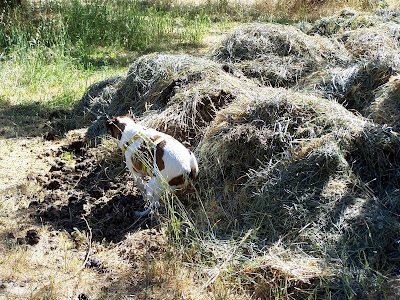 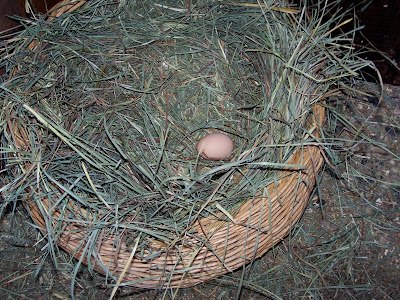 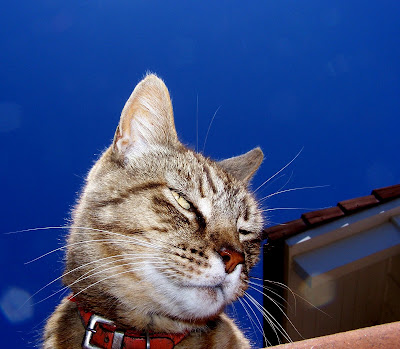 Boulder and his smug look. 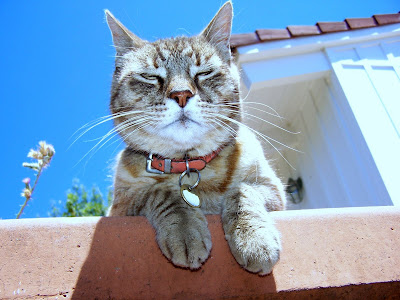 Weegie rests under the Poplar tree. 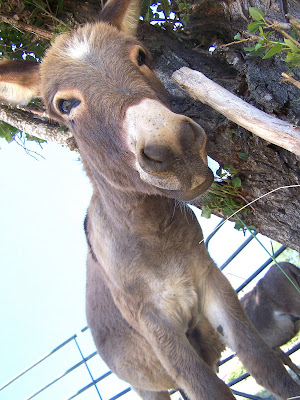 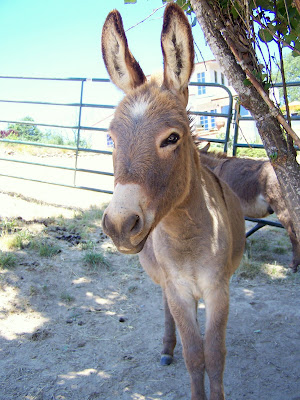 Brent the farrier and Randy and Luigi! 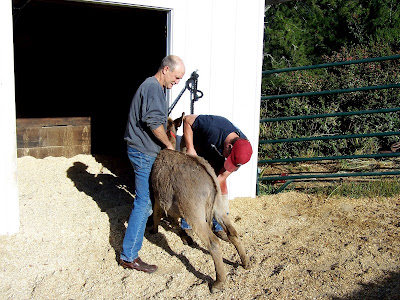 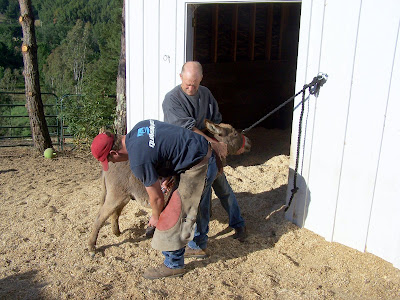 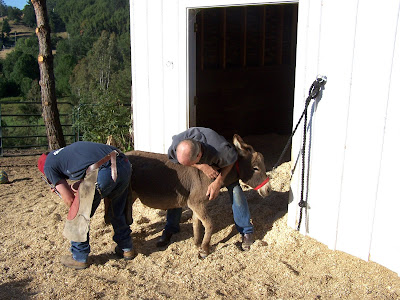 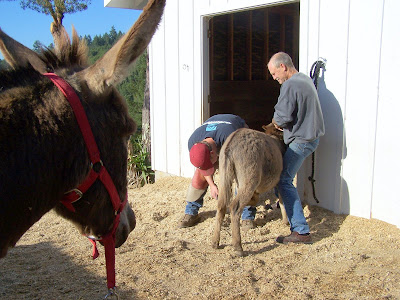 A beautiful tiny fawn by my car! 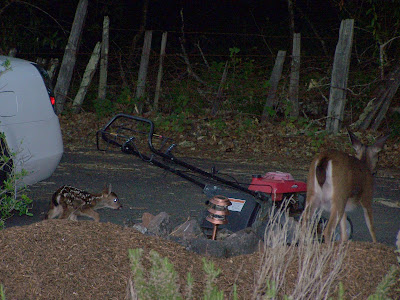 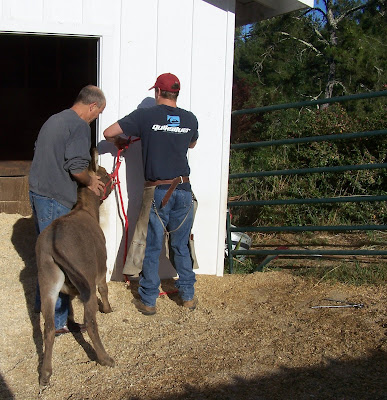 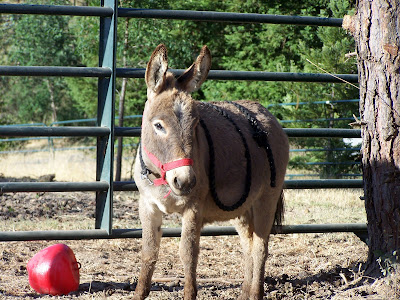 I wouldn't want this job. 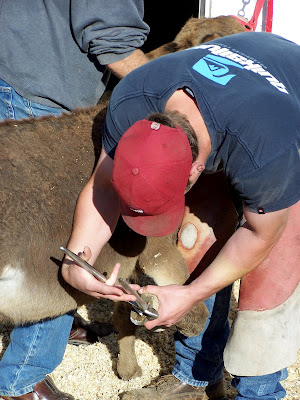 Weegie is all done. 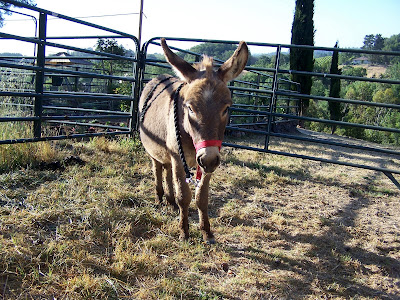