Hearing a Mountain Lion in the Morning, Missing a Hen in the Afternoon & Then Happily Recovering Her Later...All on Flag Day at The Lazy Vegan! 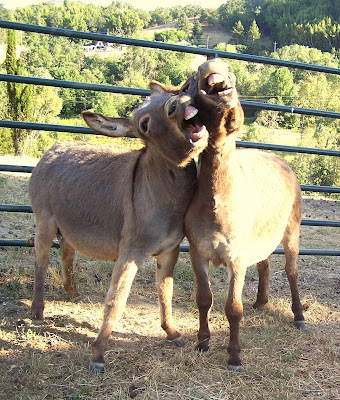 Really silly donkeys today!
To hear what I heard, go to: http://animals.nationalgeographic.com/animals/mammals/mountain-lion.html
and click on the hear mountain lion...it is similiar to what I heard, minus the hissing noise.
WHAT A DAY at The Lazy Vegan!!! Woke up this morning around 5:30 a.m. and took the three terriers out to do their business as usual...Bravo on a leash (because he's the only one who tends to take off)...immediately the dogs were agitated and started to growl and sniff around our fountain. Then suddenly I heard thunder. I looked skyward and it was foggy and a bit cloudy...but no rain. The dogs were really freaking out at this point (I thought Bravo was going to tear his other ACL) so I put them inside and went back out by myself and then heard the thunder sound AGAIN, along with a rustling noise coming from the woods. So I did what any dedicated blogger would do- I went back inside for my camera! I bravely ventured back outside and made it to our parking area when I heard the "thunder" SO loud that I contemplated getting into Randy's BMW...instead, I took a quick photo in the general direction of the sound and ran back into the house. When Randy woke up I told him all about it...but it wasn't until later in the morning that we googled possible animal sounds and Randy came up with a clip for the mountain lion...and lo and behold- it was EXACTLY the "thunder" sound I had heard!!! As the day progressed and the reality of my morning incident settled in, I definitely got freaked out by it. Randy went to Home Depot and bought a motion sensor light for the cabin and corral/barn area.
And as if the morning weren't enough drama for the day, Bella ups and disappears for HOURS in the late afternoon...we were sure she was history...Randy searched the hillside (with a big stick) and surrounding areas for a long time looking for feathers or some other evidence of her demise. And then suddenly she reappeared, casually walking up the path! My theory is that she was hiding out when some neighbors were playing really bad and loud 80's music...because shortly after the music thankfully stopped, she appeared. So all's well that ends well or however the saying goes at The Lazy Vegan on Flag Day! 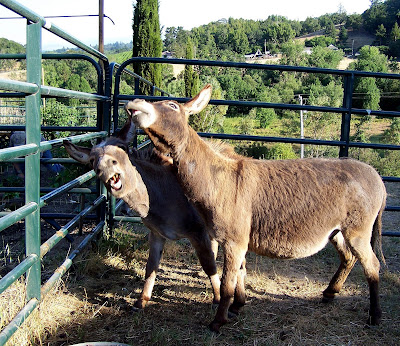 Goofing off near the corral! 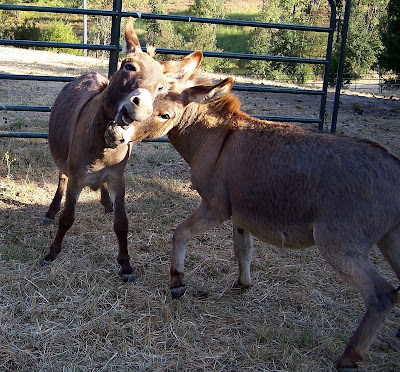 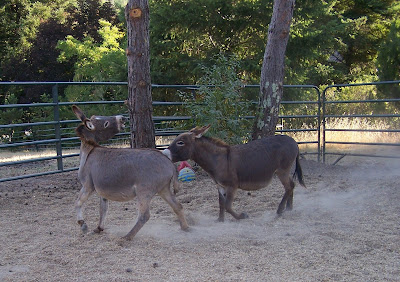 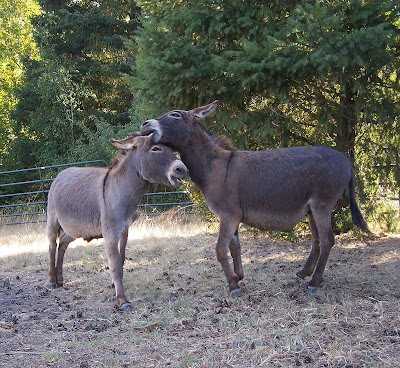 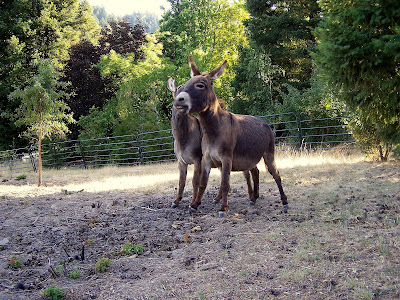 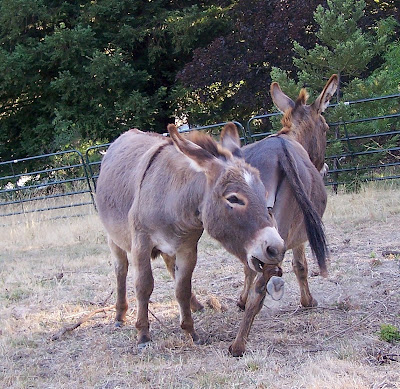 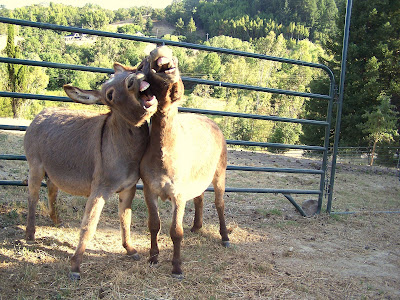 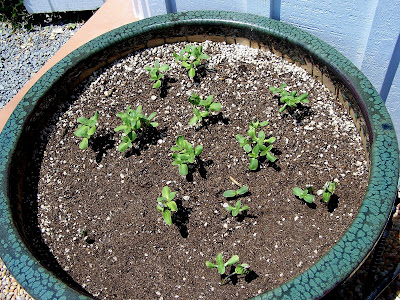 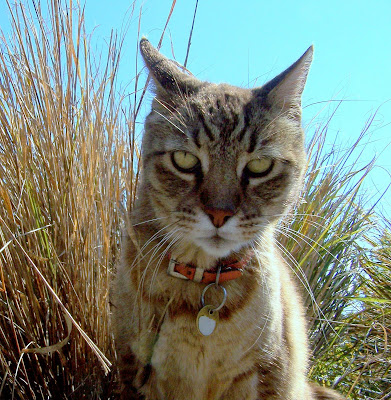 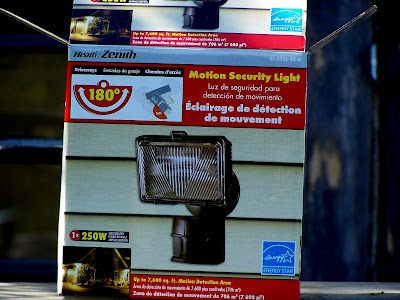 The motion sensor light to keep the mountain lions and others AWAY! 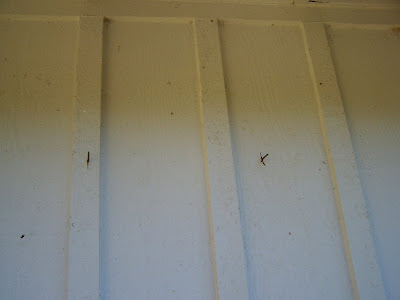 O.K., I had to do it- post the stupid photo of the nails I inadvertently drove through the side of the barn while hanging up the hooks inside. 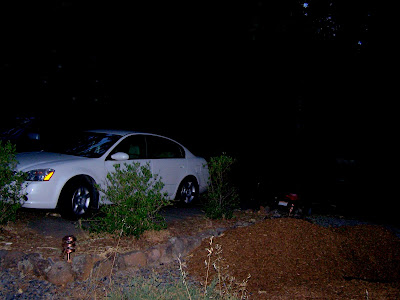 The quick photo I took in the direction of the mountain lion sound early this morning! 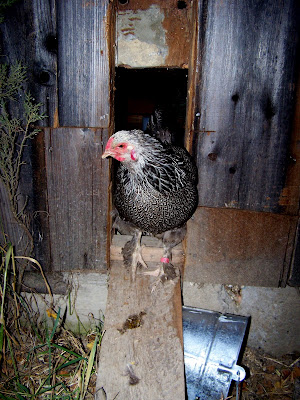 Bella and Sophia come out of their coop in the morning. 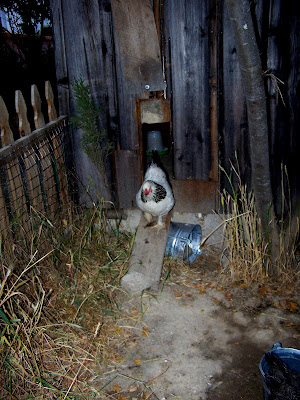 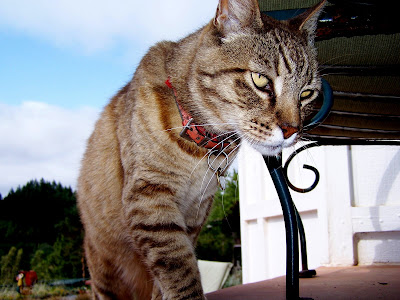 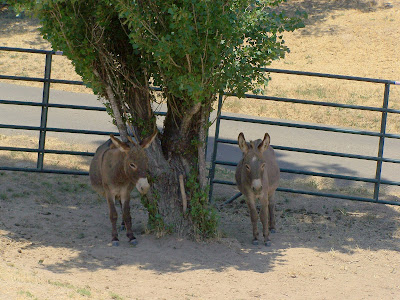