A Little Under the Weather at The Lazy Vegan 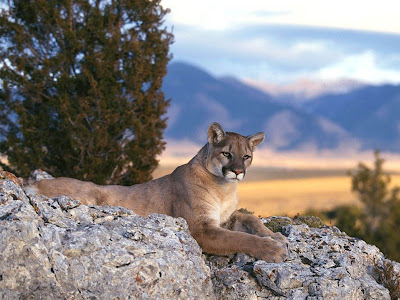 While home nursing a sudden summer cold today, I had time to do some more mountain lion research, including calling Fish & Game AGAIN because I never got a return call. This time I was told that the person who took my message yesterday gave it to the wrong trapper...the one who handles animal issues east of Hwy. 101...apparently there is also a trapper who handles the west side of Hwy 101. Trapper doesn't even seem to be the right word, since they generally don't trap and move mountain lions. At any rate, I left another detailed message (I'm sure they're starting to wonder about this woman in Forestville...just imagine if they knew I lived at a place I call The Lazy Vegan!) and hope to hear back tomorrow. In the meantime, thanks to many mountain lion videos on YouTube, I was dismayed to view one in which a mountain lion cleared some panel fencing (exactly what we have) in one effortless bounce to grab a lamb and then leap back over. So the fencing does nothing to protect the donkeys. I've read that the only true protection for livestock is to put them in a barn at night. If the real estate Gods smile upon us this year, maybe we'll build a state-of-the-art BIG barn and do just that. For now, though, I'm thinking good thoughts and am hoping that the motion sensor light (which works great- we discovered that at certain angles in the corral the donkeys set it off themselves!) and cleaning the property of all pet food and water will be protection enough. And I can always start sleeping out there with my boys...although after reading some other accounts of mountain lion attacks on humans (which I decided were far too graphic to be blog material), including one absolutely amazing story about a woman fighting off a lion to save her three children (which she did, but she died in the process), I frankly don't even want to contemplate fighting a lion. ANYWAY, enough of all this lion business...blame it on the cold, but for whatever reason it has become a new obsession of mine! Mountain lions on average eat one deer a week...UGH.
Check out the donkey video toward bottom of blog...just your average day at The Lazy Vegan! 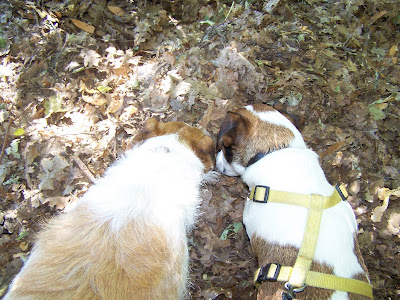 Toby and Bravo check out some smells. Naturally I instantly thought MOUNTAIN LION. 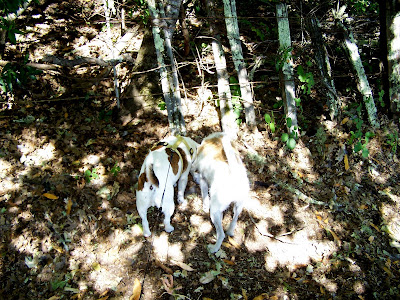 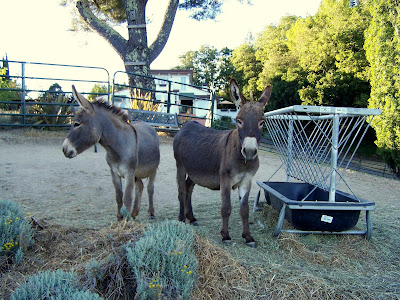 The boys don't miss a movement on the road. Here they watch a woman walk by. 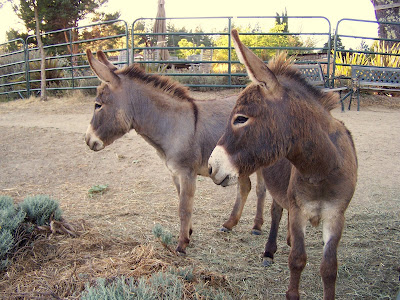 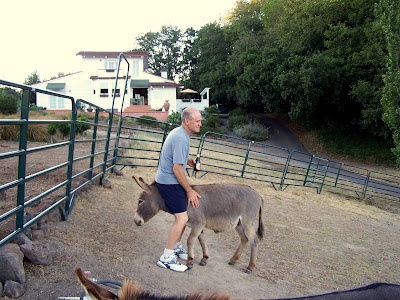 Papa is home to see his boys after tennis! 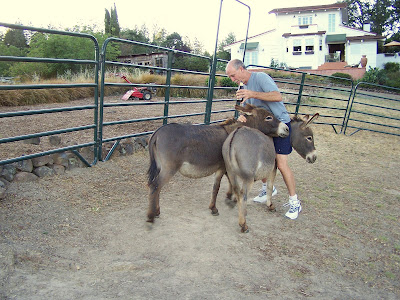 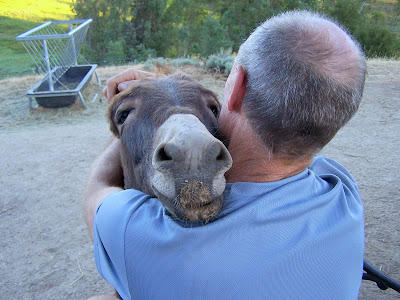 Paco gets a hug. 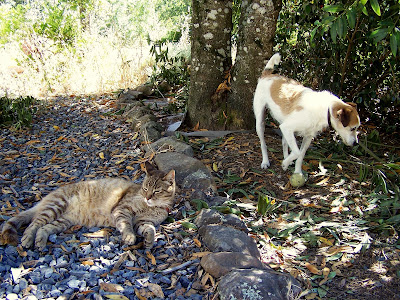 Toby still investigating, while Boulder remains uninterested in all this mountain lion hoopla. 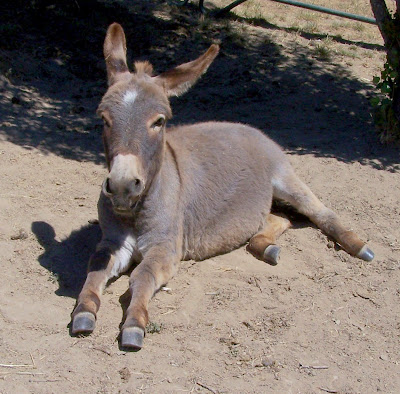 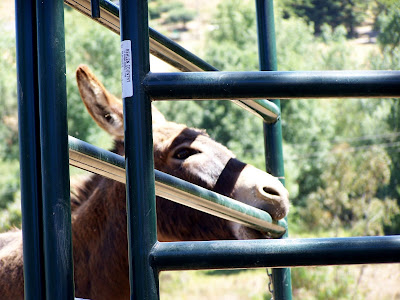 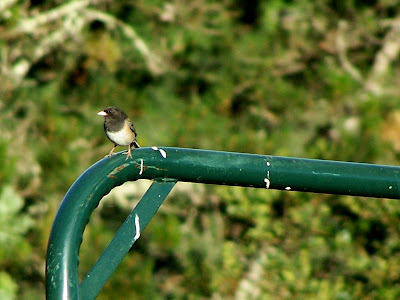 Love the birdies on the fencing. Paco charges Bravo. 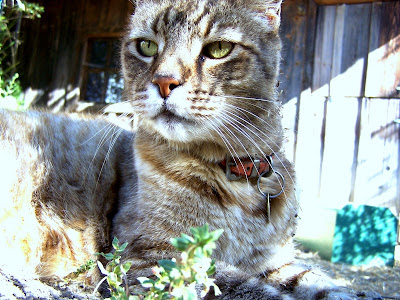 No cat, large or small, is as cute as my Boulder. 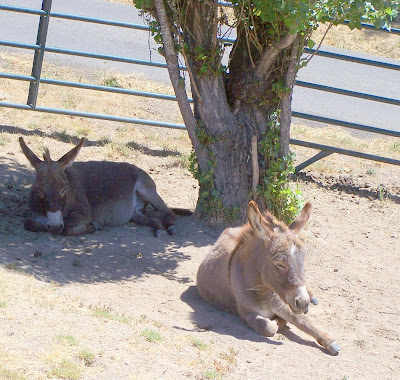 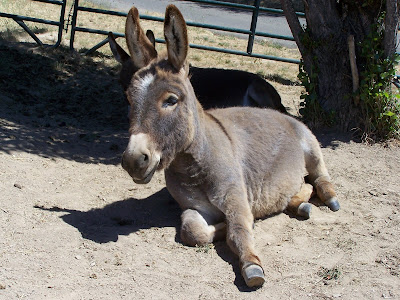 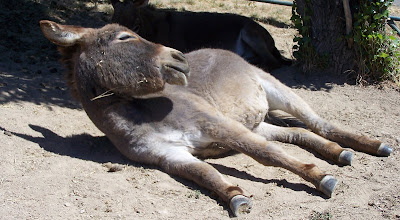 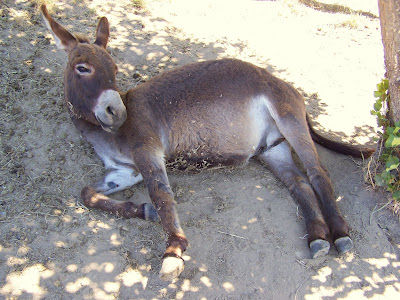 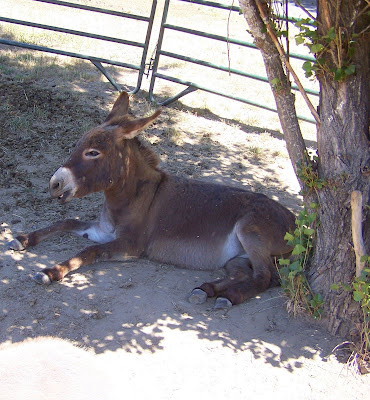 Hanging out Under the Poplar Tree Video!