Sweet Sunday at The Lazy Vegan 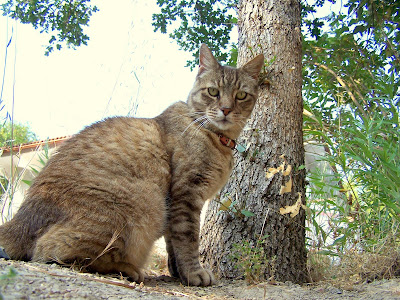 Just a sweet day at The Lazy Vegan...I did some homework for my online class and Randy played tennis, took down some trees and showed property while the donkeys chased one another, the puppies lounged and Boulder napped! 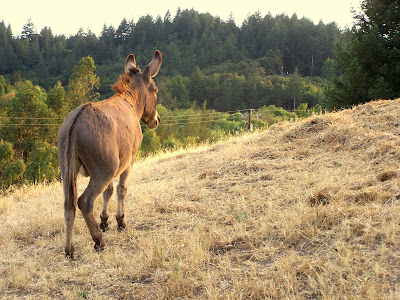 Weegie thinks about the day. 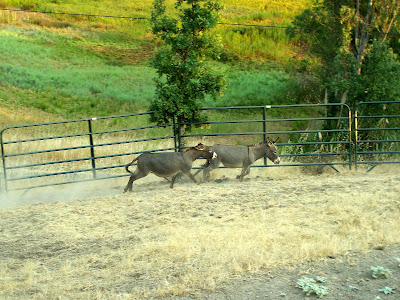 The donkeys raced around a lot today, always stopping when a car or person went by! 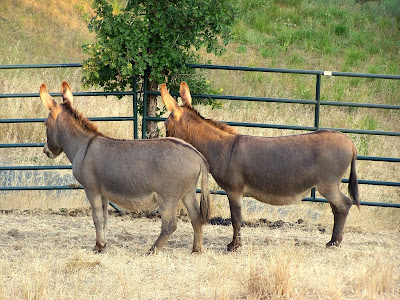 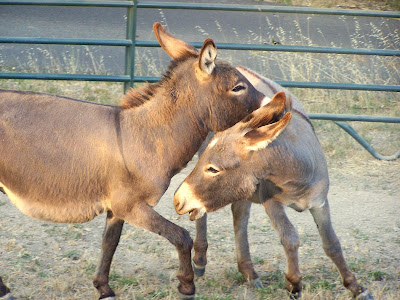 This is why they say you should not put donkeys in with goats- because donkeys play too rough! Check out the beginning of Paco's back kick below! 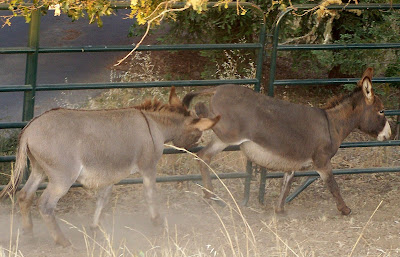 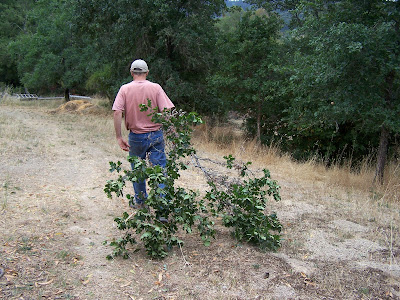 Randy took down some oak trees to open up the view line today. We have TONS of oak trees on the property. Valentine the cat is buried by this one that was taken down- I may have to move her spot. 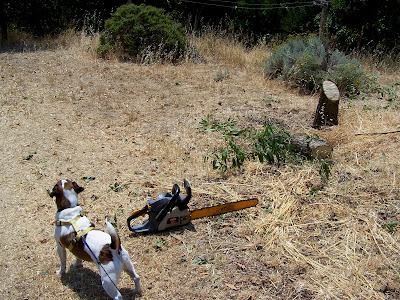 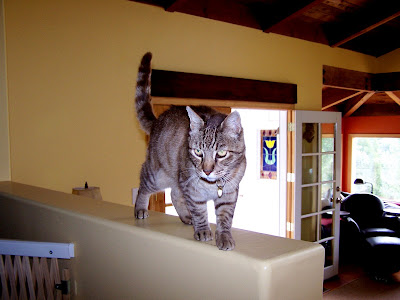 Boulder woke me up FOUR times last night. Going out, coming in... 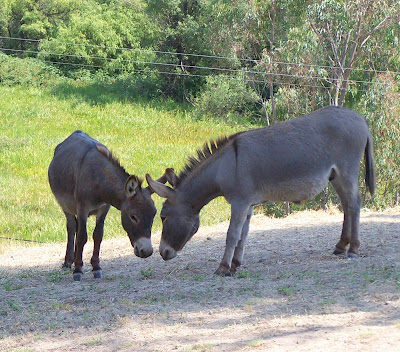 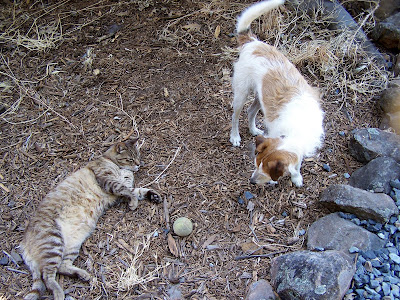 Poor Toby. Not even Boulder will toss the ball for him.

My little ad or what-have-you for The Lazy Vegan: 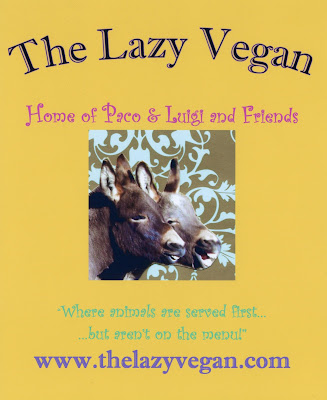 Here I've been blabbing about coming up with a logo for The Lazy Vegan...and I then realized that I didn't really know what a logo was...I was thinking more along the lines of just some little marketing photo to get the word out about The Lazy Vegan. Now I need a SYMBOL! Any suggestions??
DEFINITION: A logo (Greek λογότυπος = logotypos) is a graphical element, (ideogram, symbol, emblem, icon, sign) that, together with its logotype (a uniquely set and arranged typeface) form a trademark or commercial brand. Typically, a logo's design is for immediate recognition, inspiring trust, admiration, loyalty and an implied superiority.[1] The logo is one aspect of a company's commercial brand, or economic entity, and its shapes, colors, fonts, and images usually are different from others in a similar market. Logos are also used to identify organizations and other non-commercial entities.