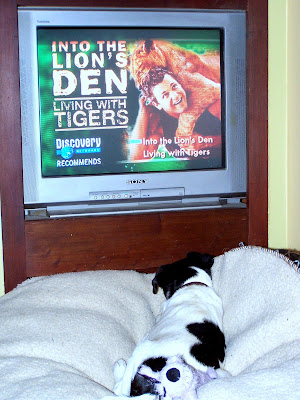 Late last night we were in the middle of a documentary about lions in Africa...(Solo is shown here in his usual front-row seat...he likes to be right in front of the action!) when suddenly I noticed that the motion sensor light went on by the barn. I hopped up and ran for a flashlight while Randy found his shoes. It felt like a drill. We headed out (well, Randy went out first) and found Paco & Luigi standing in the doorway of their barn all bleary-eyed and blinking from the bright light. Randy thought they had set it off, but I thought it was a deer (or a coyote...or a mountain lion...or an alien...just about anything has crossed my mind lately as far as potential predators go). So we went into the corral and huddled around the little barn with the boys and waited for the motion sensor light - which stays on for a minute - to go off. And then I hunched down to mimic the height of the donkeys and wandered around the corral, crouching as I went- and I did NOT set off the motion sensor light- so something ELSE had. I think we need to get one of those nighttime video cams and direct it at the barn- like a surveillance system! 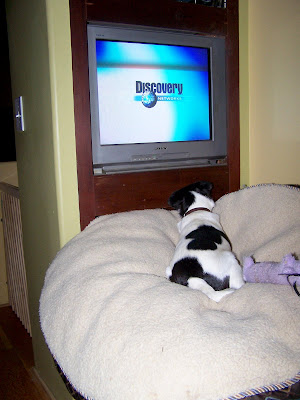 The Discovery Channel lion show on a Saturday night with the dogs and cat. It just doesn't get much better than this! 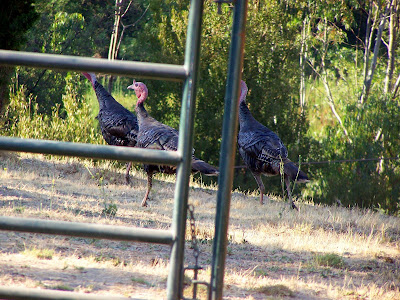 The turks come around less without the chicken food around. Still miss my girls. Sniff. 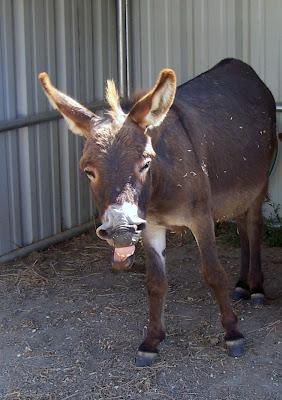 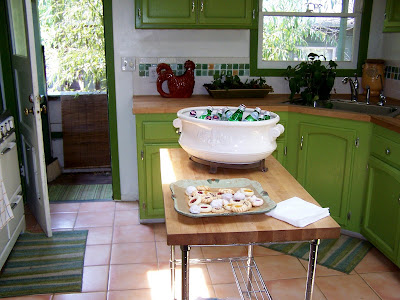 The cute kitchen at my open house, and the book I read while there- essays about mountain lions! 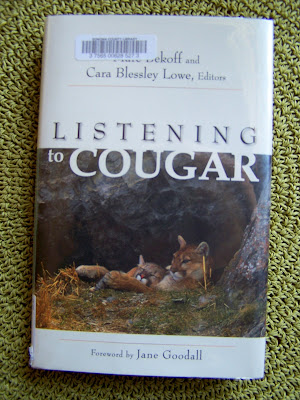 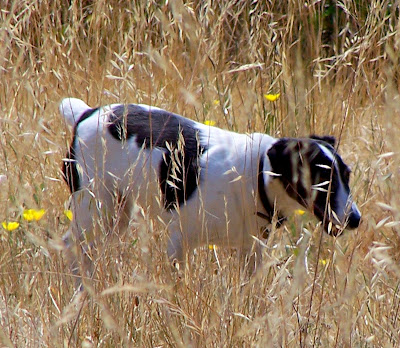 I always have to check Solo for foxtails, etc. after he wanders in the grass. 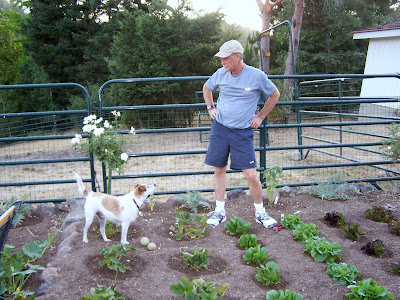 Toby and Randy discuss the lettuce. 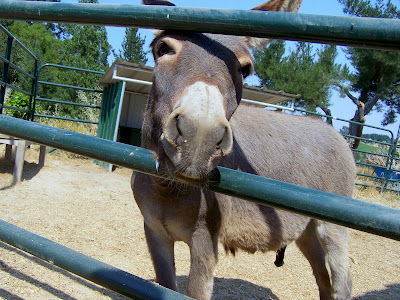 Hungry boys- I was late with dinner. Check out the rather long dinnertime video at bottom. 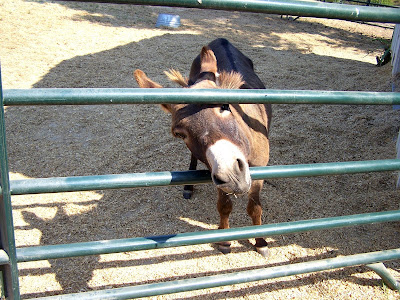 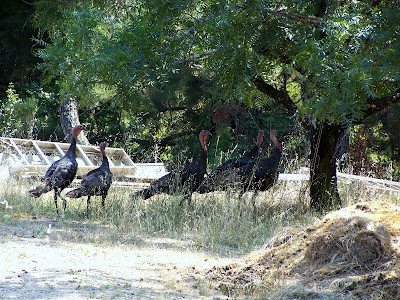 Hungry turkeys, too. Too bad. I want them to move on. Don't want anything around to attract larger predators at The Lazy Vegan! 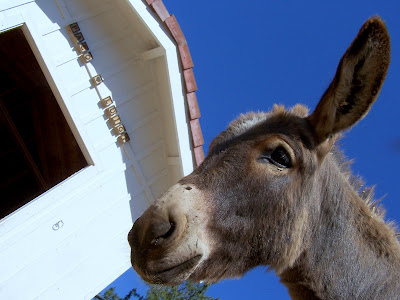 What a great Weegie face! 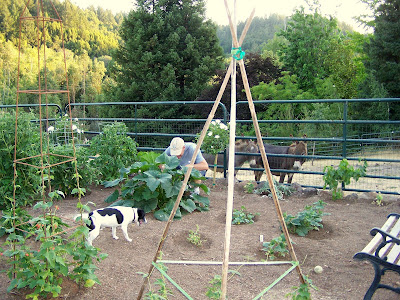 The garden is coming along! 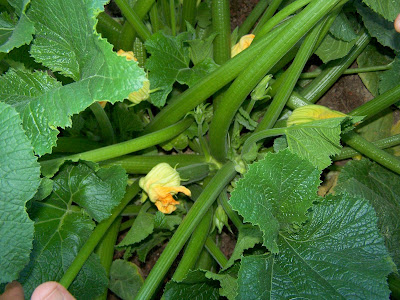 Zukes above and tomatoes below. 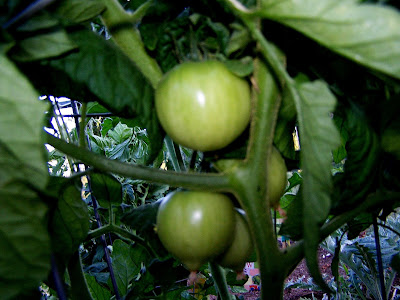 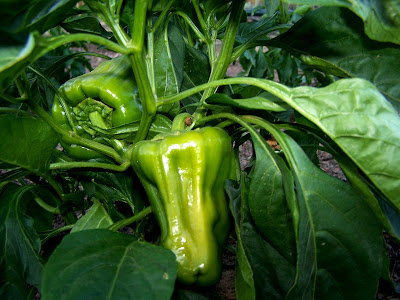 Toby with TWO balls by the lettuce. 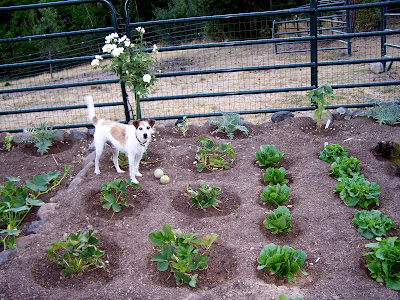 Dinnertime at The Lazy Vegan