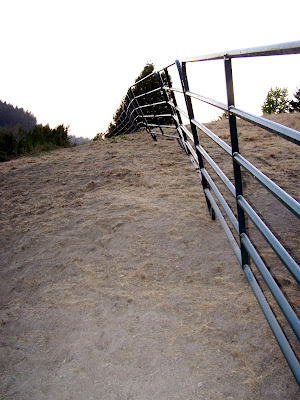 We like to end our holiday weekends on a high note here at The Lazy Vegan...so early this evening we spent several HOURS straightening out the fence line. It has been leaning much like the Tower of Pisa along the road. Fixing the leaning is easier said than done-- while the fencing is great in that the panels come apart, as soon as you take it apart the whole thing takes on a life of its own-it is nearly impossible to hold it up & together. At one point we almost had it to where we could fasten it back together and then it collapsed (this was my fault, although I forget why). During all this excitement the donkeys were tucked away in the smaller corral, munching on their dinner- which was a good thing, since for hours there were huge gaps in the fencing. To make a long and bickering story short, we finally got it back together- Randy used the truck for pulling power and a neighbor came over to help...another neighbor walked by with his dog and wanted to know why the "mules" weren't being used to pull the fence instead of the truck!! 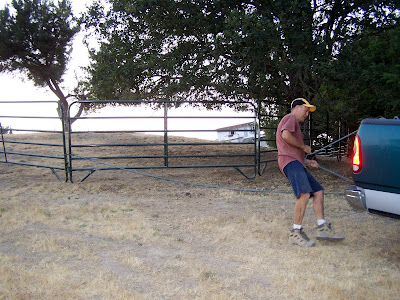 The truck (and the Lazy Vegan Foreman) comes in handy once again. 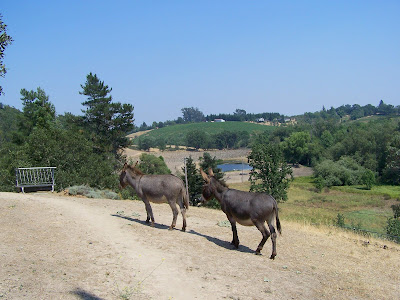 The donkeys before all the fencing moving, wondering where there dinner is. 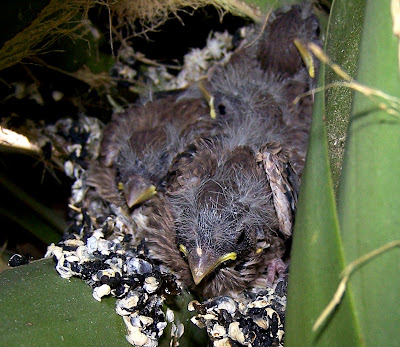 The baby Finches are chirping now!!!!!! 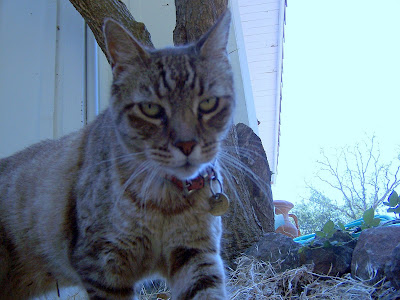 Boulder was a bit bored today. 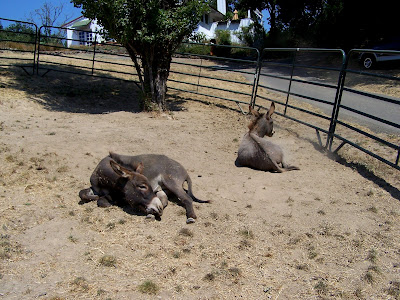 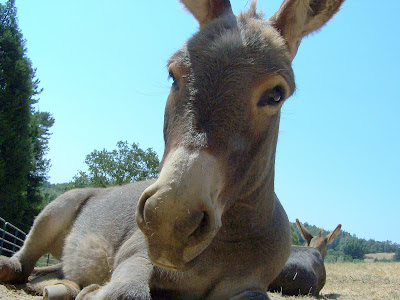 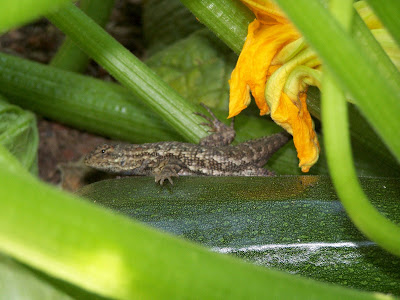 Lizard in the garden and me with all the zukes! 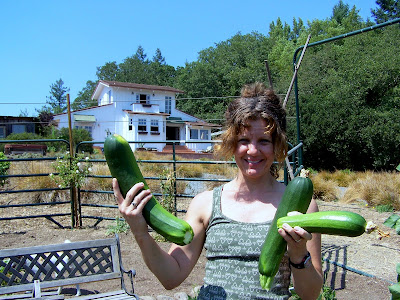 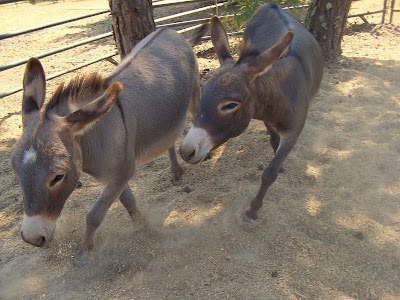 The donkeys, I'm sure, appreciated all the fence work. Actually, I'm not that sure...but I like to think that they did.