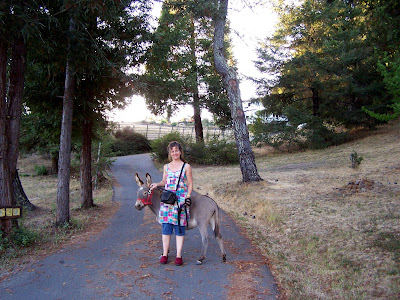 We took the boys for a walk down Ellen Lane this evening...a day after putting fliers in neighborhood mailboxes, alerting everyone of the fresh kill (a fawn) found on our neighbor's property. (The neighbor's cat is also missing). After emailing photos that I took (before the buzzards picked it over), Fish & Game determined it was NOT a mountain lion kill but most likely the work of a coyote or a dog. Randy, the foreman of The Lazy Vegan, was kind enough to bury the poor fawn while the birds of prey circled above. All of this happened a stone's throw from the donkey barn, so I was pretty uptight-and still am- about the whole thing- but very happy to hear it was not a mountain lion. Apparently mountain lions cover their kill and then go back later to feed. Nice. I'm going to get a solar sensor motion light for the back side of the barn, and then I'm going to suspend all the worrying, and just focus on the goal of getting a nice barn with doors! 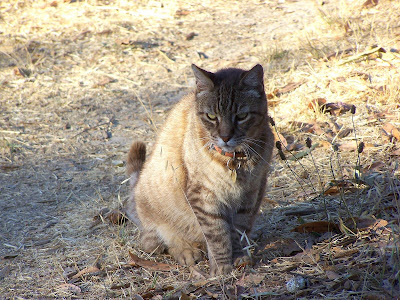 Boulder was a bit spooked by the donkeys walking by him! 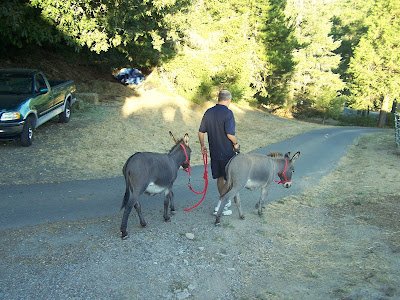 Heading down the drive. 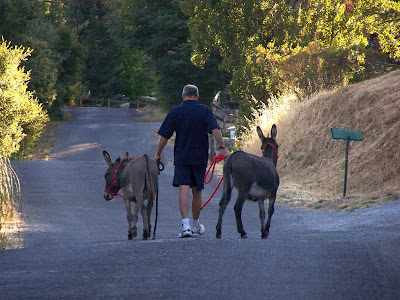 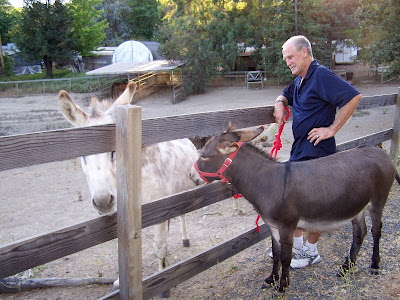 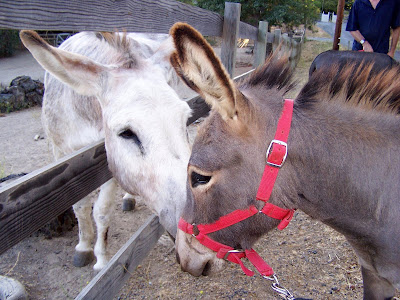 Beautiful veggies from the garden! 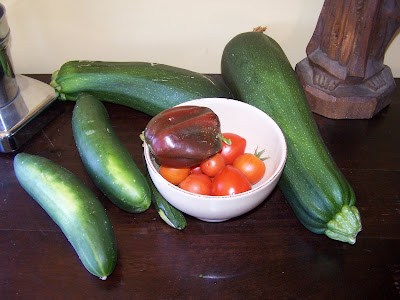 Two horses on the hill...two donkeys on another! Warning...the next few photos will be of the fawn carcass... 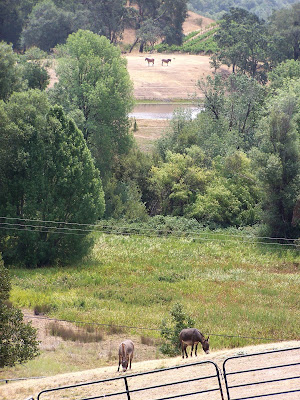 Fish & Game said this about the kill:
Dogs and Coyotes kill from behind- and then eat from behind. Coyotes usually eat everything, even the leather collar of a pet. Dogs will usually not eat everything...which is what made us think this could still have been a dog- and which was one of the reasons we wanted to alert the neighborhood. 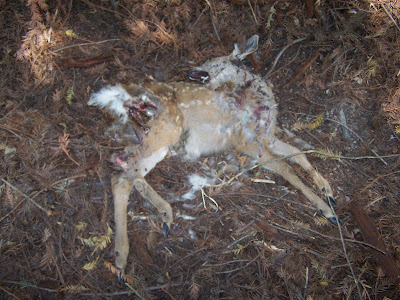 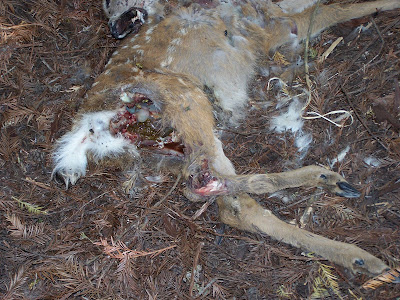 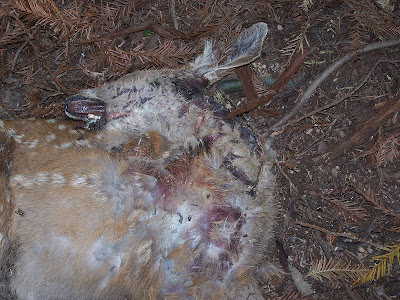