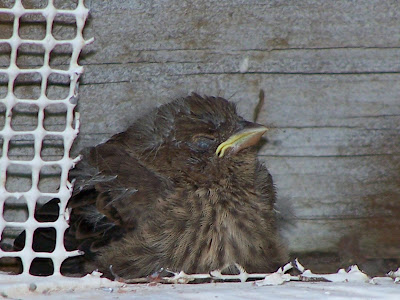 The foreman of The Lazy Vegan was a HERO today- he rescued a baby finch! It is bizarre, but somehow one of the baby finches must have flown into the basement and got caught in the vent area, and Randy happened to notice it- which was really good, because there was no way it could get back out. Randy cut the vent from the outside of the house and after about an hour, Baby and Mama Finch were reunited...I didn't actually see the reunion, but I heard the chirping back and forth (while keeping an eye on the situation- I put Boulder indoors and scared off some hawks circling above) and finally the chirping stopped, and the little birdie was gone. So, three cheers for the foreman of The Lazy Vegan!!! 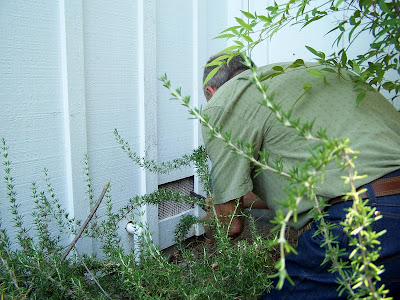 It is amazing that Randy spotted the little guy! 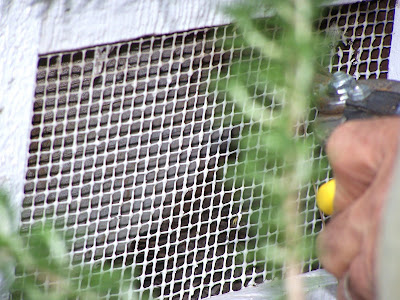 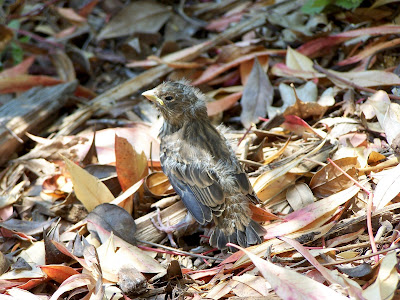 This is later, after he/she got out...I took the photo with my zoom lens, so not to disturb the eventual mama/baby reunion! 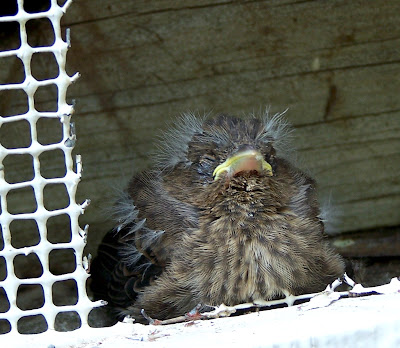 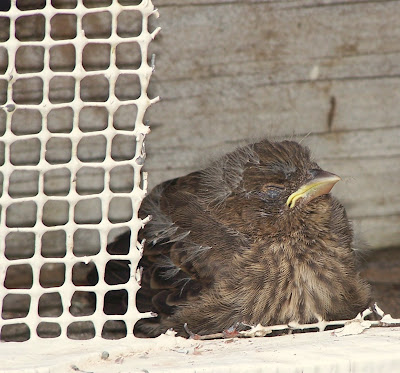 Trapped inside the vent and probably pretty scared... 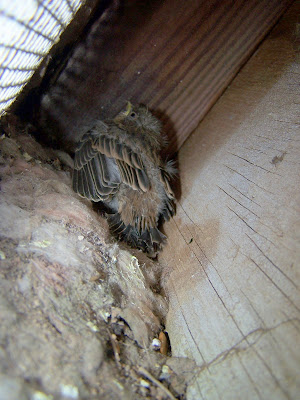 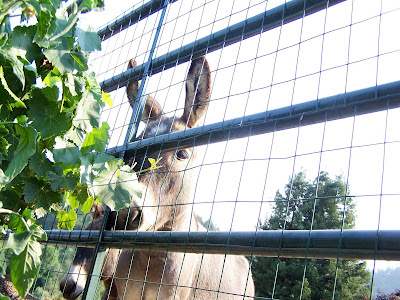 Luigi peers in the garden from the pasture. 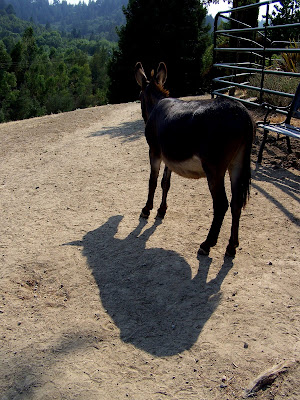 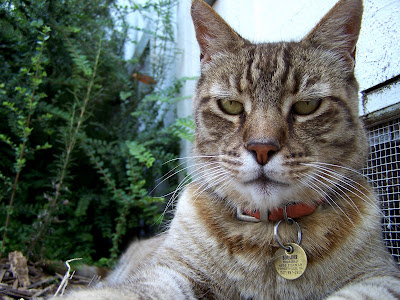 Boulder outside another house vent, after I let him back out. He looks annoyed to have missed the opportunity. 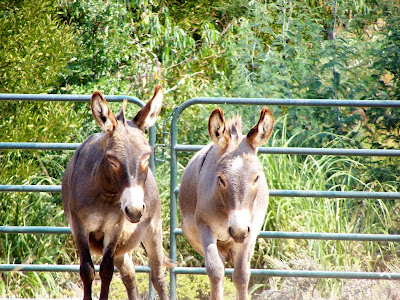 The snack time stare down. 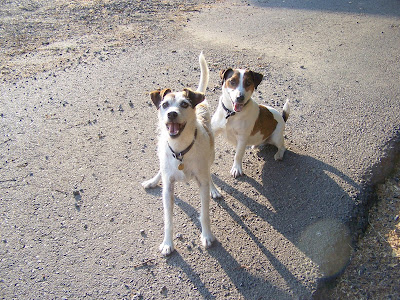 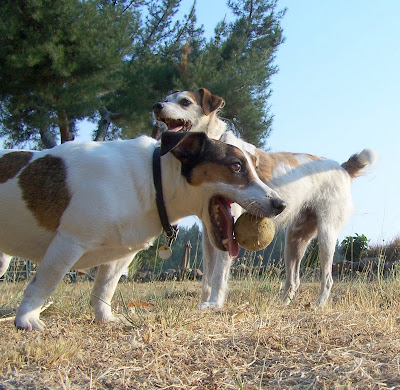 It finally cooled off enough to play ball. 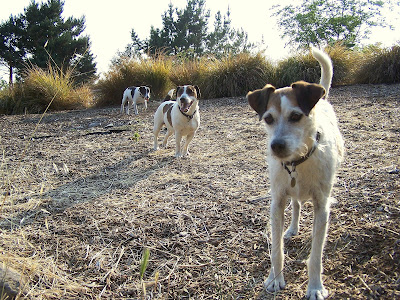