A Simple Tuesday at the Lazy Vegan 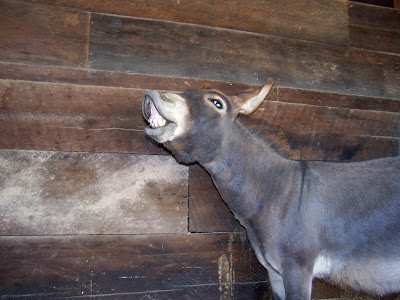 Paco salutes the day!
Today I had the opportunity to reflect back on what I was doing on this day, 23 years ago...rushing to the hospital after a very quick labor to give birth less than an hour later to a baby girl- Karina! I saw Karina on her real birthday today and still can't quite believe she is twenty-three! It just seems amazing how the time has flown...she is such the opposite of me in that she is very modest about her birthday and low-key about any fanfare- while I do everything short of renting an airplane with a banner to announce MY birthday to the world!
Happy Birthday, Karina...the donkeys, dogs & Boulder are singing Happy Birthday in their own way! 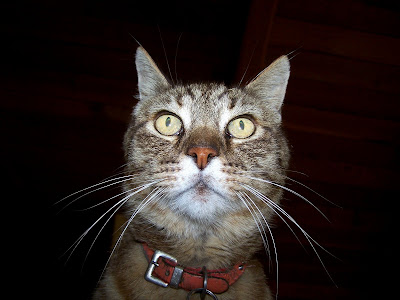 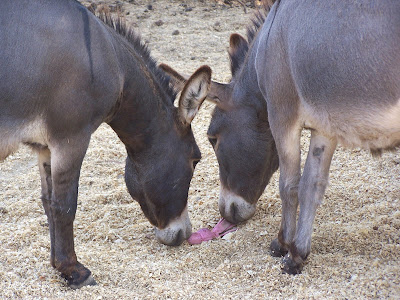 Fascinated with the pink dog toy in the corral. 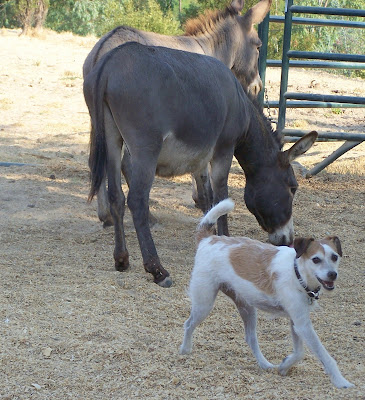 Toby is a little unsure how to retrieve his pink toy when it is so close to the donkeys! 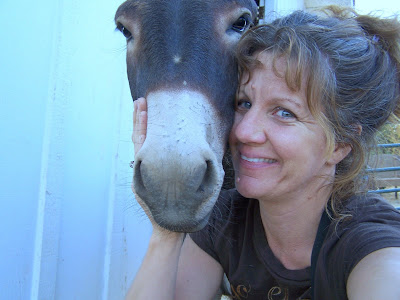 My attempt at using the new-found self-timer feature on my camera failed when I set it on the donkeys' "dining shelter" and it fell off! So I resorted to my old, arms-length method of photography for the time being. Paco is very patient at posing. I think he enjoys it! 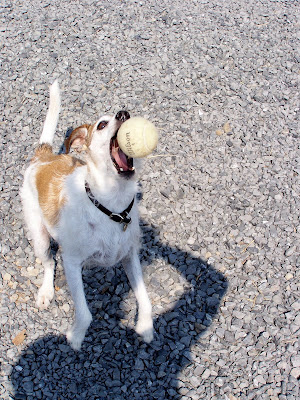 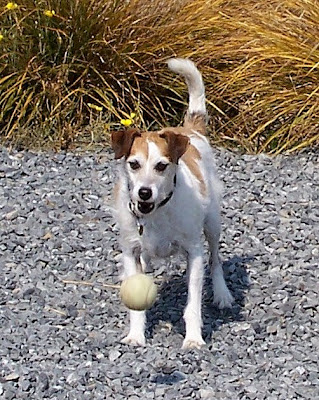 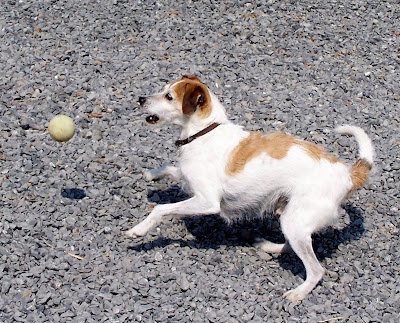 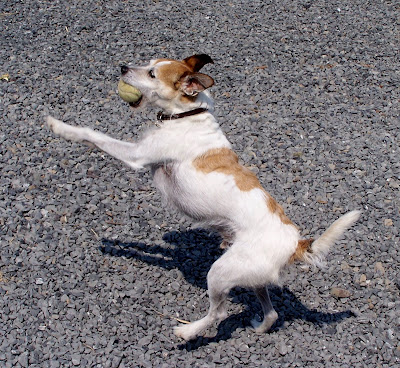 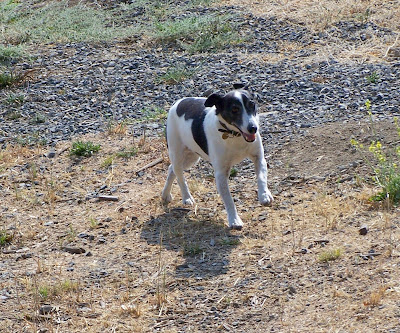 It's nice to have a brother to rest your head on. 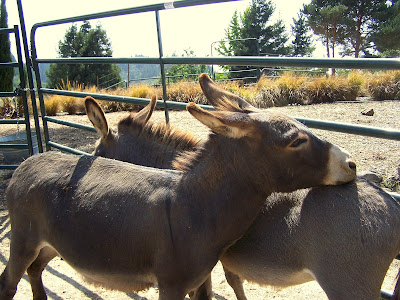 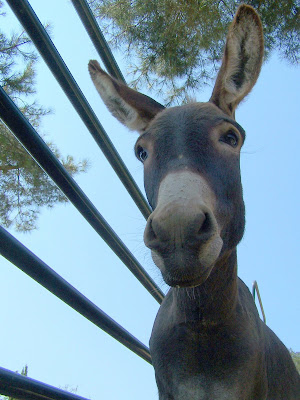 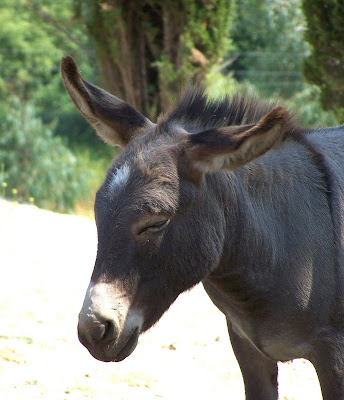 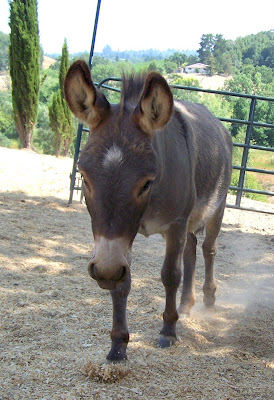 Luigi has been coming around for more affection lately- although he still makes a beeline to the foreman of The Lazy Vegan as soon as he enters the pasture, sometimes even making a wide circle around me to avoid a hug from me! Thankfully Paco makes up for it by accepting kisses and hugs all the time. 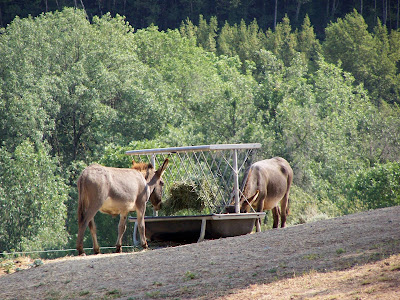 Not a bad place to stand and munch your hay!