Super Saturday at The Lazy Vegan 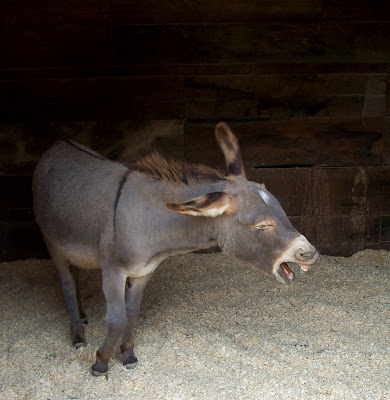 Luigi finds something simply hilarious!
Another fun one at The Lazy Vegan...the donkeys were in good moods today, despite the fact that I had forgotten to put their hay in the feeder for the morning feeding, a routine I usually do the night before when they're in the corral. So I let them out around 5:30 a.m. and shortly afterwards heard some loud braying...both of them looked annoyed when I rushed out to see what the matter was! Of course I was forgiven (and almost trampled) when I hurriedly took out a flake of hay to the pasture! 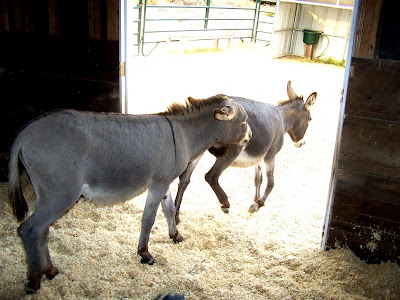 Playing in the barn. 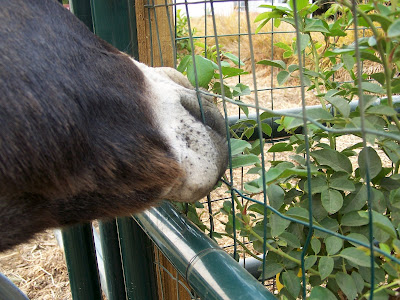 Paco figures out a way to get into the garden above...both boys eye the house, below. 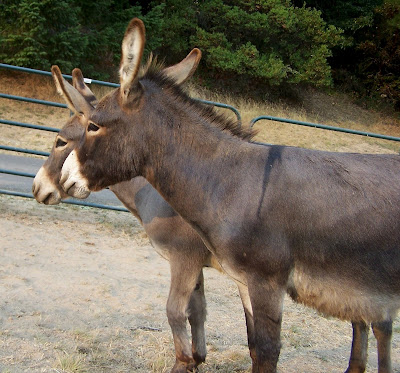 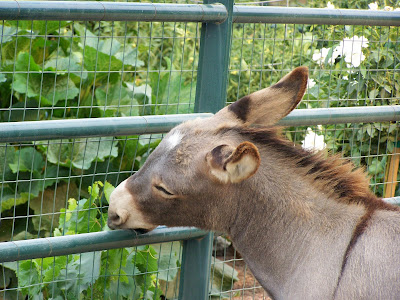 The boys have discovered that they can push in the wire and get a few nibbles on the forbidden vegetable plants! 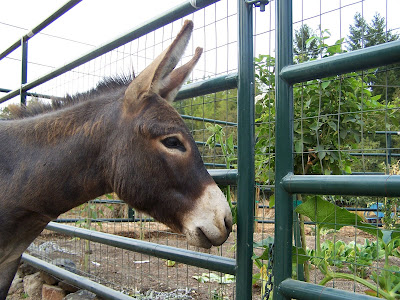 This takes up hours of their time... 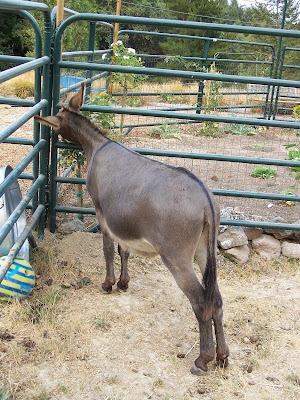 I don't blame them for getting into the garden- the grazing is getting to be pretty sparse. 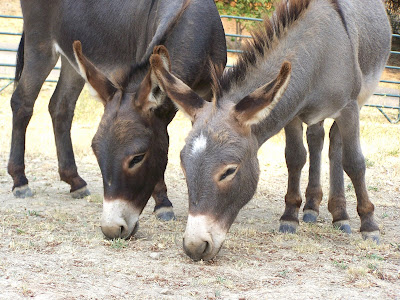 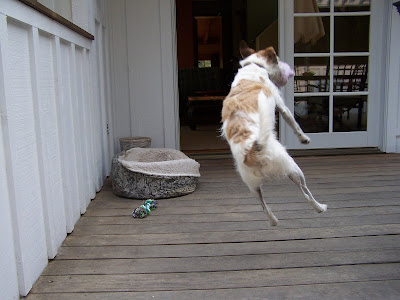 Toby goes wild on the deck. 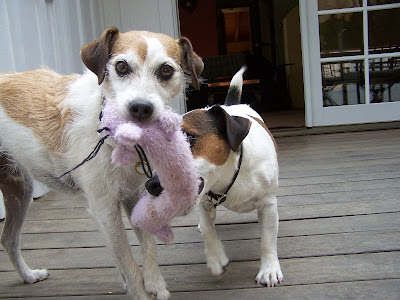 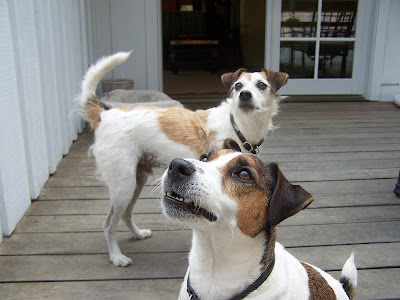