All's Well on Another Exciting Friday Night at The Lazy Vegan 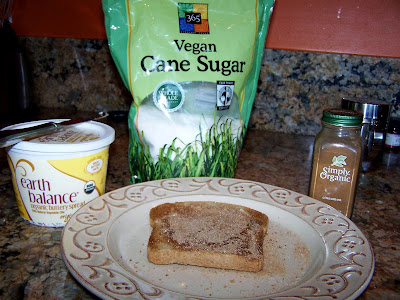 It was a toss up this evening- go to Randy's softball game or stay home and have some cinnamon toast and hang out with the animals...and the toast and donkeys, dogs and cat won! I love to go to the softball games and haven't been to one yet this season- so next week I'll go for sure. After a healthy dinner I made some yummy cinnamon toast for dessert and then headed down to the pasture to visit my boys...and they both were very interested in me- I must have smelled good! (Like a bakery!). Luigi has been very funny & playful lately- he still won't let me kiss his snout (but he'll let Randy) but he'll tolerate a back scratch. Paco was pretty pensive this evening...he seemed to have a lot on his donkey mind! And the dogs were their usual obnoxious selves...they're intrigued by the neighbor's new dog, Lucy- even though they haven't actually met her yet. They KNOW she's there (in fact, they've already sent her a "welcome to the neighborhood" bone and card!). 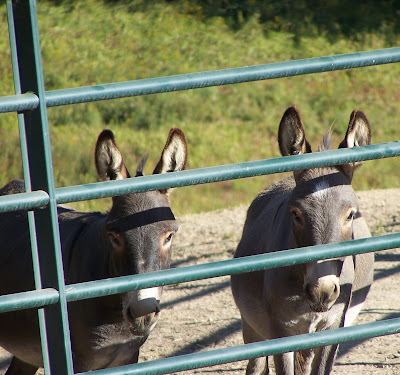 First the hee-haws, then the LOOKS. 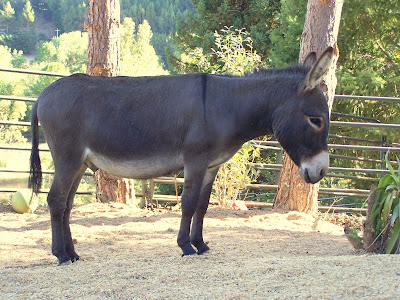 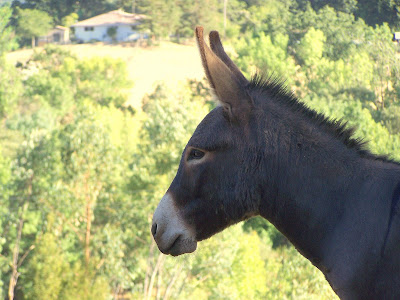 Boulder hangs over the terrace. 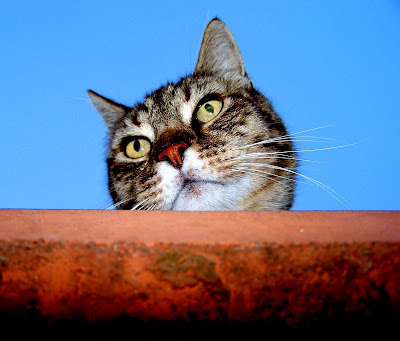 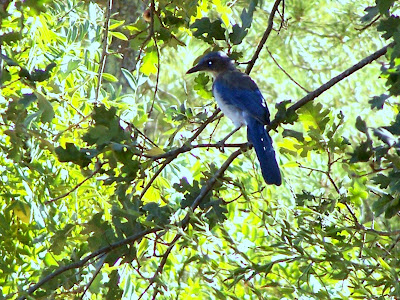 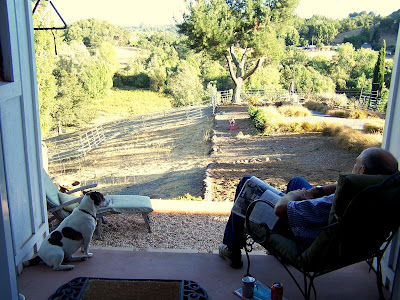 And a lizard relaxes! 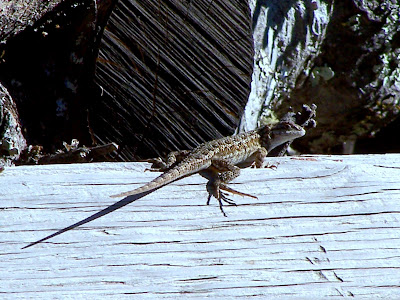 Toby and the lawnmower. 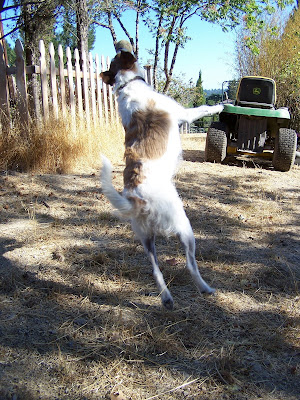 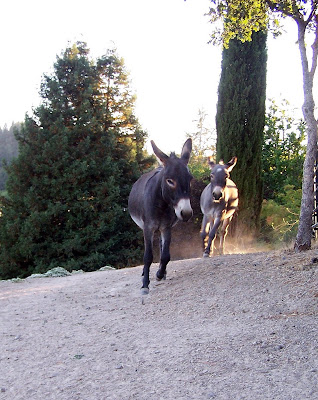 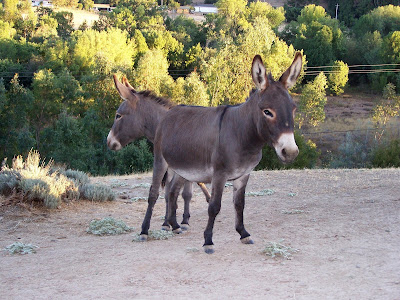 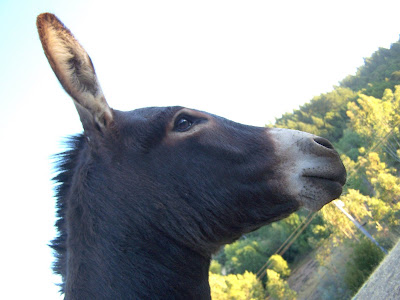 Luigi watches somebody walk by on the road below. Boulder's classic stare. He's been a pain at night lately...in and out, in and out. And he's very finicky about his food. I'm in denial about the fact that he's starting to "phase out" a bit- this is exactly what Valentine did the last year of her life. Can't even think about it!! 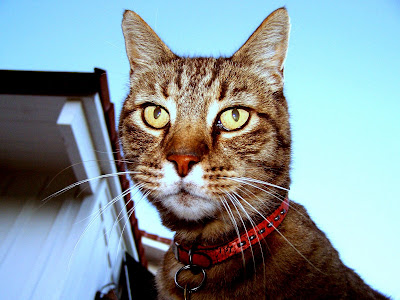