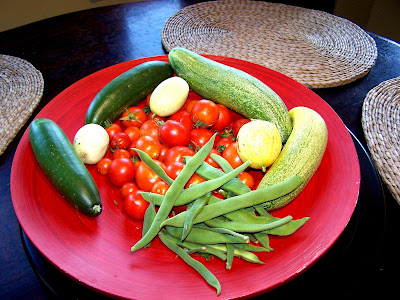 Bounty from the garden! Cucumbers (two kinds), beans (two varieties), & tomatoes...and lots of zucchini that takes over. We had a lazy afternoon here at The Lazy Vegan. I gave the donkeys some apple slices and they still are underwhelmed by apple treats...but were very happy to get their dinner earlier than usual! I even watched some afternoon t.v., which is unheard of...but it was the olympics (rowing)...Randy and I cheered on some pale guy he dubbed "the mall guy" who ended up placing second. Rowing doesn't seem that athletic somehow...although I know it is. Really any olympic event is worth watching...although when the rowing kept going on and on (they just kept adding rowers) it was a bit much. 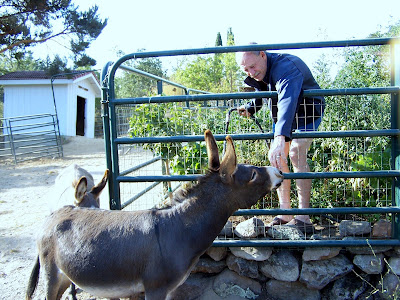 The donkeys come over to say hi. 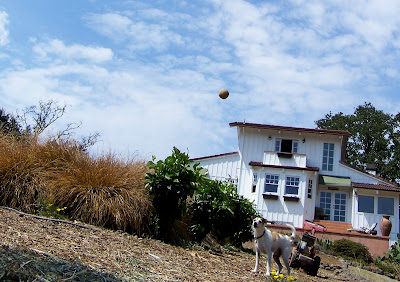 Toby keeps his eye on the ball. 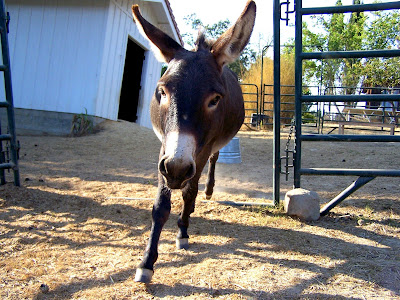 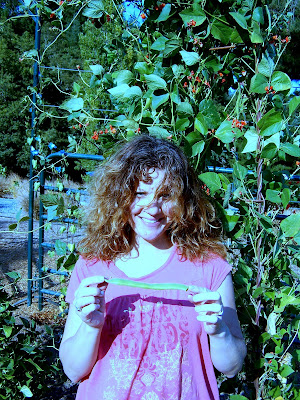 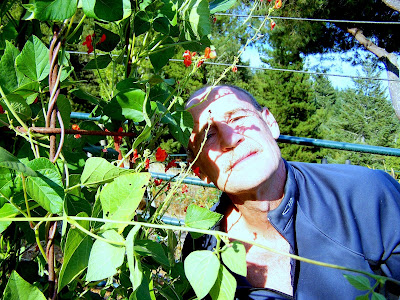 Randy doing his impersonation of Jack in the Beanstalk. 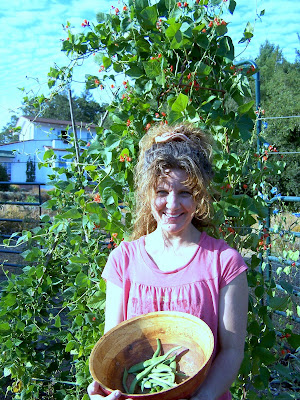 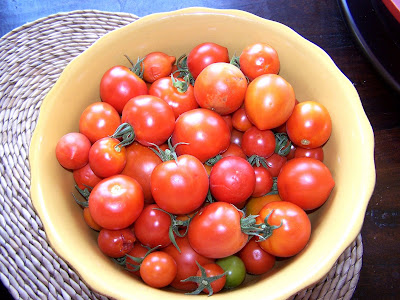 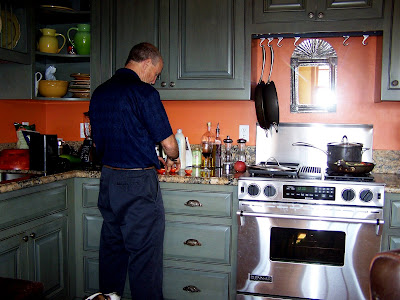 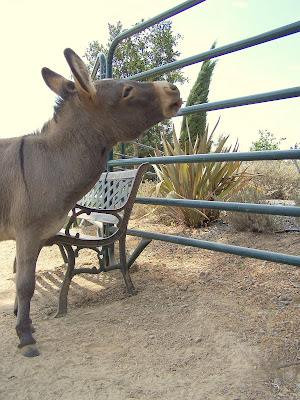 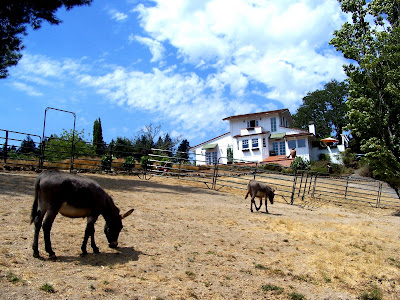 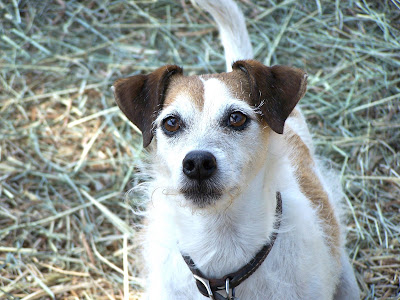 Toby's mission in life is to watch the ball. 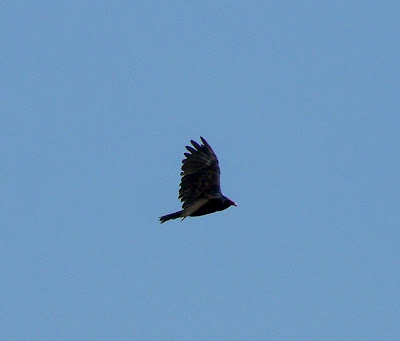 Hawk above, bean below. 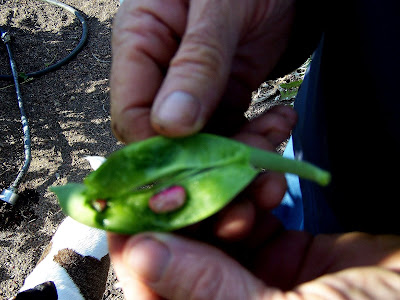 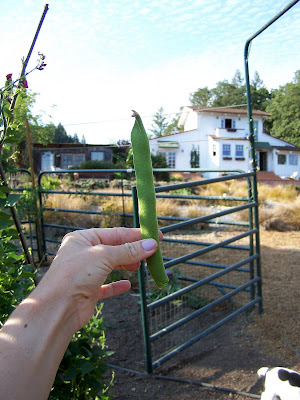 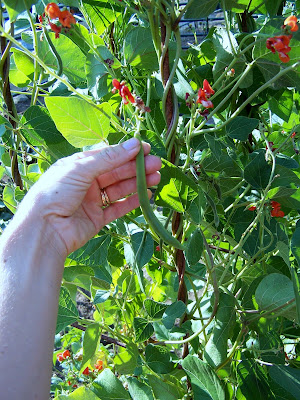 Bravo had a bite. He wasn't that thrilled with it. 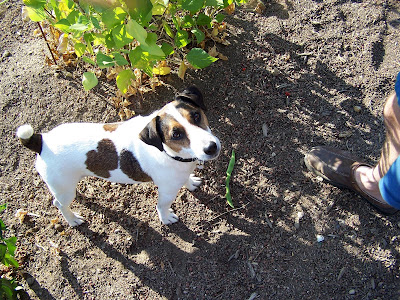