An interesting thing happened at The Lazy Vegan yesterday...or was it the day before? Now that I don't do the blog daily I'm losing track of time! Anyway, I had uploaded some photos on Facebook (new to Facebook- very fun to see people from the past), including the "Dan the dragonfly" photo with a short explanation of the Dan the dragonfly encounter...and about an hour later I went outside with the dogs and started to walk down to the barn when I saw a dragonfly in front of me. Suddenly, there were TONS of dragonflies around me- maybe 15 to 20 in a big swarm- I've never seen anything like it! I called Randy out and we stood around and felt the dragonflies zooming by. Check out the video at the bottom - although unfortunately it didn't really come out- one dragonfly in particular would come very close to our faces. I think it was Dan visiting with his new buddies from Heaven! 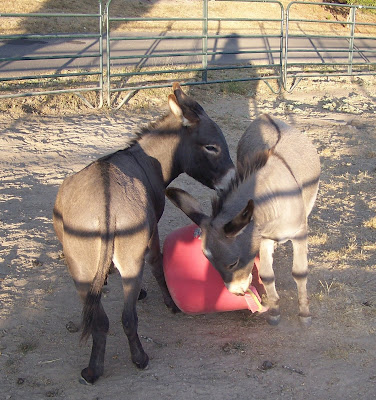 Paco and Luigi helped clean up again, and then spent some time wrestling. 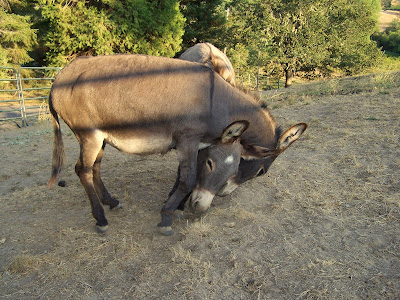 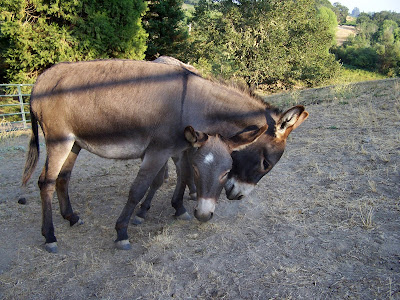 Paul's birthday gift to Randy- a cool token of his trip to New Orleans! 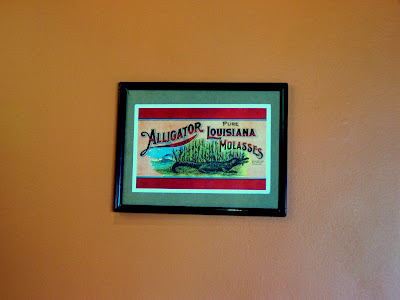 Boulder takes it all in. 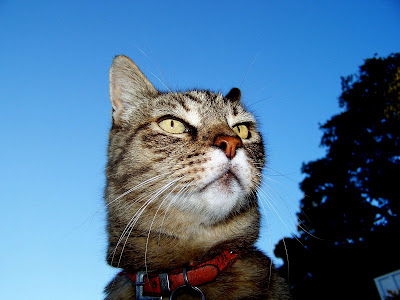 Randy goes to give the boys their carrot treats. 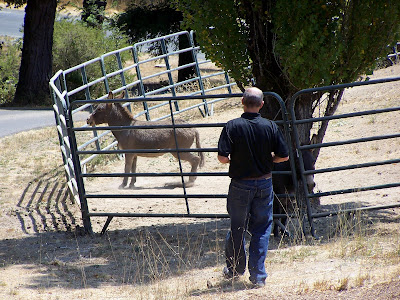 Toby will probably do this till the day he dies. 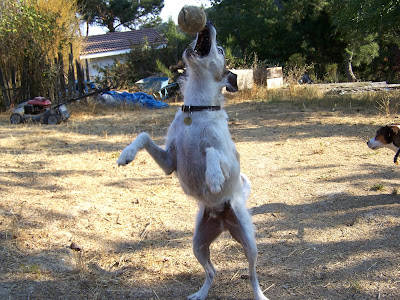 Lots of fun to move the bucket around! 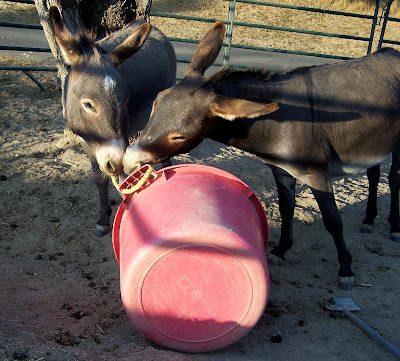 The Dragonfly Video! Long and not all that great...but look closely and you'll see some dragonflies!