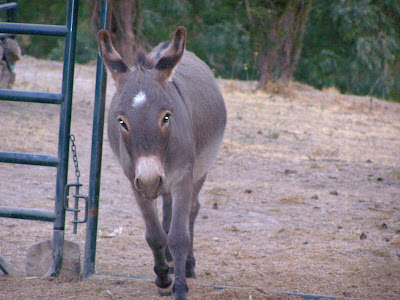 Luigi runs into the corral for bedtime sweet grain!

A pretty exciting night alone here at The Lazy Vegan...well, never exactly alone, when one counts the animals! But the foreman of The Lazy Vegan was at his high school reunion- just the golfing portion of it...so I partied down big time: got myself some dinner to go from Whole Foods (yippee!), including a slice of chocolate vegan cake and an organic cola (life just doesn't get much better than this) AND the latest issue of BARK magazine! Then I played with the dogs, hung out with Boulder on the terrace and cleaned up in the pasture while the donkeys ate their dinner. Now I'm off to watch some olympics. Whew! Friday nights can be exhausting! 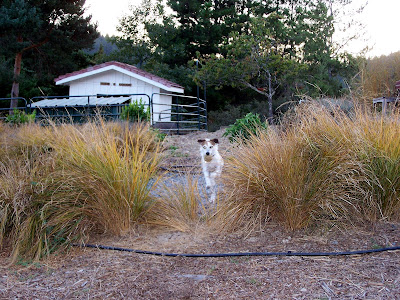 And, of course, I threw the ball a zillion times for Toby. Boulder was in a pensive mood tonight. 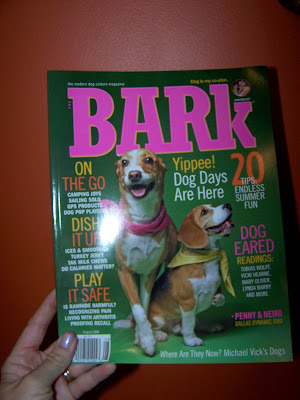 Maybe I'll let the dogs read it after I'm done. 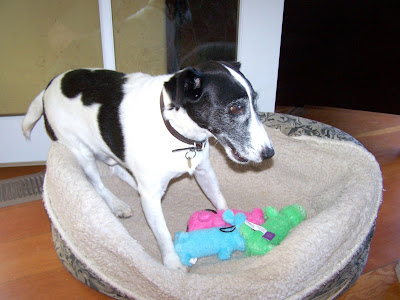 Whoa- I forgot to mention another bit of excitement: I bought Solo some new toys when I went to the feed store for hay today! Now he has a whole litter of colorful dogs. He was beside himself. 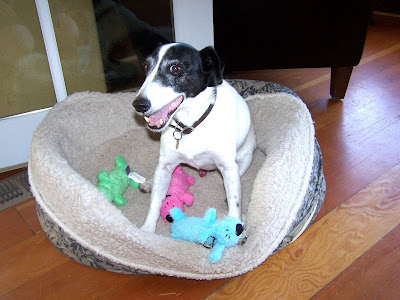 And very protective of them! 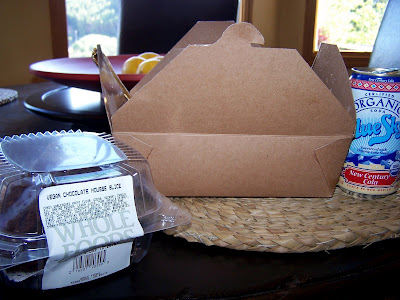 Any dinner that I don't have to prepare is AWESOME. 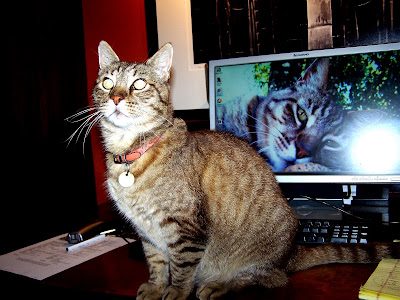 Boulder in front of the computer screen Boulder. 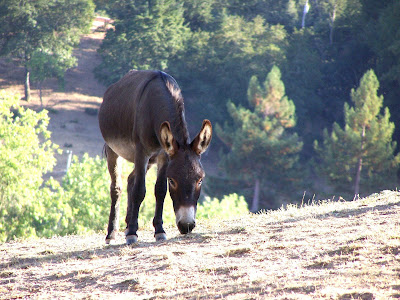 Paco spots me cleaning up! 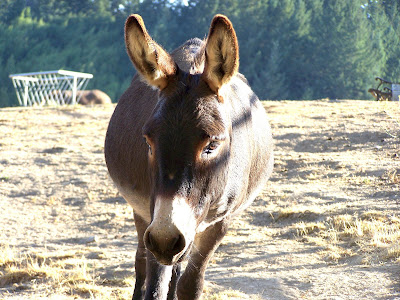 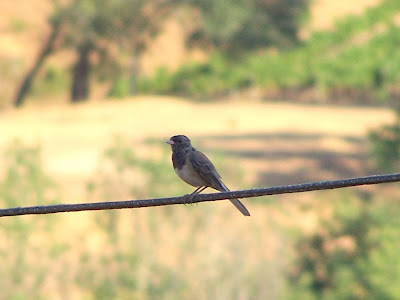 A bird surveys the evening scene.