The Heat Slinks Back to The Lazy Vegan

Boulder Takes an Evening Stroll down the Path

Just when I was getting so excited about the change of season- the leaves turning color and the nice and crisp and COOL days- the heat returns to The Lazy Vegan! No fun for me, but the donkeys don't seem to mind- neither do all the birds. Boulder goes directly to his cool spot under the deck by the cabin and the dogs sit around on the couches panting. I'm looking forward to fog rolling in SOON! 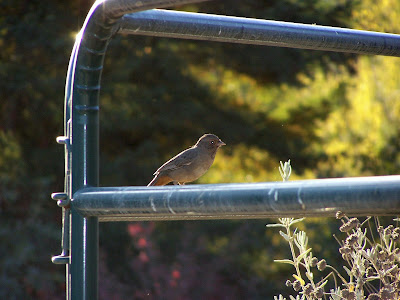 Lots of birds out today. 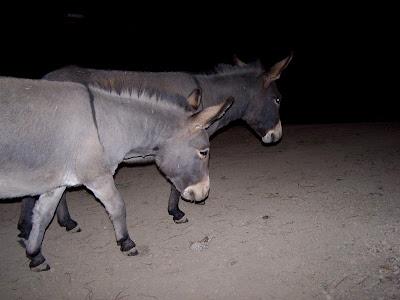 Paco and Luigi stayed up extra late tonight and were enjoying running around and playing in the dark! 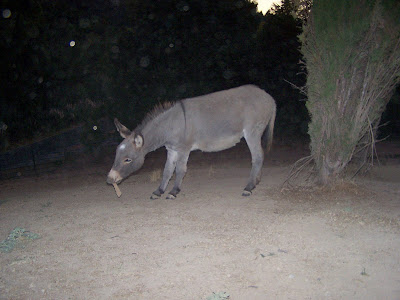 Weegie played with this stick for a long time. 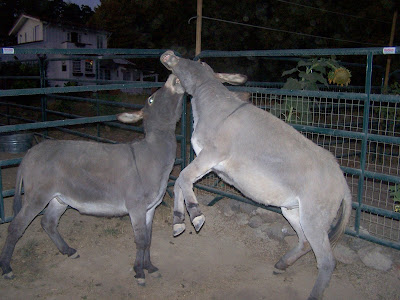 My funny donkeys. Today I was at a property where there was a horse and goat next door. They were hanging out and even walking alongside one another. The goat was huge. They were a very cute pair, and it made me want to get a goat. Any other animal additions to The Lazy Vegan will be rescue animals, however. 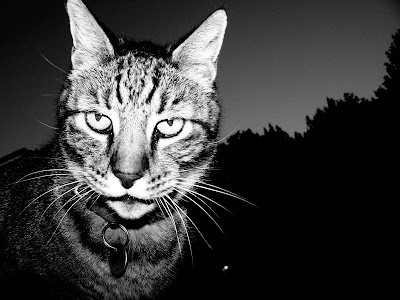 Boulder followed me at dusk after I put the donkeys in the corral. He prefers to go inside as soon as it gets dark now. 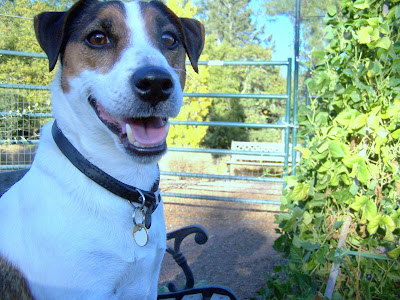 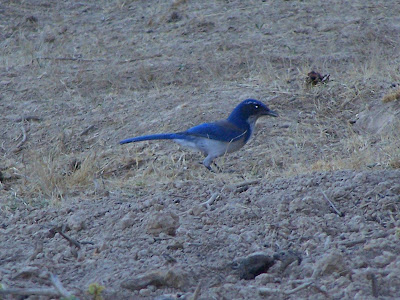 The donks look in the garden. 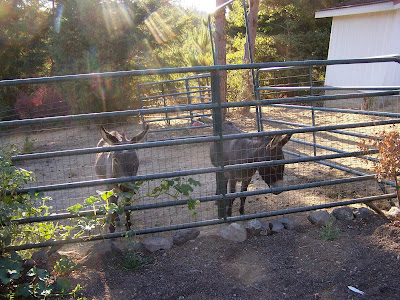 As usual, Paco is there to help me clean the barn! 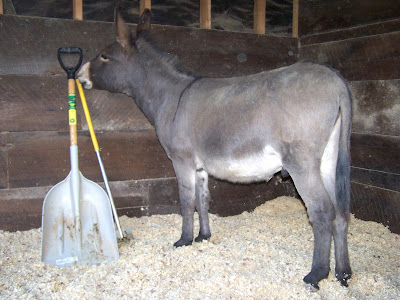 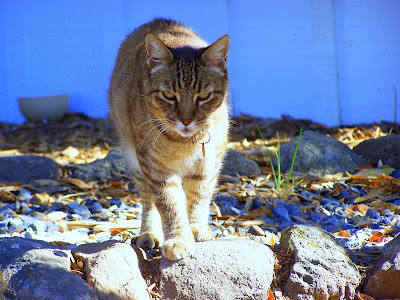 Boulder just always happens to be in the way of the camera. 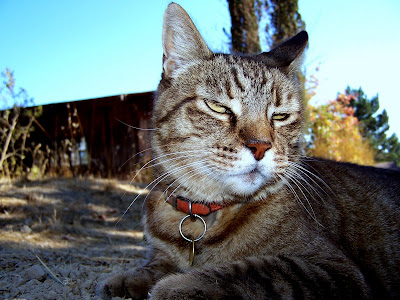 Cat and Dog together- AGAIN. 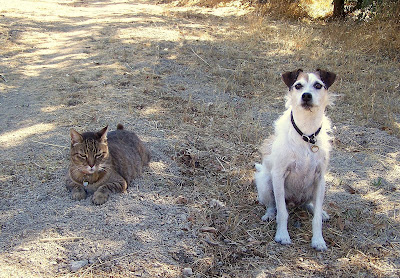 Check out poor little Solo's hind legs. This is how he walks now most of the time- the back legs cross over one another. He gets along amazingly fast considering this is going on. At his next vet appointment the vet will check it out again. 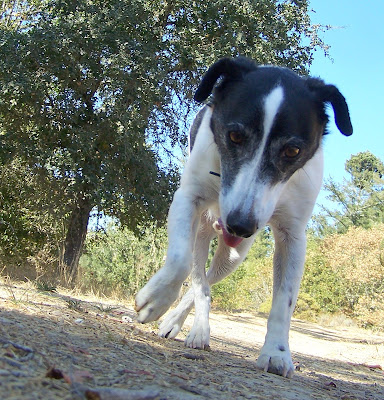 I stuck all the terriers in the garden today. It is great because it is all fenced, and they can get some fresh air without running all over the place (or, in Bravo's case, without running off to the neighbor's house!). 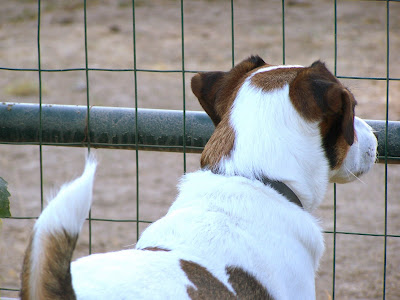