The Last Sunday in September at The Lazy Vegan 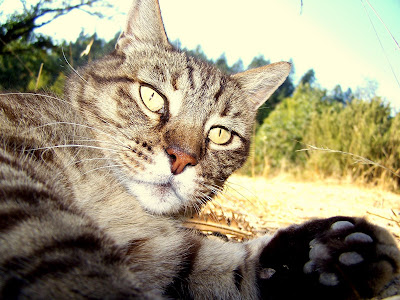 Boulder wakes up from his 100th catnap of the day.
It was a peaceful last Sunday in September at The Lazy Vegan today...it had an interesting start...I was heading out this morning to meet a friend for a walk and came upon an Alpaca in the middle of Hidden Lake Rd. (I was driving). I spent several minutes just sitting in my car trying to figure out what I was going to do, as the Alpaca (HUGE) slowly trotted down toward Hwy. 116!! I pulled my car over and was going to grab my spare dog leash (WHAT exactly I was going to do with it I haven't a clue) when suddenly the Alpaca turned and looked right at me. They are VERY funny looking and this one was particularly expressive. He or she then proceeded to walk toward my car, so I decided to stay put! He casually trotted by (he was three times the size of the donkeys) and suddenly headed up a dirt road nearby...so I was spared trying to "save" a loose Alpaca- I watched him go up the road and can only assume that's where he lived- I didn't follow up because it was too early in the a.m. to go door knocking to ask if anyone was missing their Alpaca!
In other Lazy Vegan news, Randy continued to do his exterior painting & misc. work and I sewed part of the awnings that were ripping before they go back up...last week we ordered some new awnings- one for the front door and one for the balcony. Besides looking cool, they help shelter the house from the rain and sun. The day ended with a fantastic vegan meal with our friends Tim & Camille- Camille made an amazing lasagna that non-vegans would never guess was vegan! And we got to visit their adorable dog, Baron. So all in all, a great last Sunday in September! 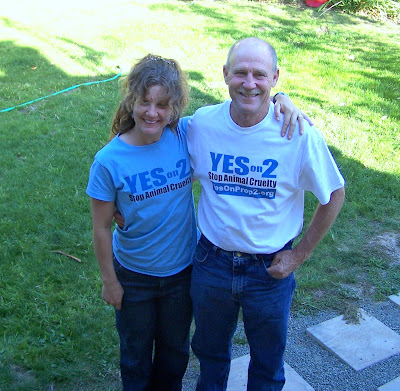 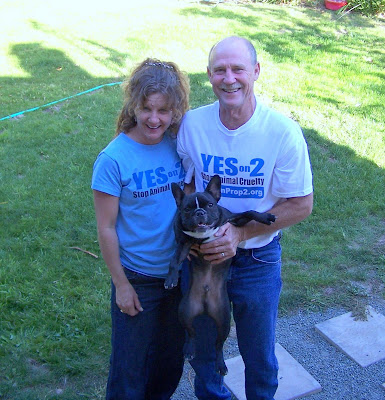 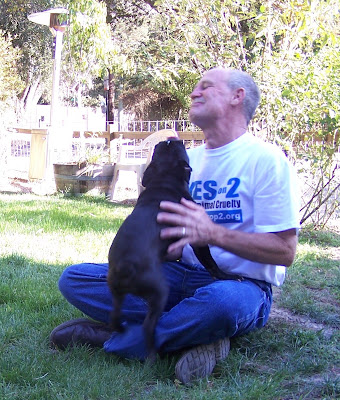 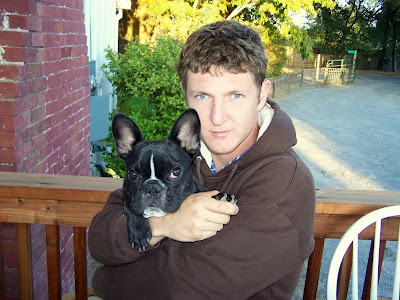 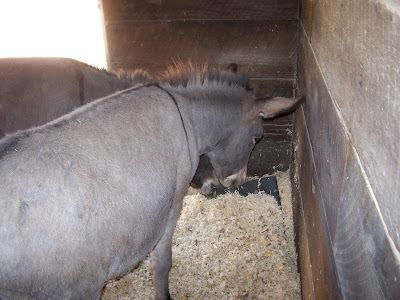 I discovered today that my donkeys have discovered the rubber mats that are underneath all the pine shavings in their barn- they spent a long time trying to pull them up with their teeth. 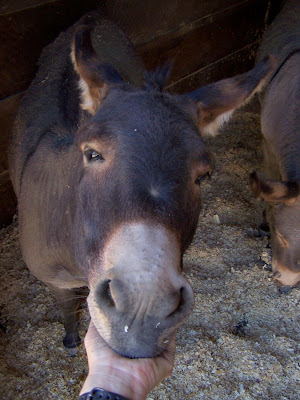 This donkey snout gets kissed several times a day! 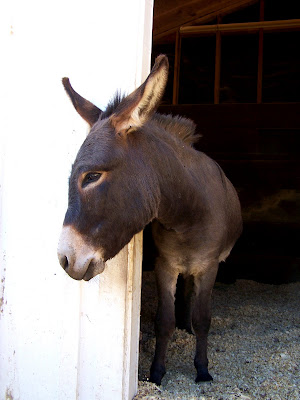 Paco thinks about what he wants to be when he grows up. 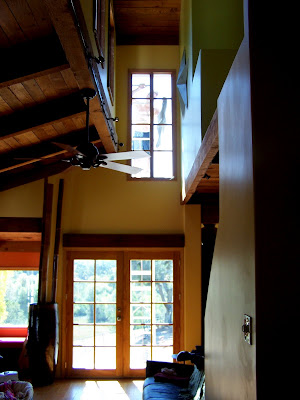 You can just make out Randy on the other side of the window up high. 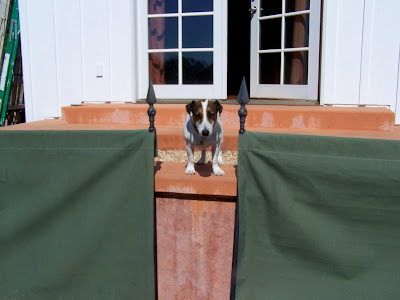 Bravo helped me patch the awnings. 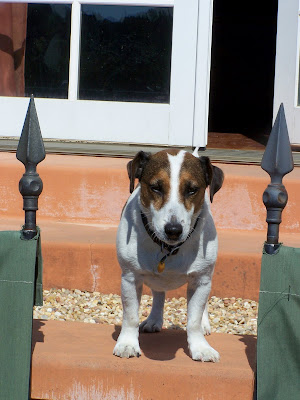 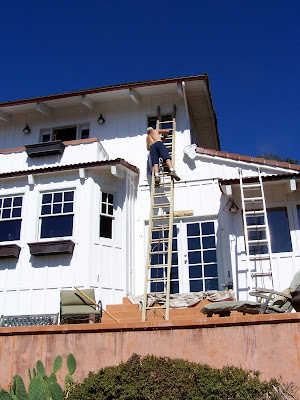 I love how Randy's hard at work up on a ladder above the LAZY vegan sign! 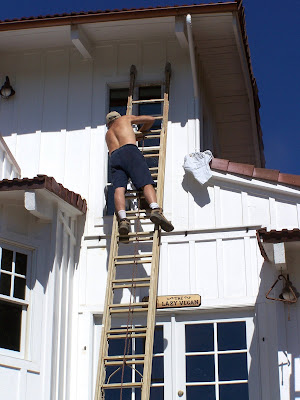