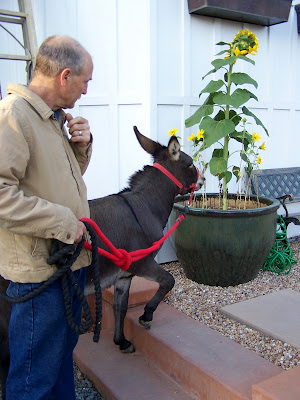 Paco checks out the sunflower
Today began with a morning trip to the vet for Bravo's little cough. The vet told me to wait with him in the parking lot until they came to get us, just in case it was kennel cough (they didn't want to spread it in the waiting room!). Randy said he saw us on his way to the office, standing outside...he said Bravo didn't look that happy! He was even less happy when the vet had to pry open his mouth and look way down it with a flashlight. After a thorough exam, it was decided that we'd try him on antibiotics for two weeks and if the cough persists, they'll have to put him under to look further down his throat. Grrreeaaattttt. Bravo is very popular at the vet office, where they call him "Little Man". And we ended the day with walking the donkeys on the property- I should say that Randy walked them- at one point he was running with the donkeys down the path alongside the driveway- he really had no choice but to run to keep control of them! 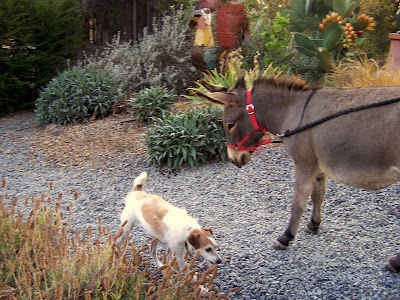 Weegie would love to chase Toby, but it is too hard with his harness on! 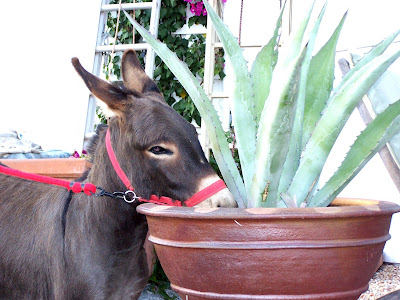 Paco checks out another plant. He is very curious and sniffs everything! 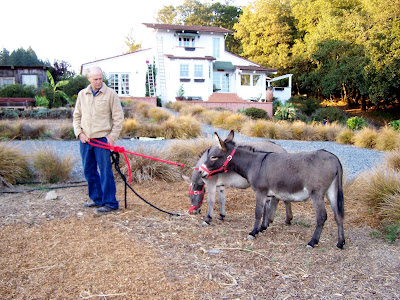 The photo above was actually at the end of the walk, when Paco decided he was NOT going back in the corral. 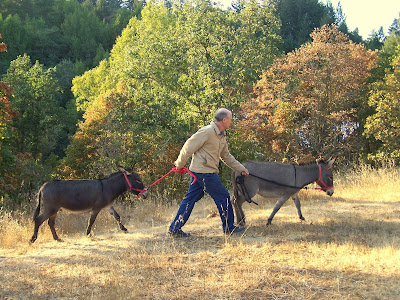 My boys and the foreman of The Lazy Vegan in Fall colors! 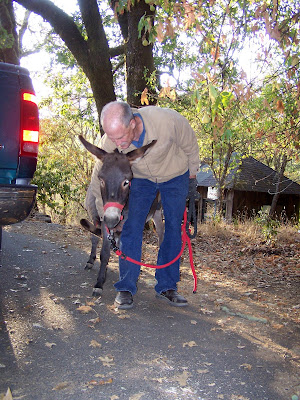 Geting a pep talk from Papa. 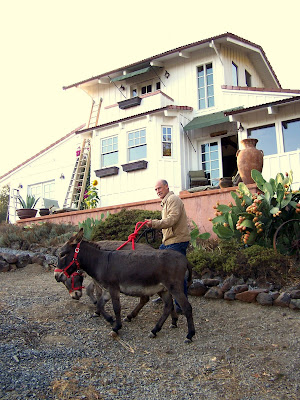 Goofing off in front of the house. 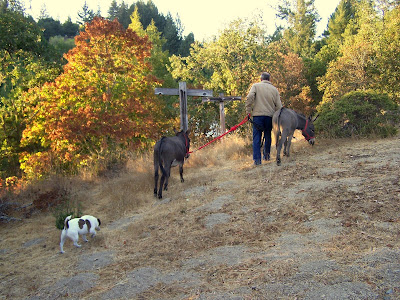 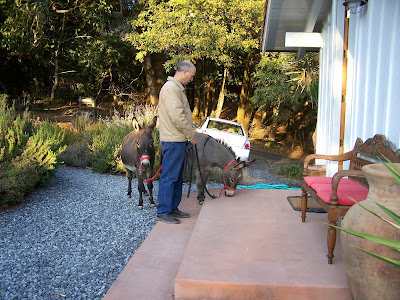 Getting used to the front terrace, for the day when they come inside the house! 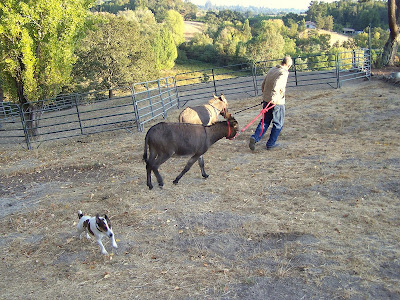 Bravo always gets excited when the donkeys go for a walk. 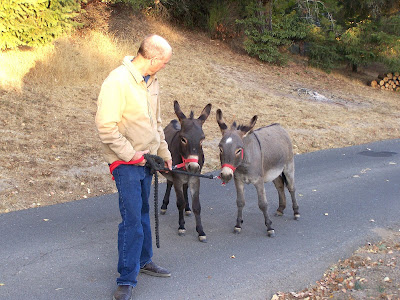 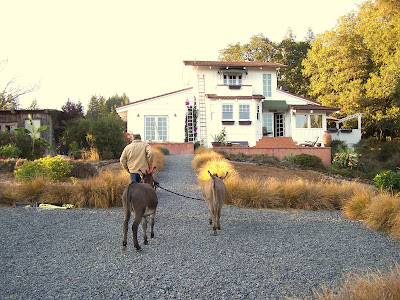 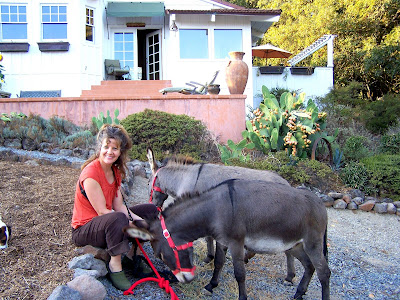 I make it look easy when I take the lead ropes for five minutes! 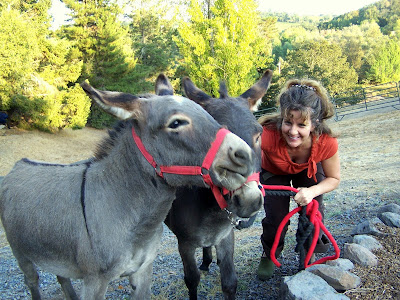 Was there life before donkeys???? 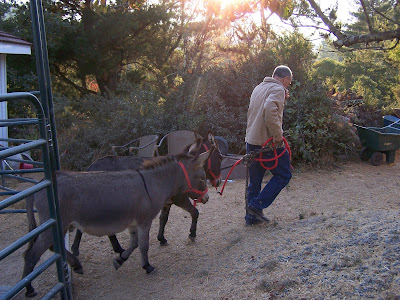 At the start of the walk. They LOVE heading out of the pasture!! 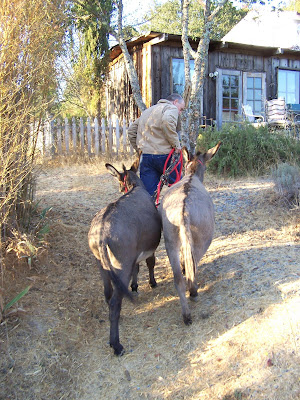 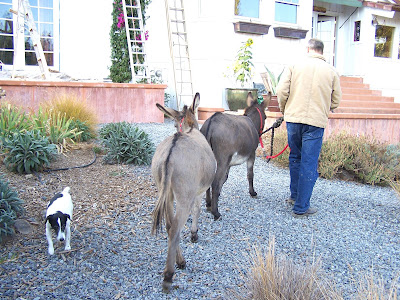 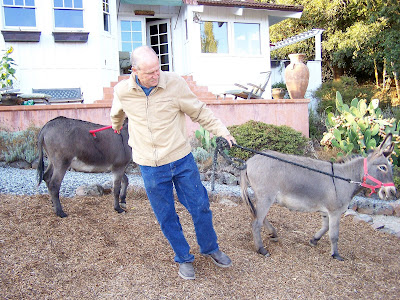 Randy gets some control. It is NOT as easy as it may look. 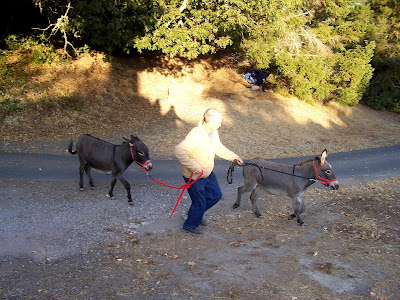 Running with the boys!