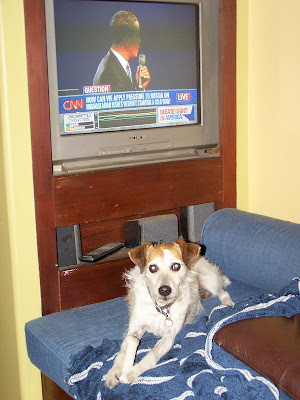 Toby looks up from chewing his bone during the debate

The debate was the highlight of the day today at The Lazy Vegan- although frankly the pups seemed pretty bored during it (and the donkeys didn't miss anything). Boulder watched part of it and then wandered around looking for something to scratch inside the house. I thought the debate was o.k.- not as exciting as the anticipated Palin-Biden debate of last week...and if I hear "my friends" one more time I might gag! In other news, the Prop. 2 campaign put out their first t.v. commerical- watch it at the bottom of the blog! 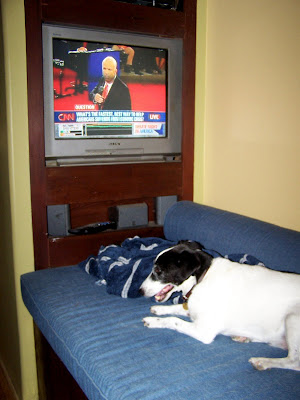 Solo's expression remained the same regardless of who was speaking! 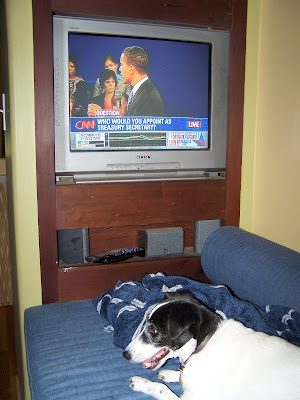 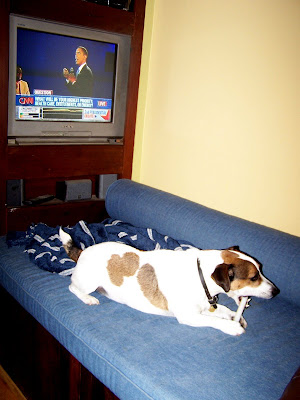 Bravo didn't look up at the t.v. once. He was more interested in fighting for toby's bone, which he finally got. But not before we threw a dishtowel over his head! 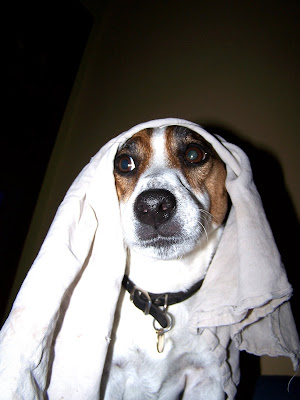 Paco has a few opinions about the current politics. 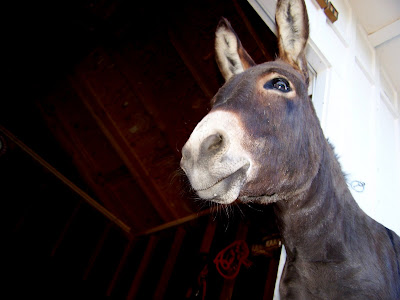 I never tire of looking at my donkeys. I just think everything about them is cute!! 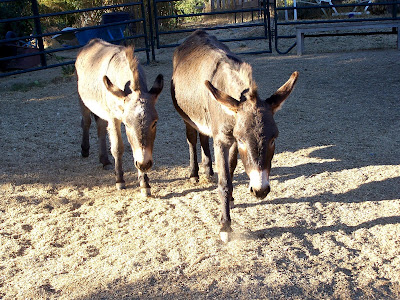 ...and the same thing about my cat! Even though I now have to walk out to the kitchen with him at 2 a.m. to POINT OUT where his food is. He is getting pretty batty. 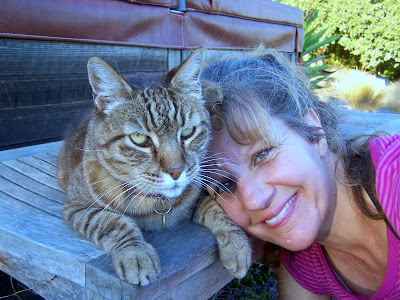 We're still getting tomatoes- they just keep on coming, even when I thought they were done! 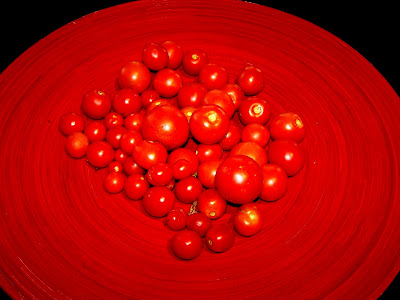 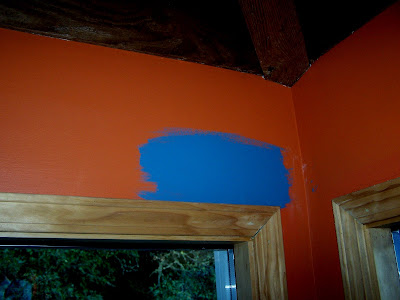 Boulder likes to hang out by the hot tub. 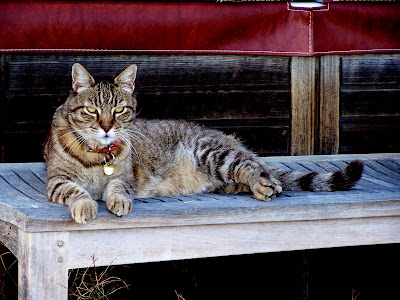 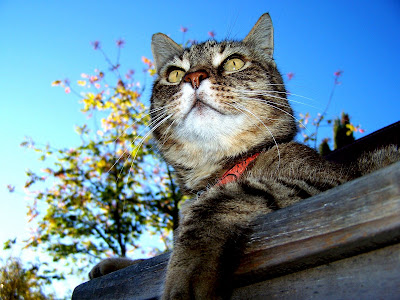 Solo by the clothesline. 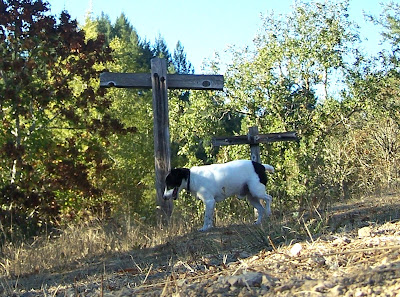 More donkey planning. They sure do a lot of it! 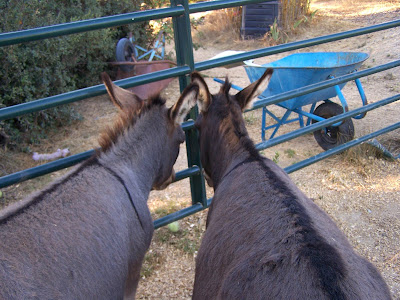 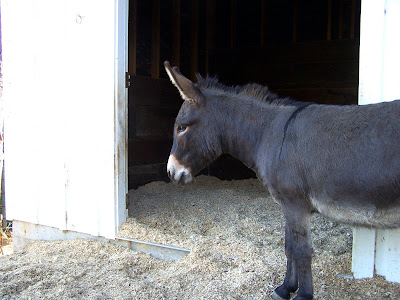 CHECK OUT THE FIRST T.V. SPOT FOR PROP. 2 BELOW!