Another Prop. 2 Debate in the Final Week Before Election Day

This evening Karina and Joey and I went to another debate for Prop. 2- this time at Analy High School in Sebastopol. Hope Bohanec did an excellent job speaking out for Prop. 2, and the same chicken farmer from the last debate, Steve Mahrt, spoke (I got his name wrong last week). I was really surprised at how crowded the gym was - a lot more people at this debate than last week, and a large segment of student "Future Farmers of America"- all against Prop. 2. At the end they had student debaters, and we snuck out to avoid listening to the entire Speech & Debate class give their speeches. Karina recognized a reporter there from the Press Democrat, and he took notes the whole time- so I'll have to check out tomorrow's paper for any news. 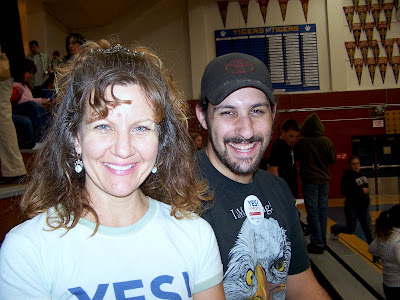 With Joey before the debate began. 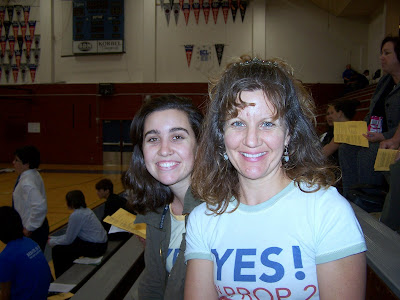 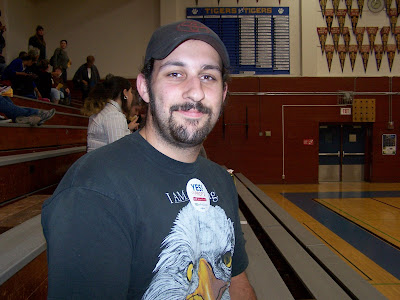 They even passed out programs for the schedule of events...it was very well organized. 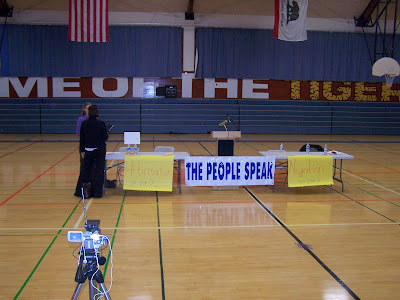 Earlier in the evening, Paco showed off his sweet-grain pan abilities. 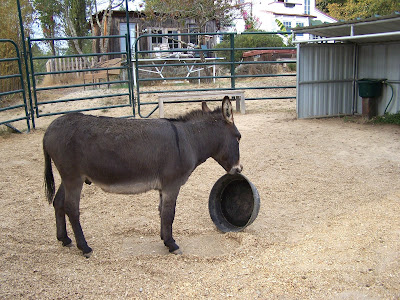 And his cute little "prancing" pose! 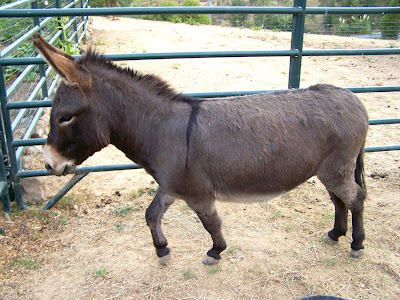 There are a lot of whiskers on a donkey's nose! 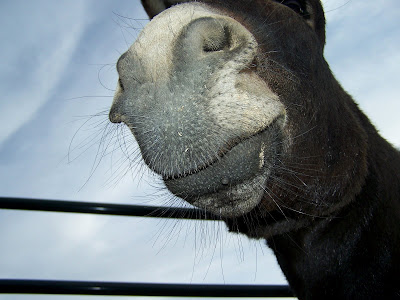 Cute Weegie was basking in the sun while standing up. 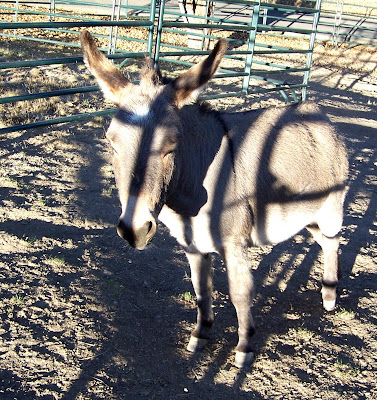 The boys were intently keeping an eye on Boulder... 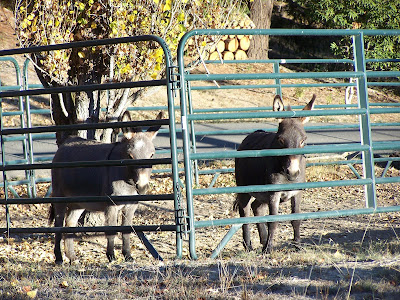 While Boulder hunted and then devoured a little mouse - UGH!!! He always brings it by me first and gives this really weird low meow. I know I'm supposed to be rewarding him...but UGH!! I hate it. 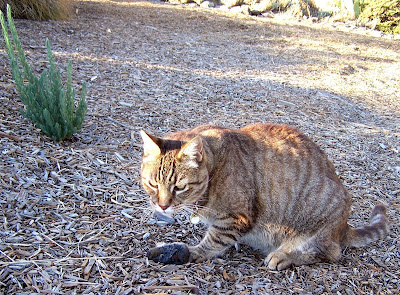 At least he kills swiftly, unlike some cats who seem to play with their prey. 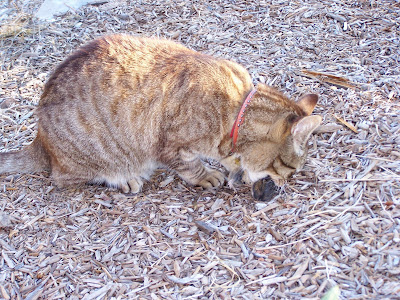 Wow- what a note to end the posting on!! Sorry!