The Arrival of the Great Pumpkin(s) at The Lazy Vegan 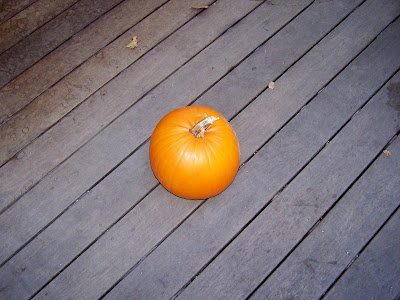 The Great Pumpkin(s) are at The Lazy Vegan- yet, alas, not to the enthusiasm of any of the animals. In fact, Paco and Luigi were very suspicious at first when they spotted the orange things by their barn. Luigi sniffed one pumpkin once and that was enough for him. Paco checked them both out at length and then was also bored. And Bravo...poor Bravo seemed WORRIED by the presence of the pumpkins! So much for my attempt at Halloween decorating! 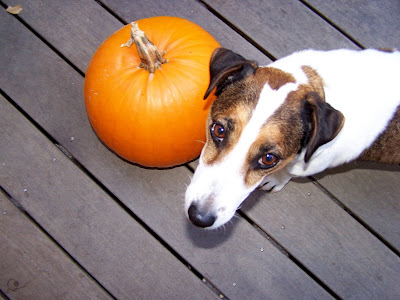 Bravo shows his concern regarding the orange thing on the deck. 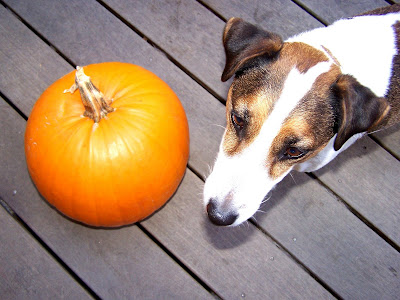 Not in the order of their first sighting- here's the group of photos of the donkeys meeting the pumpkins! 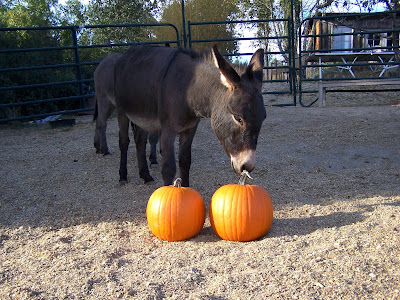 Paco would sniff one stem and then the other... 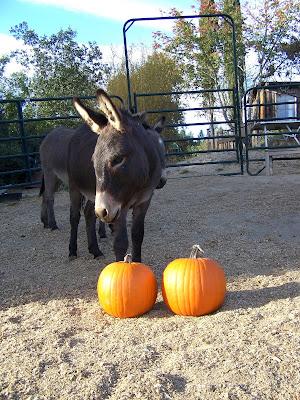 Until something else caught his interest. 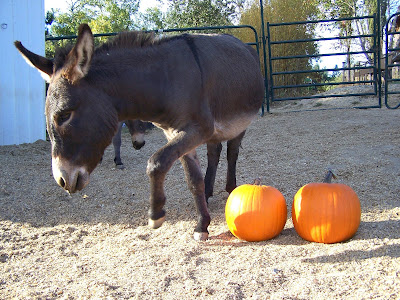 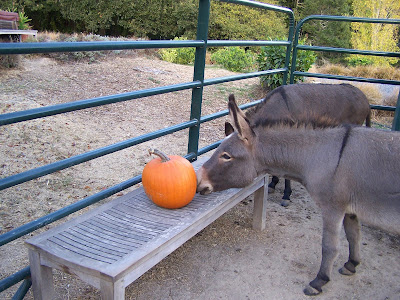 Their poses here have nothing to do with the pumpkin. They're facing the sweet grain bucket to let me know it is time for sweet grain! 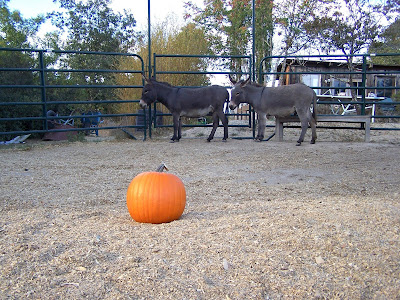 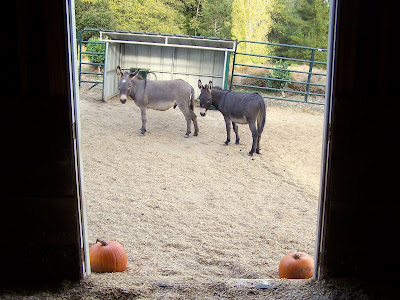 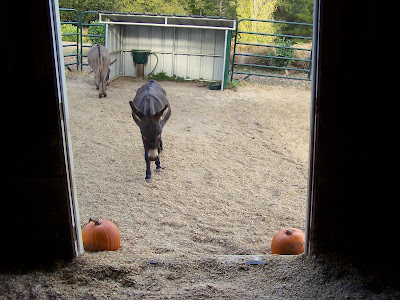 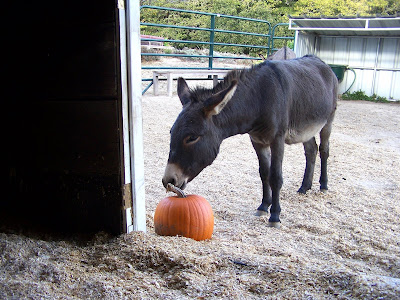 I should have videotaped this. Paco was almost snorting, he was sniffing so loudly. 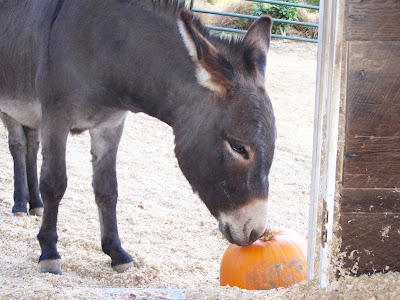 Weegie approached them and then quickly turned around! 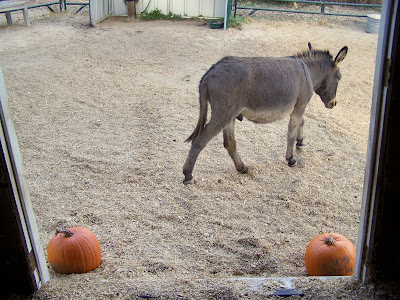 My unsuspecting donkeys enter the corral. 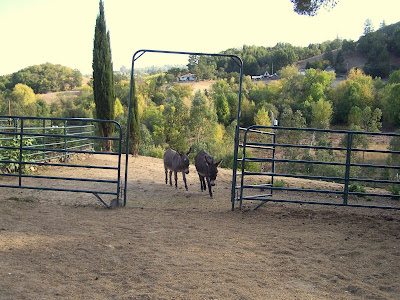 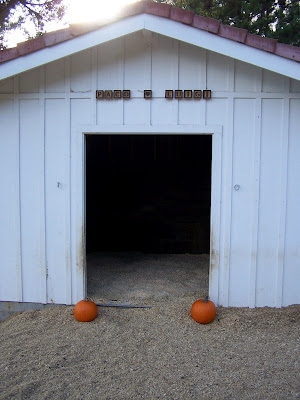 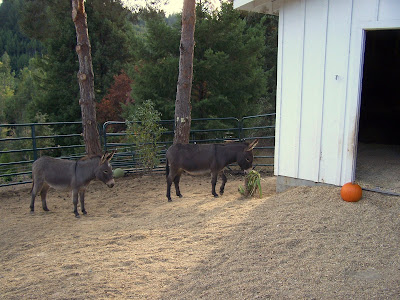 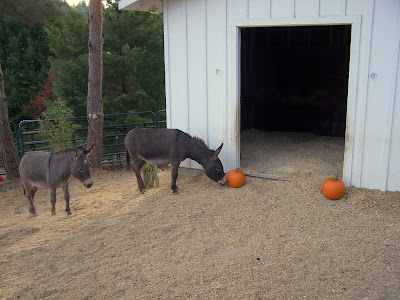 All in all, the pumpkins just weren't really their thing! 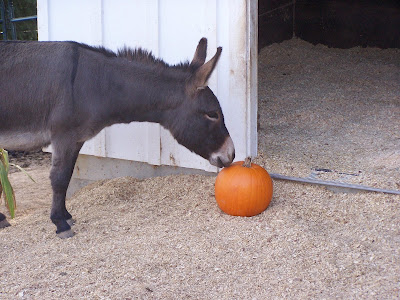