Beautiful Day with a Breeze at The Lazy Vegan 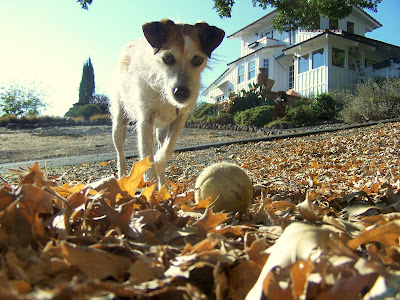 Toby in the leaves
What a beautiful October day at The Lazy Vegan!! There was just enough of a breeze to kick up the leaves. The donkeys had a good time running around. The pups lounged. Boulder napped. Early in the morning, I saw a coyote on my run- he was smack in the middle of the road near the high school- it was still dark out (I run with my flashlight- perfectly safe on my chosen route...although I never thought about wild animals!) and at first I thought it was a dog in the road. Anyway, as I got closer I saw it was definitely a coyote- a big one. He or she casually looked at me and sauntered off- in no great hurry!
In other Lazy Vegan news, the New York Times came out with a great editorial in favor of Prop. 2!! You can read it here: http://www.nytimes.com/2008/10/09/opinion/09thu3.html?ei=5070&emc=eta1 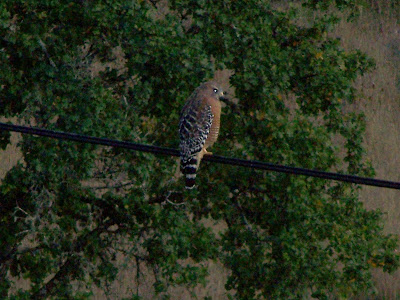 Red-shouldered hawk. This one always hangs out in the same place. 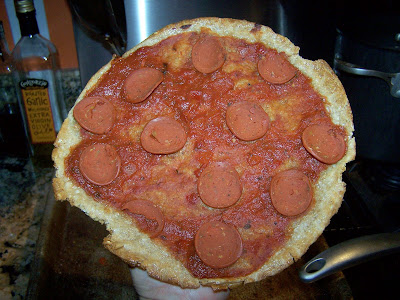 God-awful vegan pizza. The crust was made out of brown rice and was barely edible. The fake pepperoni was pretty good, but all in all a BAD menu choice. 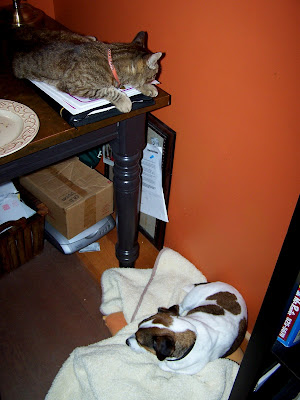 The typical scene in the office room. 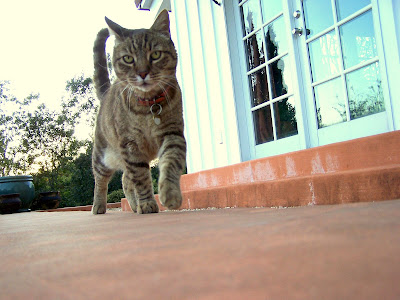 I did what I've done many times before last night- let Boulder out around 1 a.m. and then fretted because I didn't hear him come back in. ALL night. I kept walking up worrying. Turns out he HAD come back in, but had gone into the living room to finish sleeping instead of on our bed like he usually does! 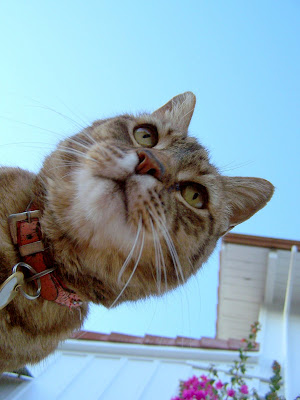 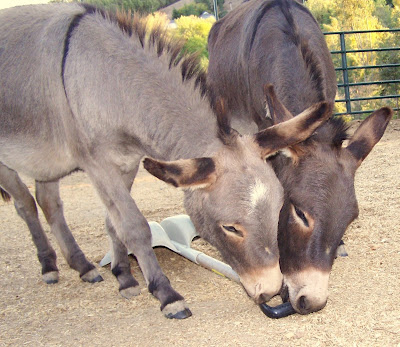 Fun with the shovel! 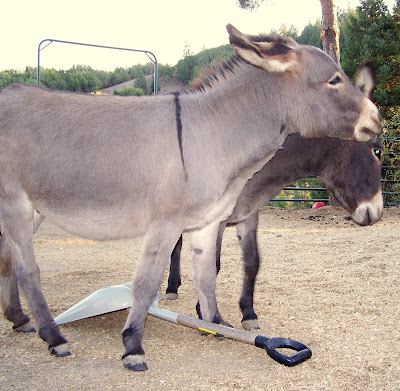 A donkey yoga pose, below. 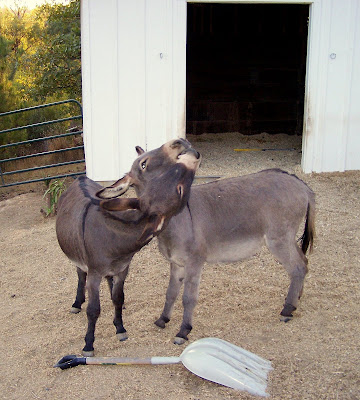 My little old Solo huffs and puffs up the driveway. 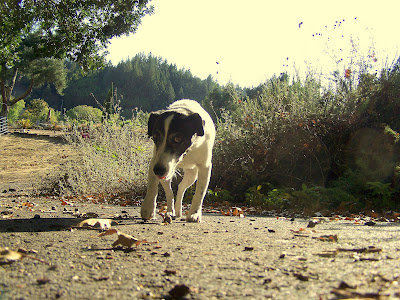 The donkeys drink tons of water. It is funny to watch. 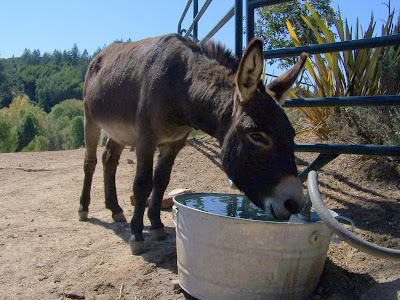 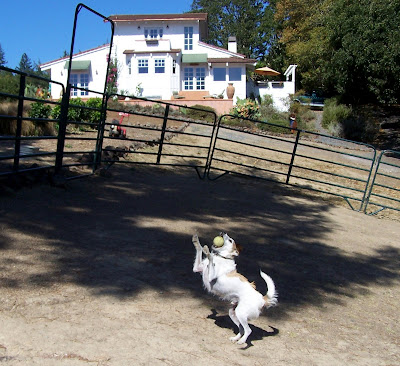 Toby and the usual...and begging pups, below. 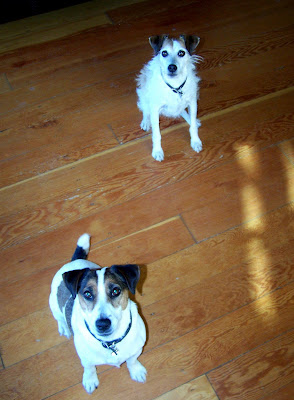 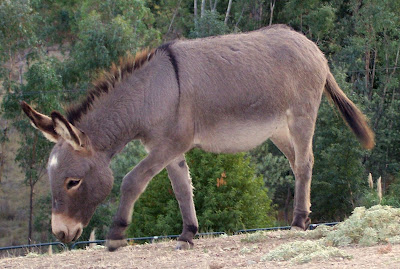 Weegie makes his way to the feeder. 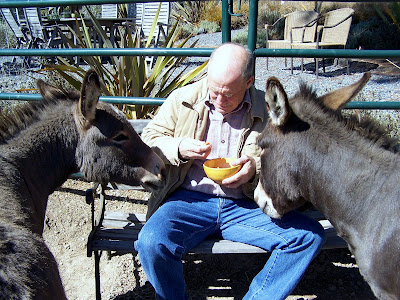 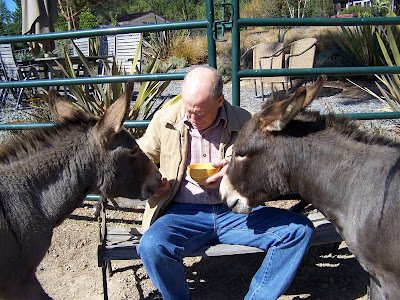 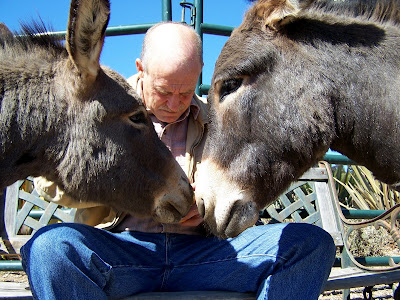 After the carrots are all gone, the donkeys look for their hugs! 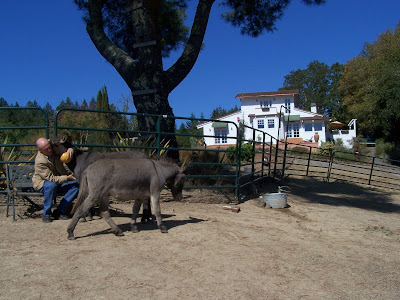 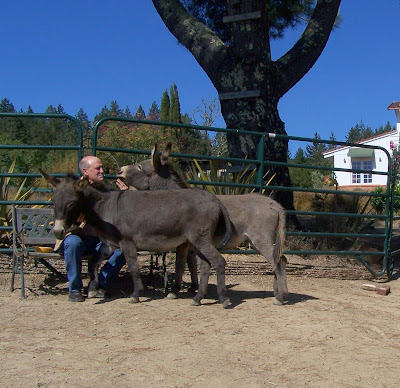