An Evening Spent at The Prop. 2 Debate

Tonight I went to a Prop. 2 debate at the Santa Rosa Junior College with Karina and Camille. Paul Shapiro came from Washington, D.C. and spoke in favor, of course, of Prop. 2. It is the second time I've heard Mr. Shapiro speak and I thought he did an excellent job. He has a remarkable gift for remaining courteous and calm while delivering the YES on Prop. 2 side of the argument. On the opposing end was an egg farmer named Steve Martin, who actually runs a cage-free egg farm (and has for the past 25 years)...so it was a bit odd that he was on the opposing end, although he most definitely opposes Prop. 2. I think perhaps there were some last-minute changes in speakers, as a conventional battery cage farmer was there who has been getting a lot of press lately- I think he was supposed to be the first choice of a speaker for the opposition. At any rate, the whole thing was very professional- with a moderator and everything...I almost like I was at the Presidential debate! There were a lot of people there wearing their Prop. 2 t-shirts. I hope, hope, hope it passes. Here's a bit about Paul Shapiro, who is the Senior Director of Factory Farming at the United States Humane Society.

"For me, animal advocacy is not just a career. It’s my entire life. These animals have no one else aside from us to speak out on their behalf and I feel we owe it to them to work as hard for them as we would want someone working for us if we were in their place. We’re working on their behalf as if their lives depend on it because in all honesty, they do. So, from a very early age, I knew I wanted to devote myself to helping animals. To lend a hand to these individuals who are so exploited and take the side of the vulnerable against the cruelty of the powerful and to really make it clear that we can make a difference for these billions of sentient individuals who are in desperate need of help. So I’m certain that we’re not going to let them down and I’m going to make sure, and have from a very early age, that I devote whatever talents I may have to advancing their interests."
- Paul Shapiro 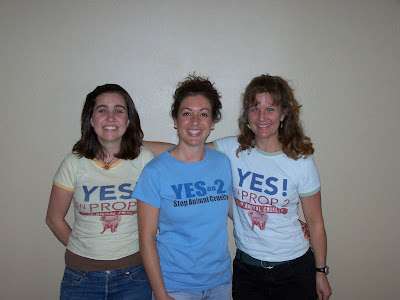 Luckily, Tim was home to snap some great pics of the three of us! 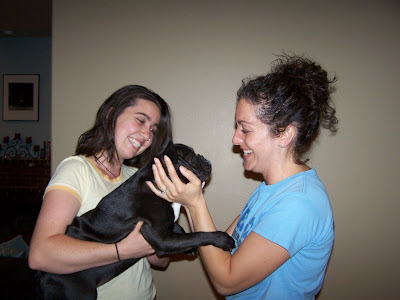 And Karina got to meet one of the world's cutest pups- Baron! 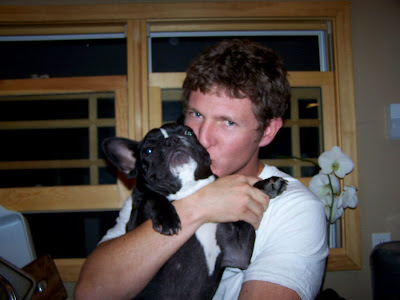 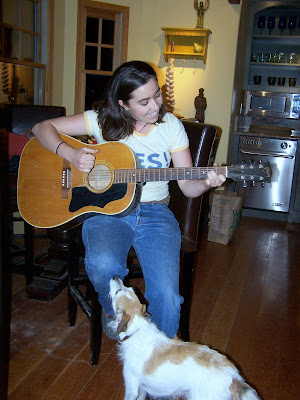 Karina plays a tune when we get home. 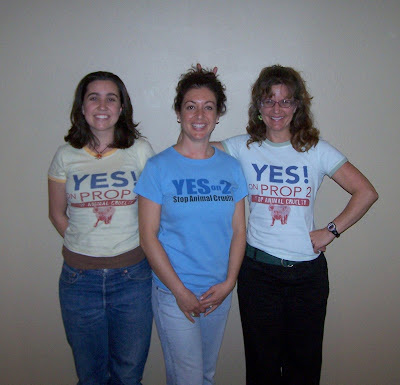 More poses. I just couldn't decided which one I liked best, and I needed blog material. So here you are! 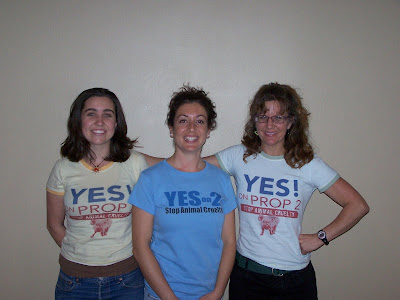 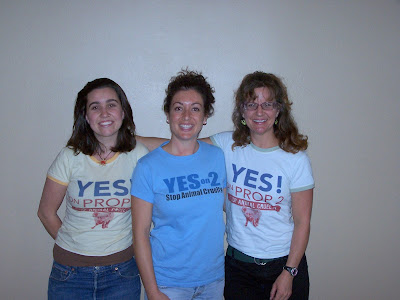 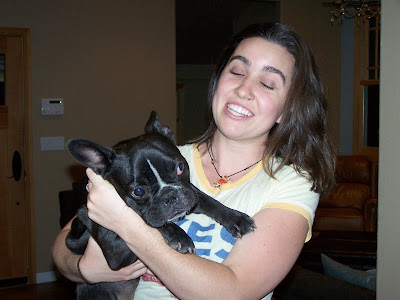 Baron should be the official YES on Prop. 2 spokesdog! 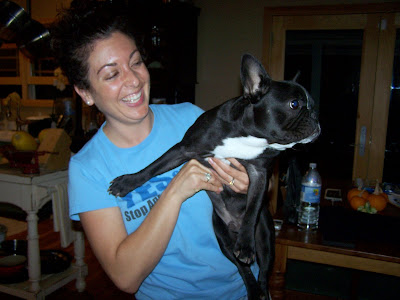 What a cute trio! 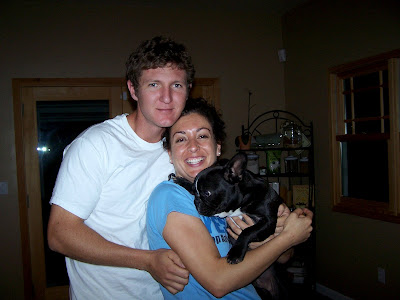 With my glasses I rather look like an intellectual activist. 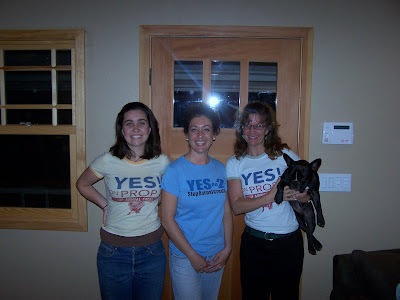 Baron needs a YES on Prop. 2 t-shirt!! Hint, hint to his parents, if they read this...they HAVE Prop. 2 dog shirts on Cafe Press. Heck, I need to get some for MY dogs!! 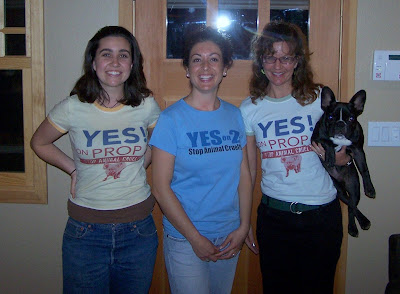