The "Final Push" for Prop. 2 Before Election Day

Tomorrow morning bright and early I'll be standing out on the street corner of Main Street in Sebastopol waving a YES! on Prop. 2 sign. I volunteered to do so and after a series of emails back and forth with the coordinator for the event- and for all the signage events for Prop. 2 in the area- I found that I was communicating with a woman I'd met at the debate last night- who turns out to be Nancy Perry, the vice president of Government Affairs for the Humane Society of the United States in Washington, D.C.! She oversees lobbying efforts in state legislatures, including ballot measure campaigns, and Congress and directs grassroots activities nationwide. She also lobbies directly for federal animal protection legislation. (That's from her bio on the HSUS website- I was impressed with her background). Anyway, she's here in Sonoma County for the "Final Push" this week before the election- it is going to be a busy time for the next six days! 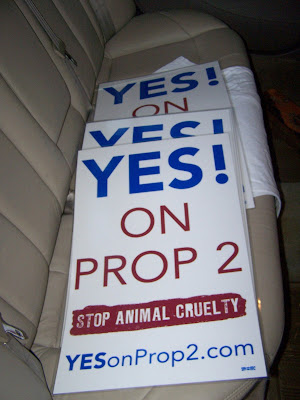 Here are the awesome laminated signs that Nancy dropped off at the office for me and other volunteers. Laminated, because there's a chance of rain this weekend! 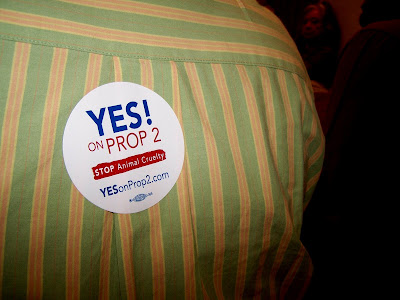 My friend Doug at the morning weekly real estate meeting. I like to bug him, and I had slapped this YES on Prop. 2 sticker on his back. 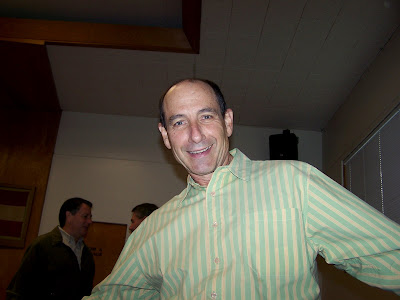 The dryer repairman. I waited around for hours for him to show up today. And then he did a great job of unassembling and reassembling the dryer and fixing it! I asked permission to take his photo. I'm sure he thought I was a real weirdo. 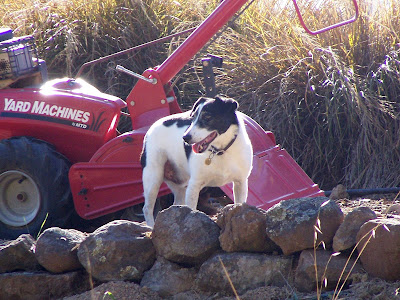 Boulder loves to hang out in this bush. He's hard to see, but he's there! 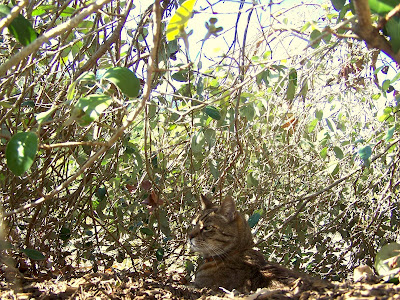 Paco is such a pro at moving the sweet grain pan around. Luigi loses interest in it, but Paco will do this for about ten minutes after they eat their treat! 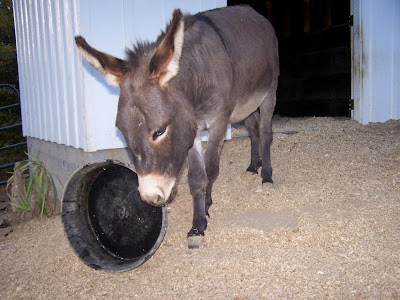 As soon as they last bit of grain is eaten, Paco will pick up the pan. 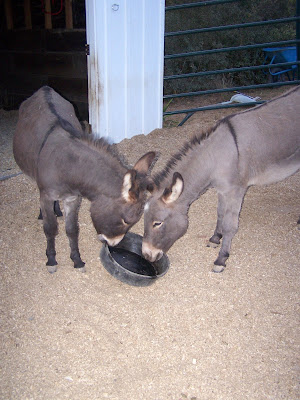 He's very pleased with himself. Luigi is getting tired of his routine. 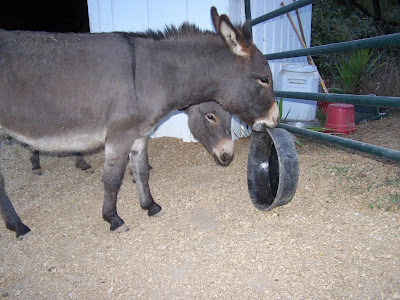 He'll even try to hurry Luigi to finish off the grain! 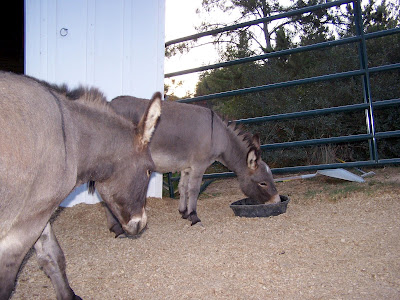 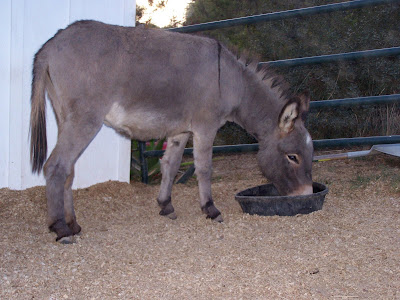 A bit of personal grooming by Paco... 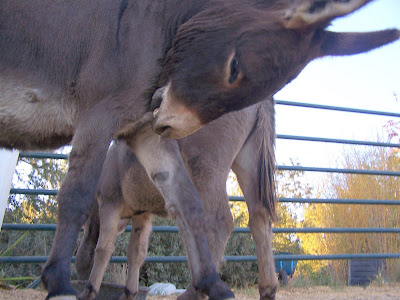 Boulder with his just-woke-up-from-a-nap look. 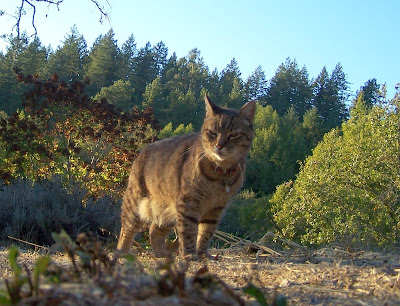 He always finds a spot of sun. 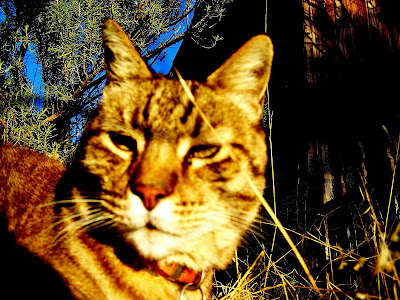 A photo from yesterday...right now the foreman of The Lazy Vegan is in Santa Cruz visiting Julie and Claire while I hold down the fort here at The Lazy Vegan!