Hoping for Prop. 2 to Pass on a Sunday at The Lazy Vegan 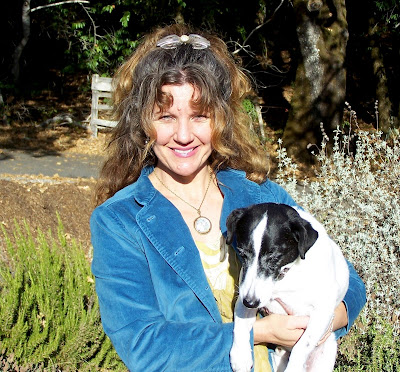 With my little old Solo!

I was dismayed this morning to open up the Sunday paper to discover that the Press Democrat is endorsing a no vote on Prop. 2- for lame reasons- even though their parent company, The New York Times, is endorsing a YES vote on Prop. 2! I am just hoping that given all the other big newspapers who ARE endorsing a YES vote on Prop. 2 that people will ignore the Press Democrat's endorsement and will cast a vote of compassion for the millions of animals who cannot turn around or spread their wings/limbs in their current cages. Shame on the Press Democrat- I can't help but feel that because we live in a "foodie" county, all the gourmets out there don't want to pay even a cent more for their carton of eggs- even if it means that the creatures who produce it would have slightly improved living conditions! So, anyhow- my day started out like that and I went to do an open house and was just obsessing about it the whole time- so now I'll shake it off for the rest of the blog and hope that the majority of Californians out there will make the RIGHT choice - for their own conscience and for the welfare of the animals- and will vote YES on prop. 2!!! 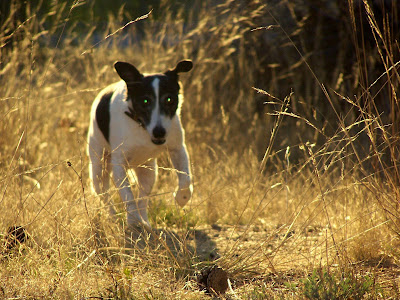 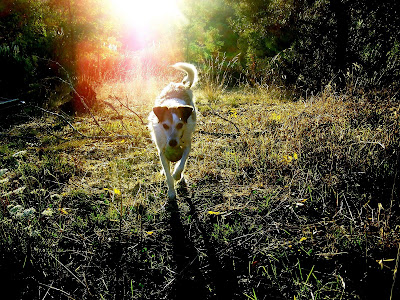 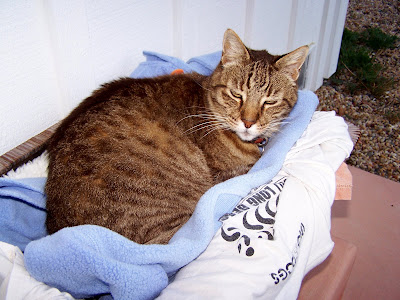 Boulder uses his outdoor bed a lot now in the daytime. 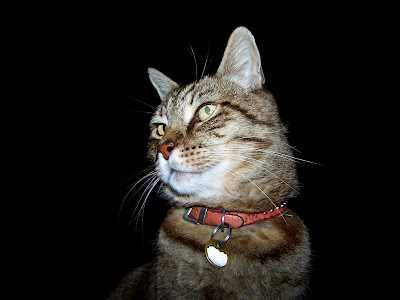 Last night was a record for in-and-out Boulder- it seemed that I was up every hour! 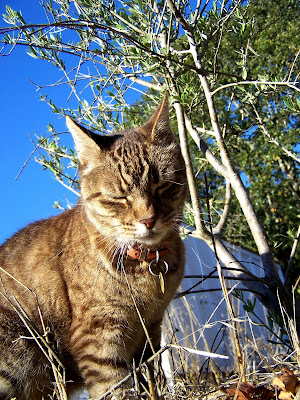 It even wore him out- which is why he is taking his cat nap standing up! 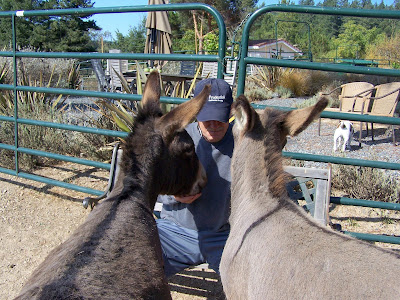 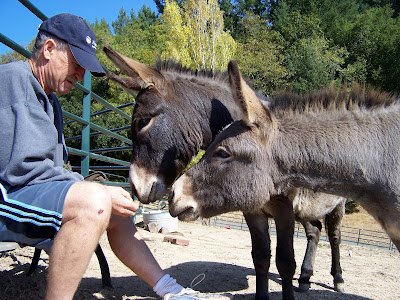 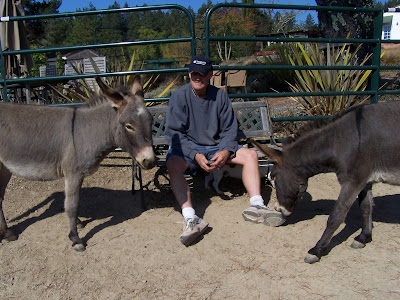 Paco was nibbling on Randy's shoes. Randy played the last softball game of the tournament today- they lost- so that's it for the season! 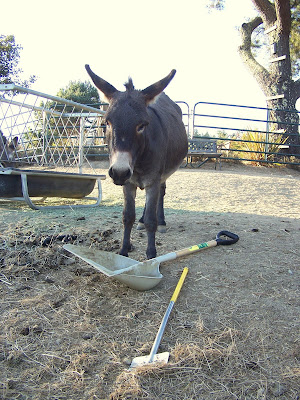 My big helper in the pasture. 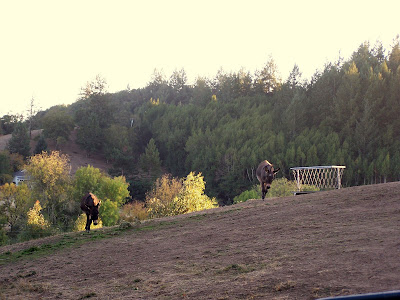 I must be the symbol of food for my donkeys- because when they see me on the driveway, they head over to the hay stack area! 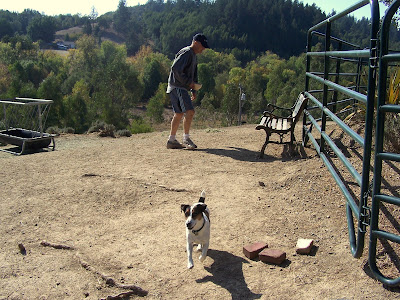 Bravo was so excited to hear that it was carrot treat time! 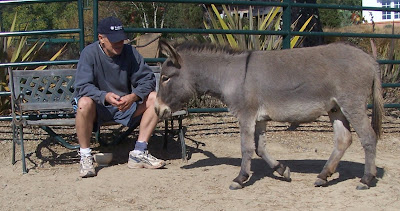 The boys don't seem to like the current supply of carrots as much as they did the old. 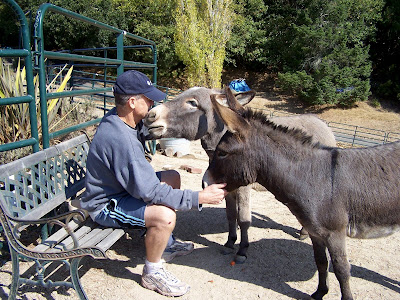 Note how Brave Bravo is in the next few photos- he manages to score a carrot piece! 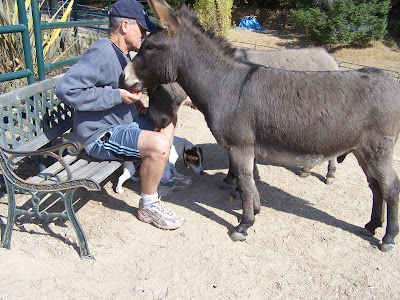 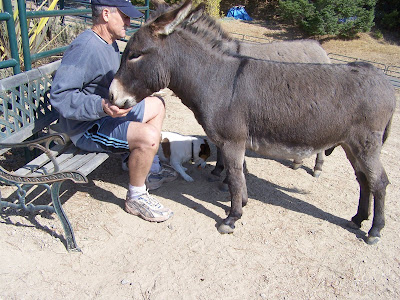