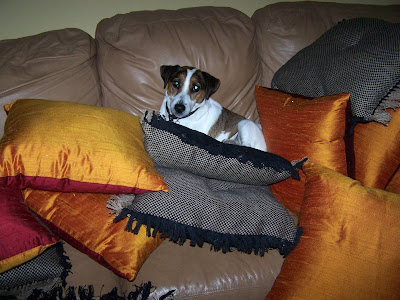 Bravo gets comfortable on the stack of pillows!

Absolutely no rain as was predicted for Veteran's Day today- so all my work covering the hay and getting things "rain ready" wasn't necessary after all. It was still a cold day, and the pups snuggled inside - Bravo got as comfortable as he possibly could on the pillows on the couch (life is really rough for the pups here at The Lazy Vegan). Toby got a late afternoon bath in preparation for his annual exam with the vet tomorrow- Solo and Bravo both slinked off and hid on the deck and hoped they weren't next (the only reason they weren't is that it was too cold to give them all baths!). Boulder lounged outside for most of the day, and the donkeys helped Randy reorganize the hose to the automatic waterer in their pasture. They're great helpers. We're going to have to figure out a way for them to really help out in the yard. They need jobs! 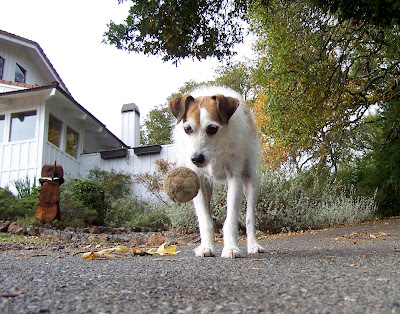 Toby and his airborne tennis ball. 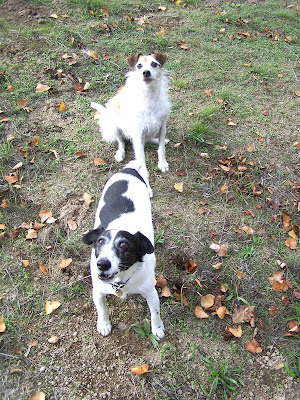 Solo loves to get into the ball act. 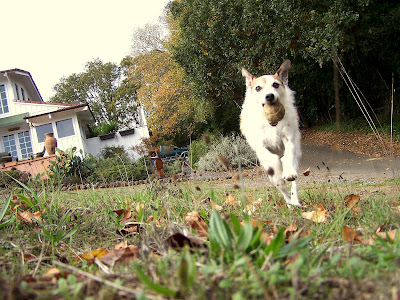 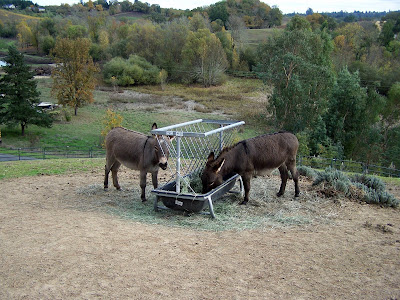 Dinnertime for the donks. 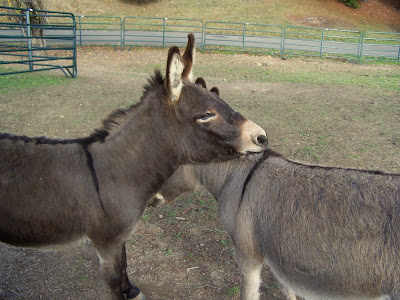 So many times I'll come home and will drive up the driveway to see this- one of the donkeys resting on the other. Too cute! 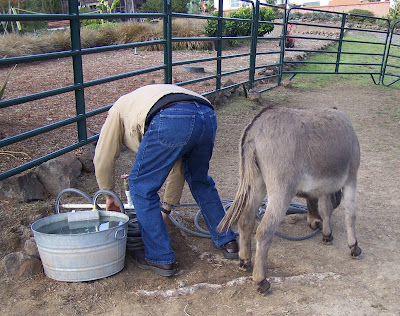 The foreman of The Lazy Vegan gets help from the donkeys! 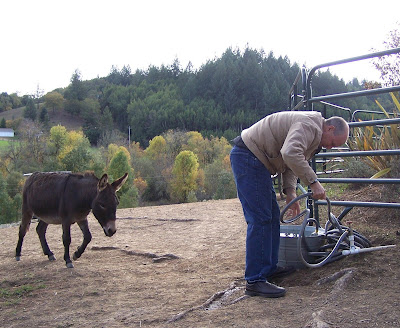 Carrot treat time- eventually you have to get down to the empty bowl! 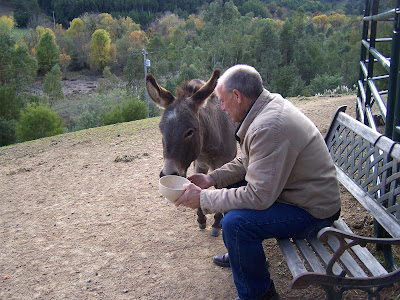 Weegie was the only one really interested in carrots today. 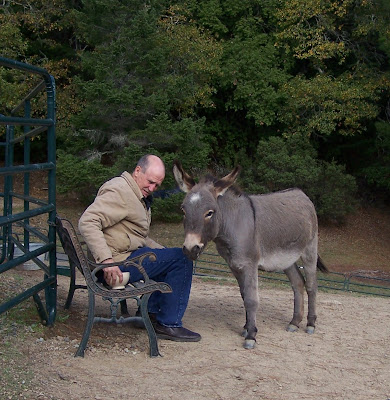 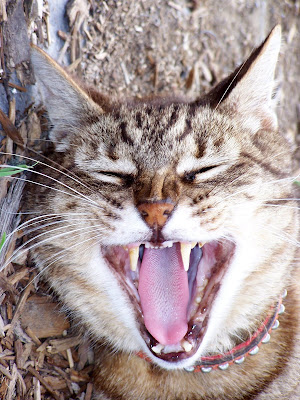 Such a silly cat. 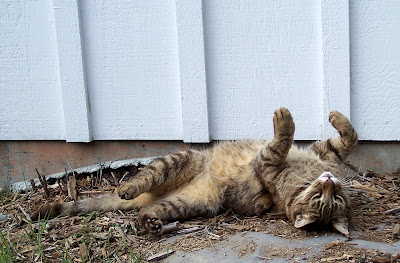 And a very lazy cat. 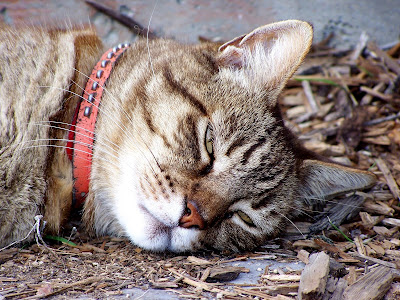 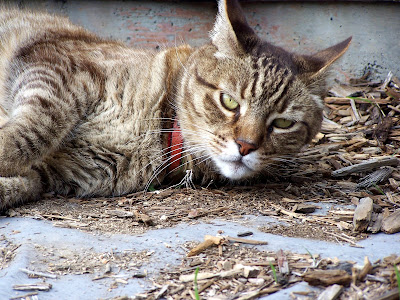 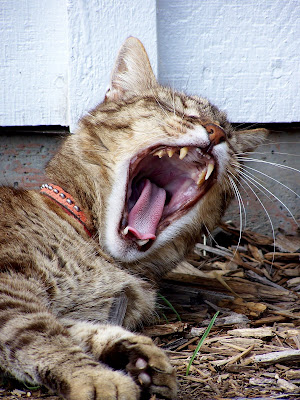