MORE Green Grass and a Resident Rodent at The Lazy Vegan 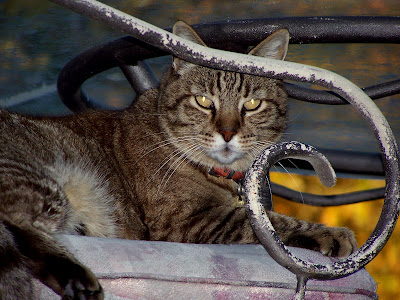 Boulder wasn't aware that we have a resident rodent.
Today the central heating repairman came to fix our central heating, which had suddenly and without warning stopped working the other night. He disappeared into the basement and returned moments later with a cord that had been bitten through by - his words - "a rodent". So apparently we have a resident rodent hanging out at The Lazy Vegan! I wasn't about to tell him that we should give it a name...however, I did move some of the food that we had started to store down in the basement (getting ready for the next Depression with our food supply!). I'm sure that's what attracted the rat/mouse/whatever in the first place. First, he had his fill of pasta. Then he scurried over the central heating and took a nice nap in the warmth. And somewhere along the way he chewed the cord!
So now all's well- we have heat and the little guy will have to look elsewhere for food. Today was a beautiful day and when I looked out at the view from the balcony, I could really notice how much the grass is coming back- I'm so excited- and so are the donkeys! 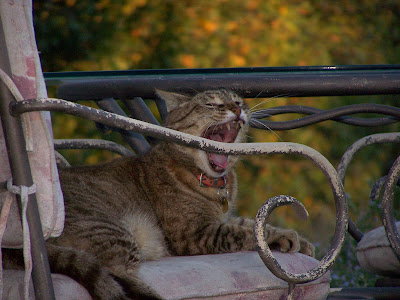 Boulder likes to hang out on the deck of the cabin on warm days. Really, he has no lack of neat little areas to hang out in. 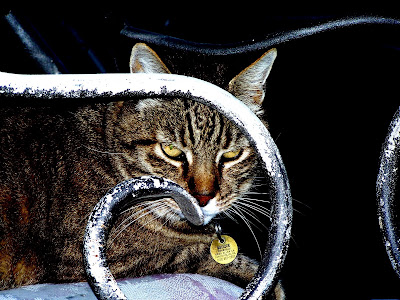 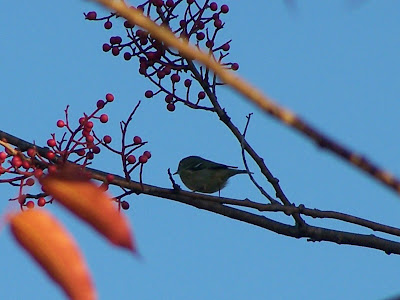 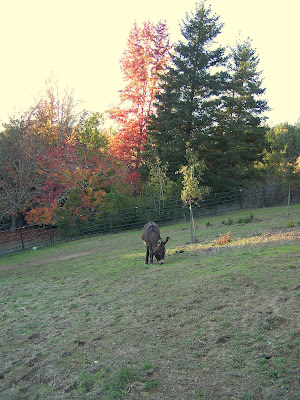 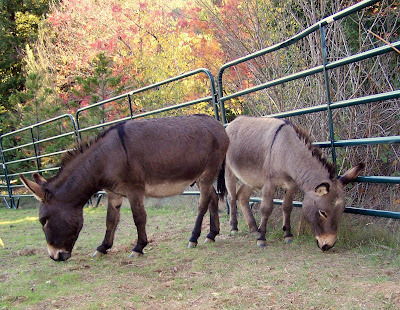 It may not look like much grass, but it is definitely coming back all around the pasture. 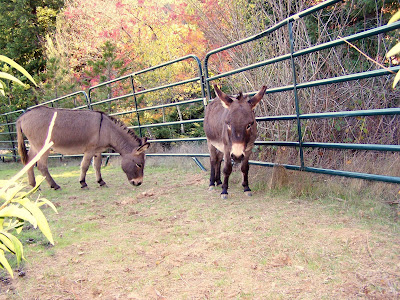 Solo was my number one ranch hand today. 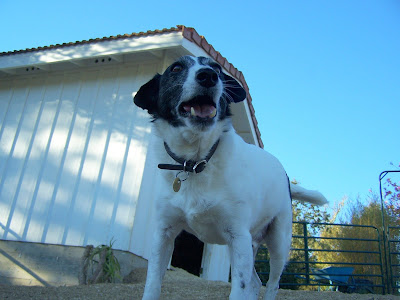 He helped me clean out the barn and the corral. He was a HUGE mental support. 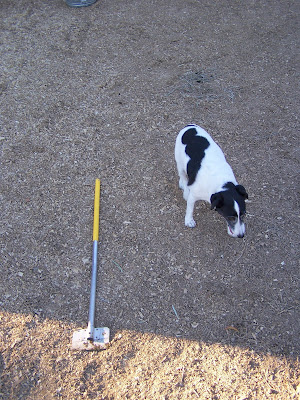 Every once in a while he would point out the shovel to me with his nose. 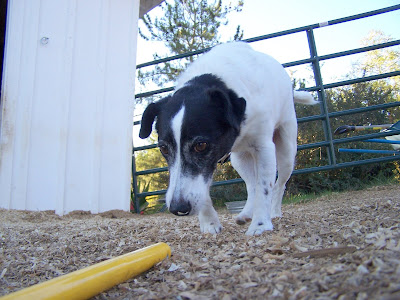 So willing was he to be by my side, he even squeezed under the fencing- something he generally isn't that thrilled about doing.

After a sweet grain snack, Weegie heads out to find some more grass! 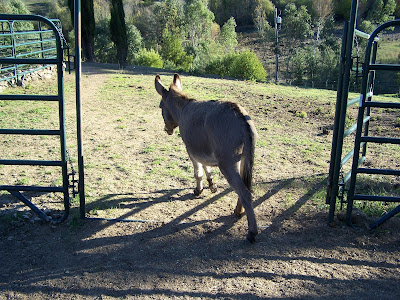 Solo got an extra treat for all his hard work! 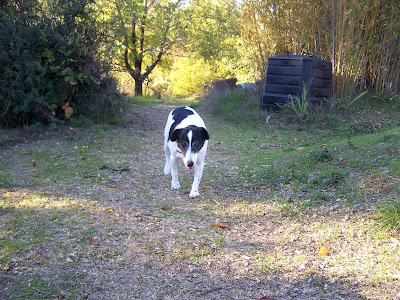 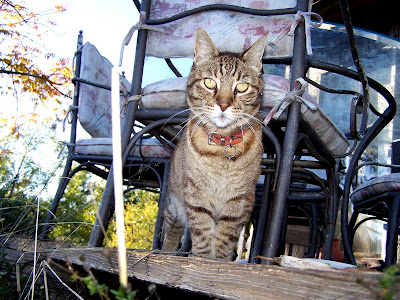 Mushrooms growing in the manure pile! 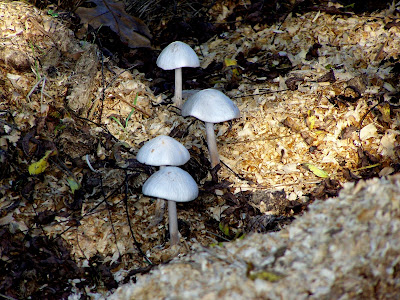 We startled a wild turkey, who then flew up to the nearest tree. 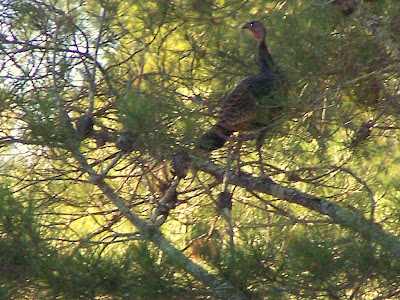 Toby's all set for the day! 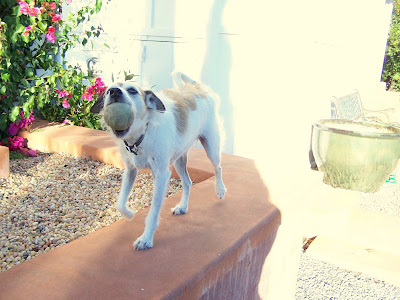