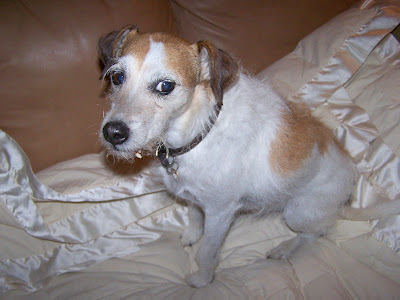 Brave, brave Toby after his dental work!
Toby was the world's bravest terrier today- he went in for his teeth cleaning which turned out to be a bit more than we expected- he had to have 8 teeth pulled! He was a real trooper and from now on, every canine at The Lazy Vegan will be getting his teeth brushed! Toby had to be put under (of course), and when he came to he was shivering- so the vet put him in a machine they call the "bear hug" that blows warm air on all sides - she said that he loved it and snuggled right up! Our brave and cute little Toby. Now he's home sitting on a heating pad. He can't chew on any of his bones for two weeks. The vet didn't say anything about his ball...whew! 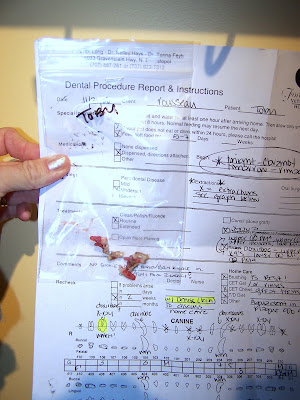 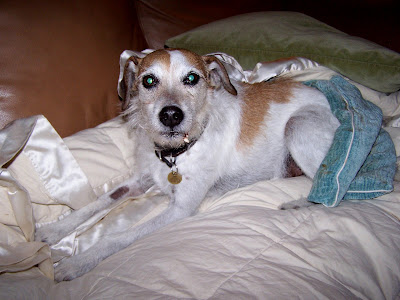 Recovering on the couch with a heating pad. 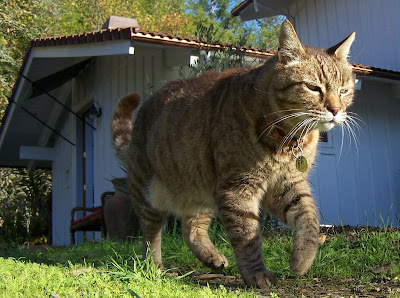 Earlier in the day, Boulder showed his concern for Toby by walking briskly by me. 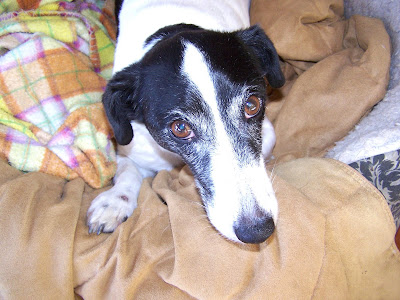 Both Solo & Toby were worried all day- and they missed their brother! 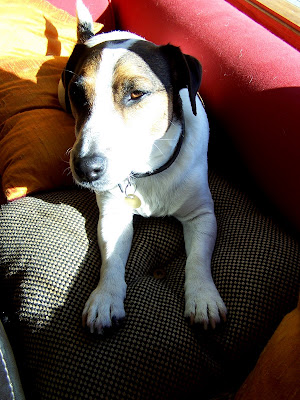 The donkeys were thrilled to have less competition at carrot-treat time! 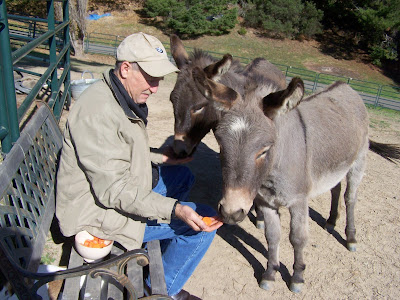 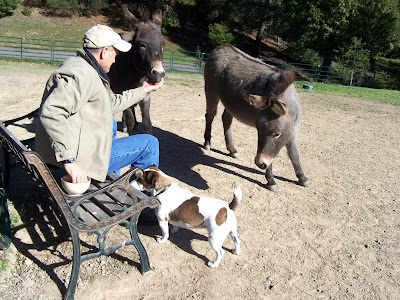 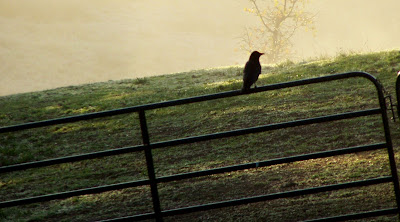 Bravo prewashes the dishes in the dishwasher! 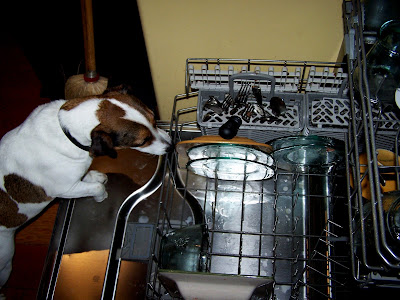 Boulder's spot on the half wall. 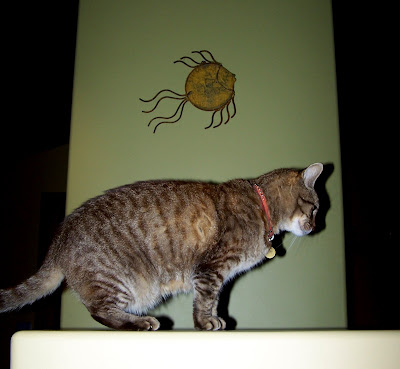 Coming off of the shoulders of The Lazy Vegan foreman! 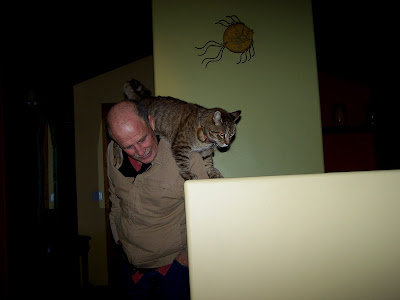 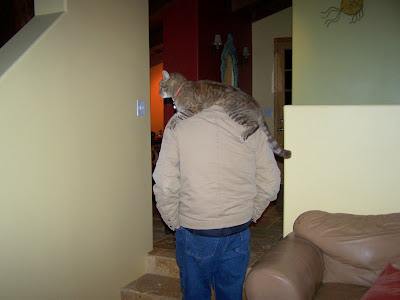 The feline and the foreman - just hanging out! 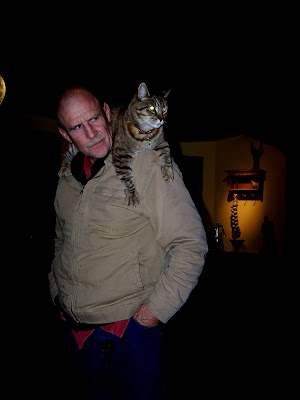 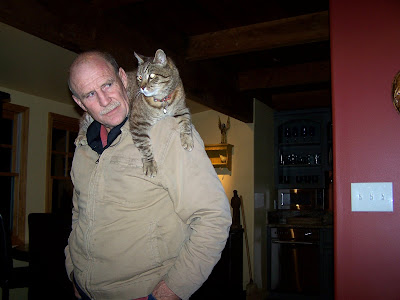 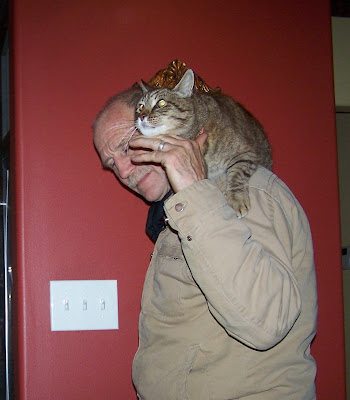 Getting a little chin rub, even. 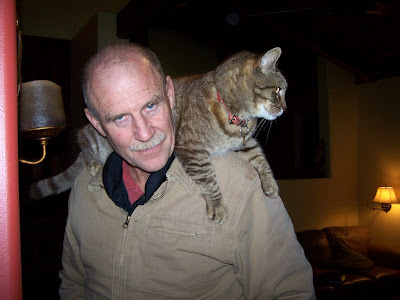 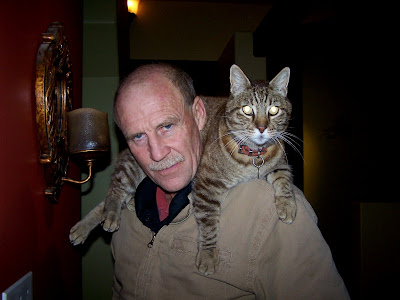