Toby Recuperates on a Saturday at The Lazy Vegan 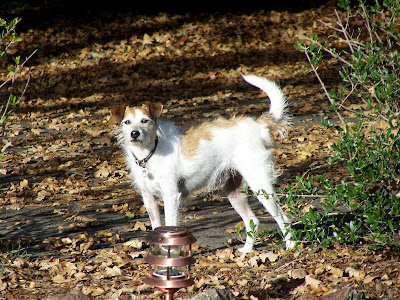 Toby was definitely not himself this morning after his dental work but by the afternoon he had perked up and even showed interest in his ball! So he is recuperating very nicely on a beautiful day. I spent part of the day getting more hay- the truck wasn't available so I had a bale of hay loaded into the backseat of my car, and on the drive home was immediately allergic to it- I am always a bit sensitive to the grass hay, but this was ridiculous- I was sneezing non-stop and my eyes were running. And then when I got home, I decided to get it out of the car and rolled it (not an easy task- anyone who has attempted to move a bale of hay knows how incredibly heavy it is) up to the cabin (where we are now temporarily storing the hay). During the ten minutes it took to do that, I broke out in hives all up and down my arms and even my neck. NICE! And then I had trouble breathing. I've never had such a bad allergic reaction to a bale of hay before- there must have been some different orchard grasses mixed in. Anyway, I survived. Next time I'll definitely wait until I have the truck to get any hay! 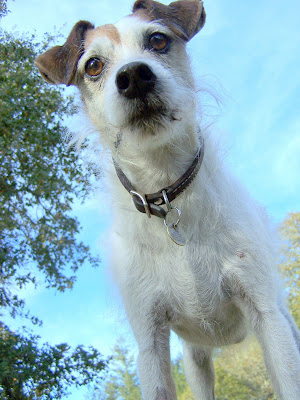 Poor Toby still had some dried blood near his mouth, but he didn't want me to go near it! 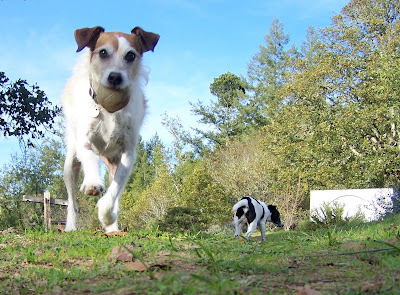 Back to the beloved ball! 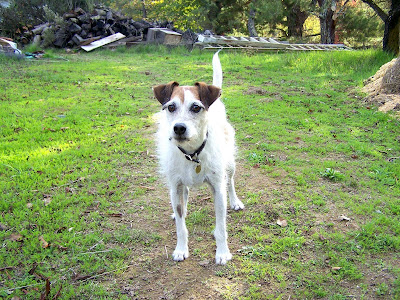 The little dark patch on his leg is where the IV was put in. It looks pretty cute. 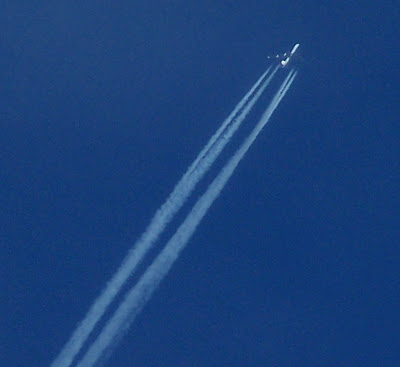 I can't just let a jet fly by without taking a photo! 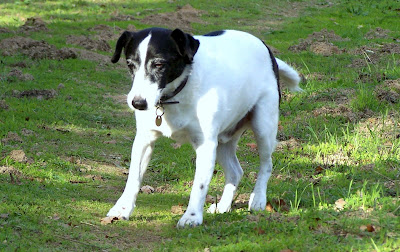 Solo was a bit slower than usual today. Soon I'm going to have a trio of ancient terriers on my hand. Solo is only a year older than Toby, although he seems much older. Sweet little Solo! 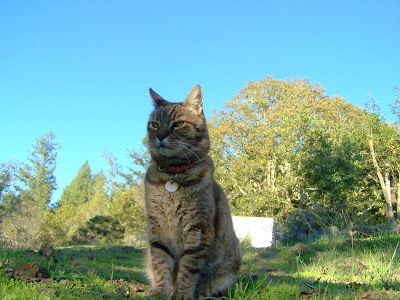 Boulder looks mighty alert for a cat who got up at least six times last night. 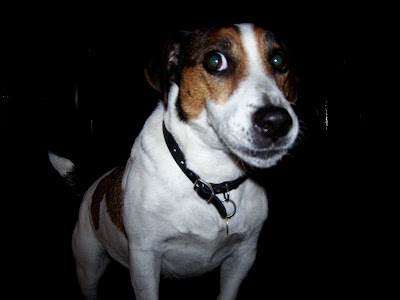 Bravo suddenly developed a cough today. I honestly think it was for attention. For now I am ignoring it. 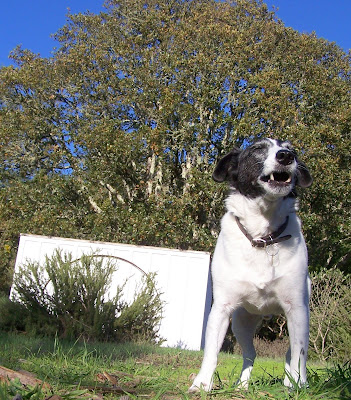 When all else fails, it never hurts to howl! 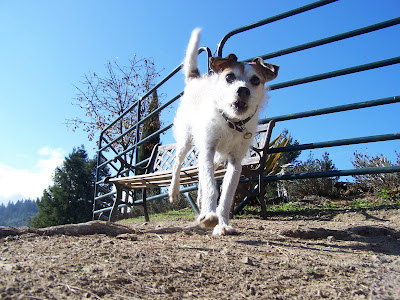 Toby on the mend!