The Donkeys are Fascinated with a Burn Pile at The Lazy Vegan! 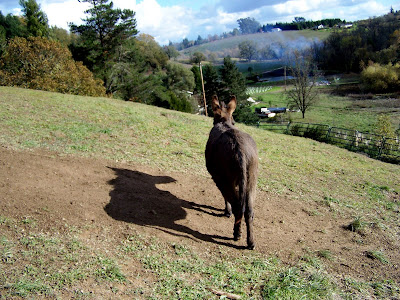 It was a big day for neighborhood burn piles at The Lazy Vegan- and the donkeys spent a large portion of the day staring at the smoke! The foreman of The Lazy Vegan went to renew our burn permit, so expect a blog with a huge burn pile photo soon. His plan is to burn a massive pile of vegetation & debris on the side of the house- and then the future plan is to expand the donkey fencing- which I'm all for! The donkeys would love to have even more space. Soon they just may have the entire property! 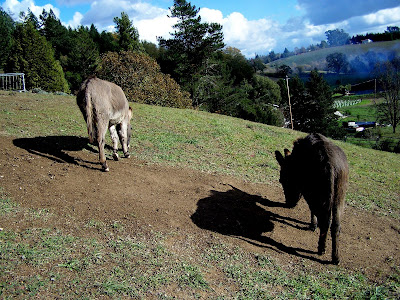 Between grazing, they'd stop and just stare at the drifting smoke. 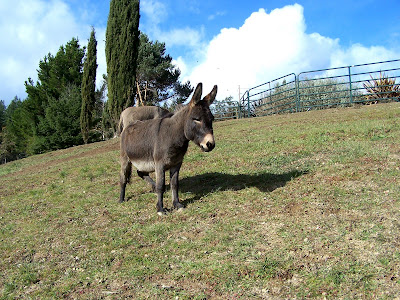 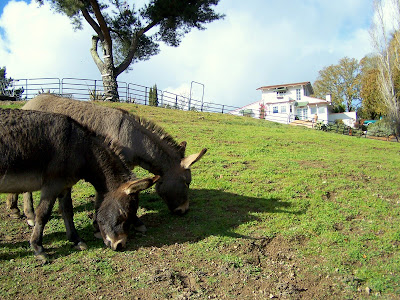 Another really cold day, too- but at least there were some dry spells for the boys to hang out. 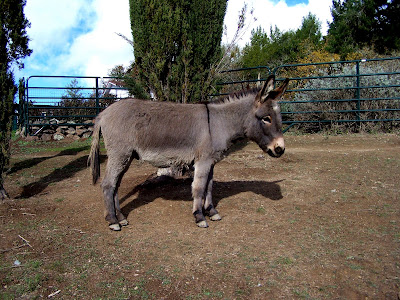 Maybe they think the smoke is some kind-of creature, the way it keeps moving! 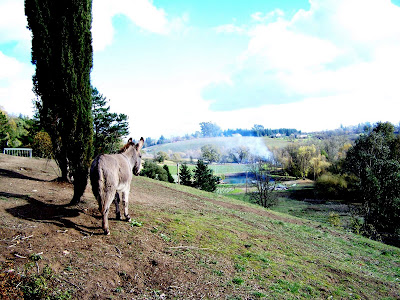 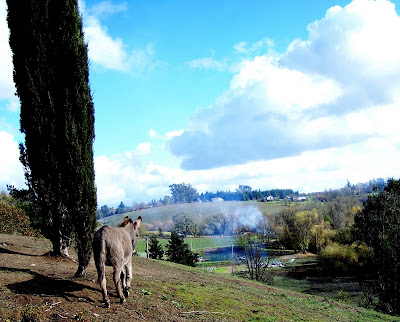 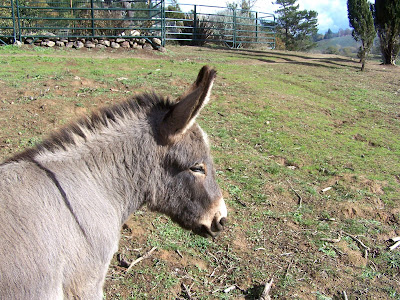 The trees by the corral offer a second area of protection from the rain, and the boys also like to chase each other around under the branches. 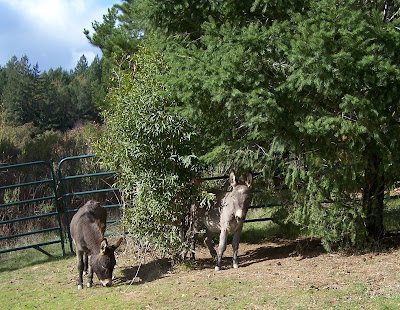 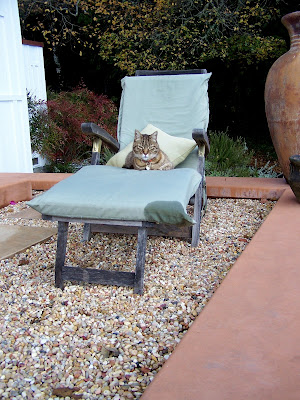 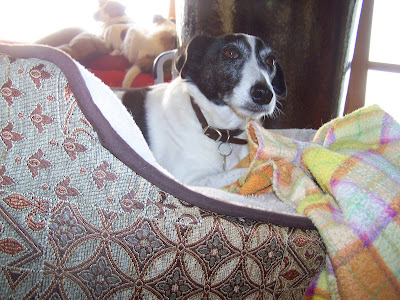 The other dogs use the window seat area as a bed- and a perch! 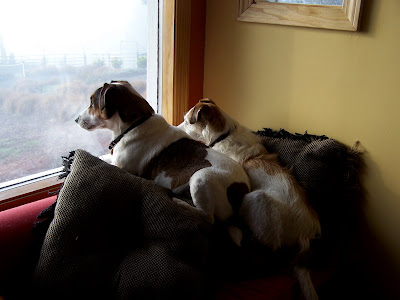 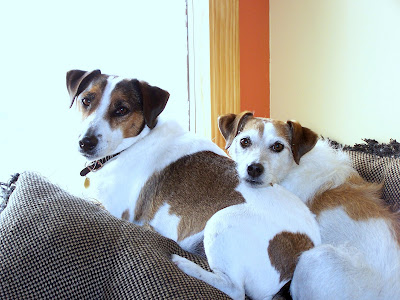 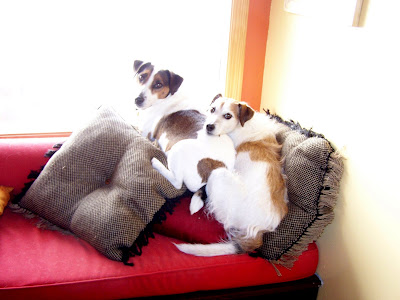 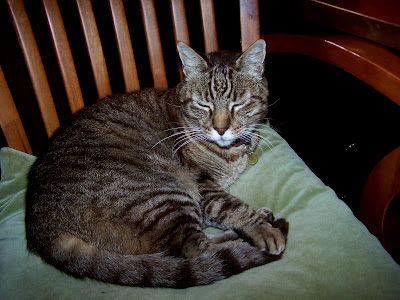 A jack rabbit spent a lot of time visiting this morning. 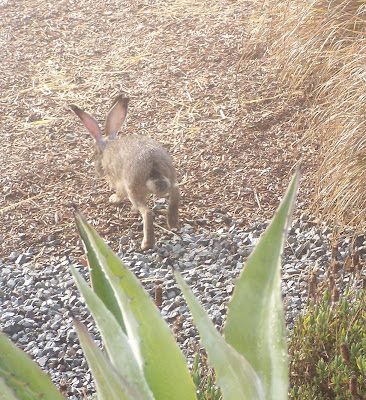 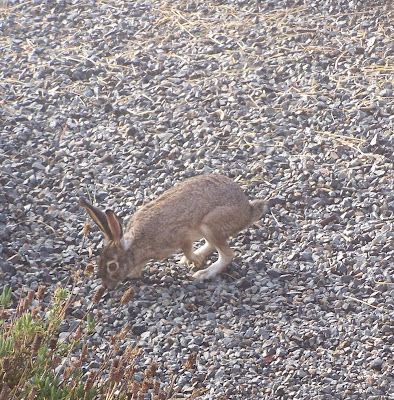 The nightly news with the terriers! 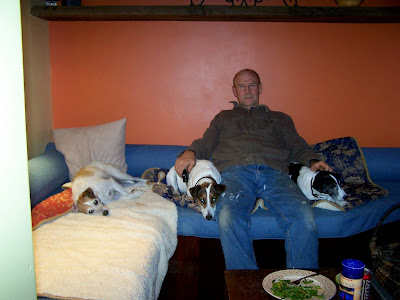