A FREEZING & Rainy Sunday at The Lazy Vegan 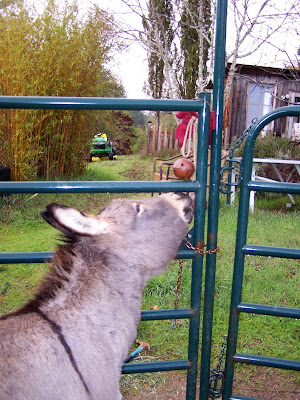 Weegie checks out some Christmas Bells I put temporarily on the gate- he's getting into the holiday spirit!
It was an absolutely FREEZING and wet day at The Lazy Vegan- with only about twenty minutes of clearing much later in the day. There was even ice in the automatic waterer in the pasture. I resisted the urge to take out a portable space heater to the barn (although I think that day is coming), but I did go outside often to visit my boys. Too bad they don't play Monopoly! It would have been the perfect cold, rainy day activity! 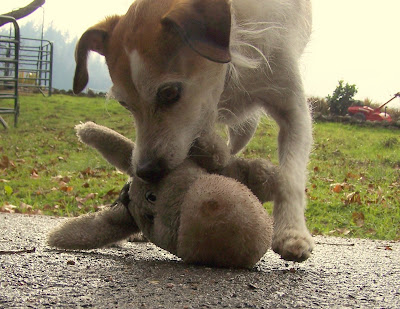 We all took advantage of the brief break in weather later in the day. 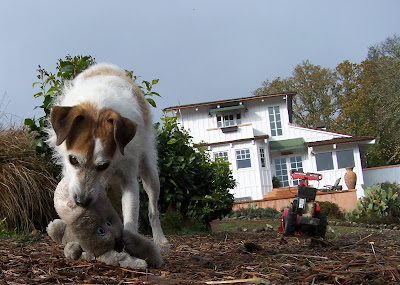 The sun even peeked out for about four minutes! 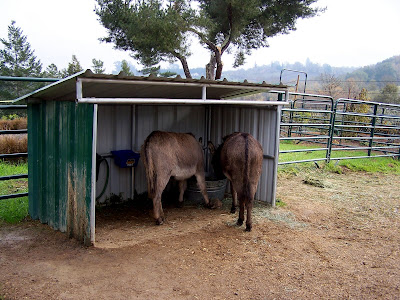 I still really need to pick up a bale of straw for mud control- the boys were already starting to slip and slide. 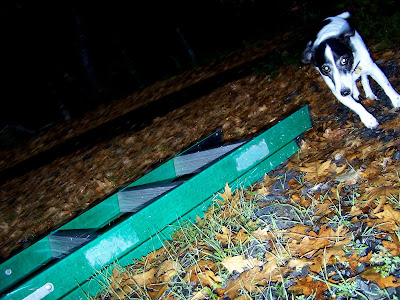 Solo makes his way around the ladder. 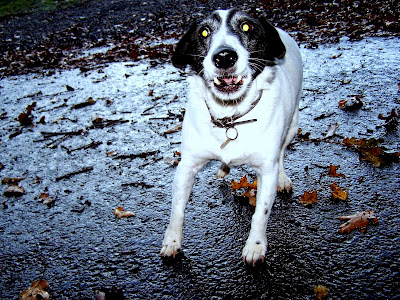 Solo needs a little sweater. I used to have one for him- a red one. He looks good in red. 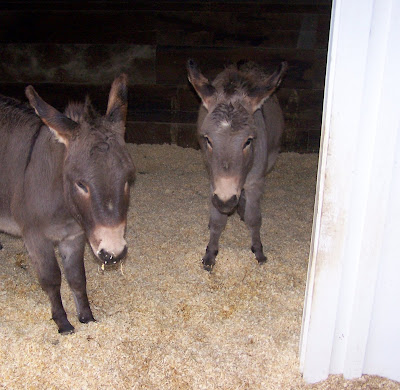 Bored, bored donkeys. Next rainy day I'll bring out the radio for them to listen to. I didn't have batteries for it today. 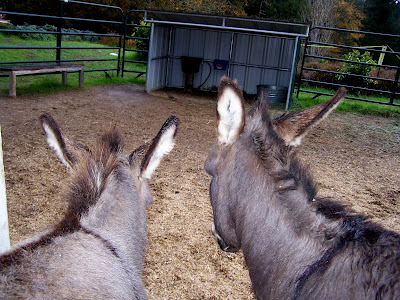 I spent quite a bit of time in the barn with them. After about one minute, I was bored, too! 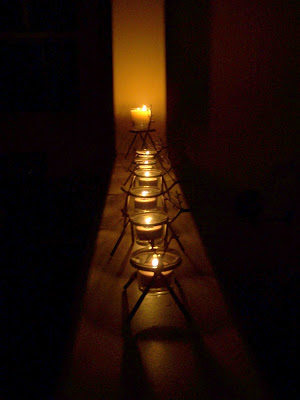 I discovered my missing box of Christmas decorations and reindeer candles! 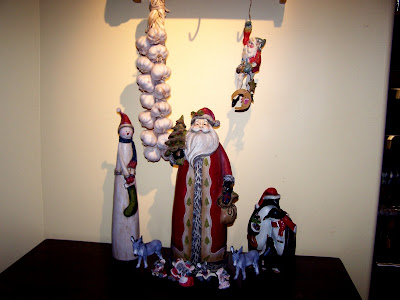 While I put some Christmas decorations out, Randy spent all day repairing the bathroom sink. 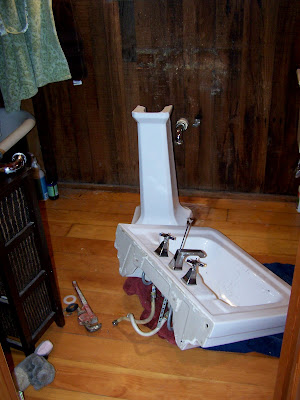 Early this morning, Snap and I went to the cafe after our extremely cold run and bike ride- here's Joey, Karina's friend! 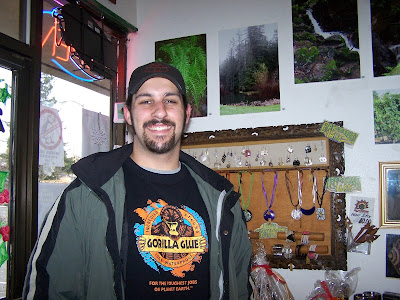 And Karina and her co-worker, Drea. 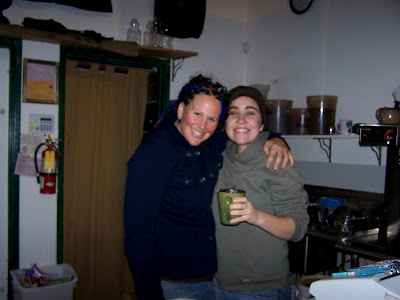 And the very cold Mom and Daughter. 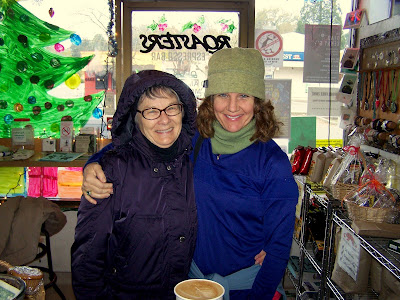 I love Drea and her hair- she changes the colors every so often! 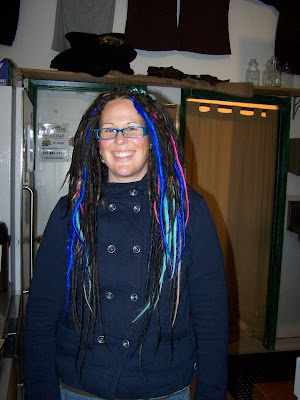 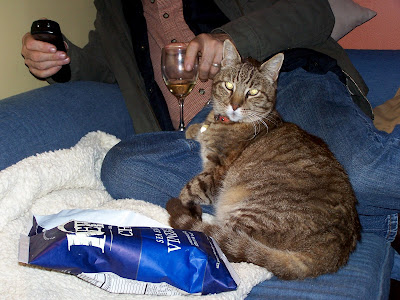