The Sun Returns on a Monday at The Lazy Vegan 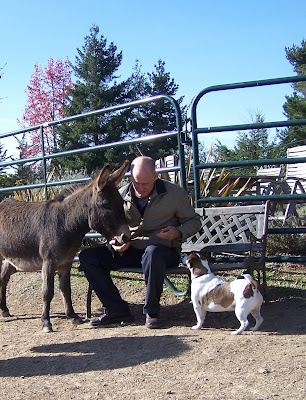 The sun returned to The Lazy Vegan today- yay!! The donkeys both took "standing naps" facing the sun- that's when they nap standing up- or at least they appear to be napping, since they close their eyes. It was nice to get a break from the gray that has been hanging around for a couple of days. Last night I heard a coyote that sounded like it was right on our property- it was the loudest I've ever heard- so I was on hyper-coyote-alert for Boulder: I followed him outside when he had to go out to do his business. Cats really don't like to be monitored while they do their business. Dogs don't seem to mind, but cats really DO. I remember this about Valentine, too- so I speak from the experience of more than just one cat. After I saw Boulder do his business (cats are really neat about it), I scooped him up and took him inside to the coyote-free zone- and his thanks to me was an attempt to scratch me and a very snarky hiss! I'd rather have a cat mad at me than worrying about a lurking coyote with a cat roaming outdoors. 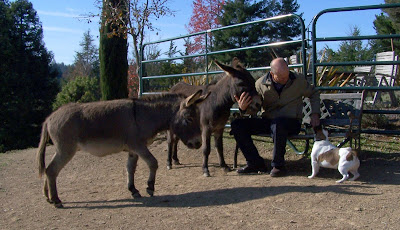 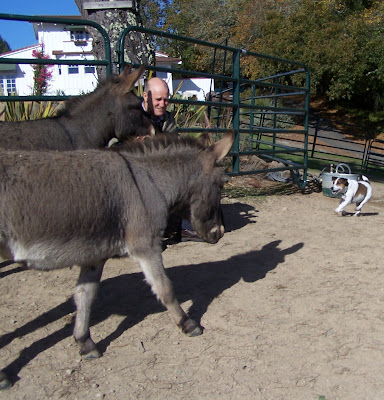 Everyone gets in the action. 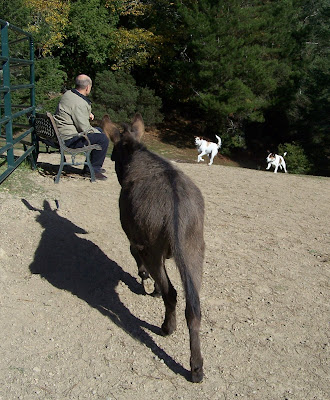 Paco was less than thrilled to know he had to share carrots with the dogs again. 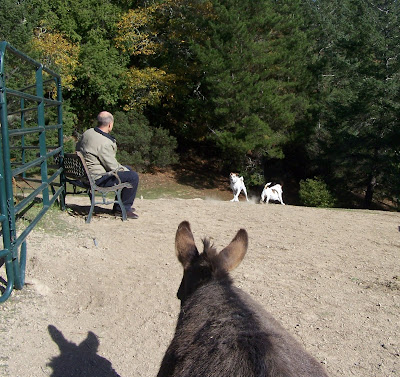 Weegie heads to the foreman for his carrots. 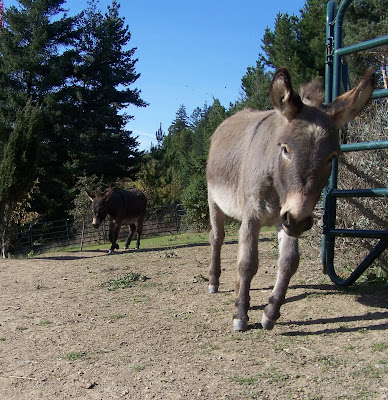 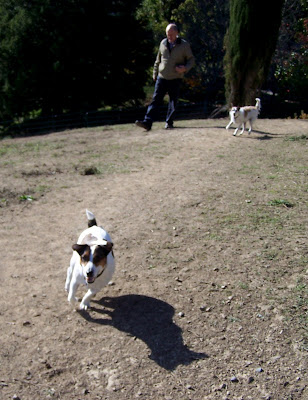 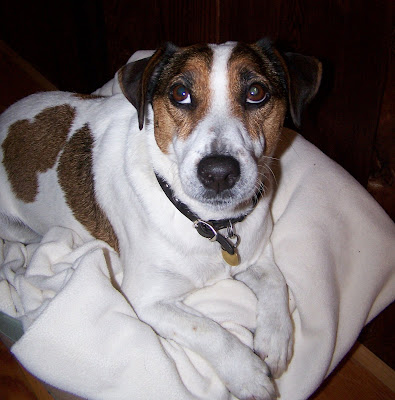 Since it wasn't HIS dinner I was talking about (although I had uttered the magic "dinner" word), I gave him a bone. 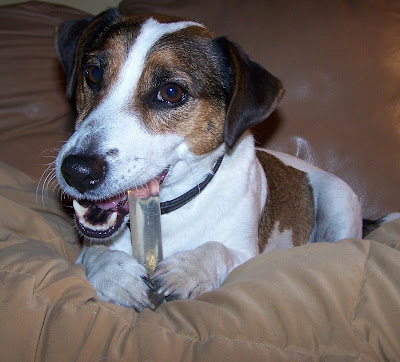 Boulder heard the discussion about dinner, too. I have to start spelling it out around here! 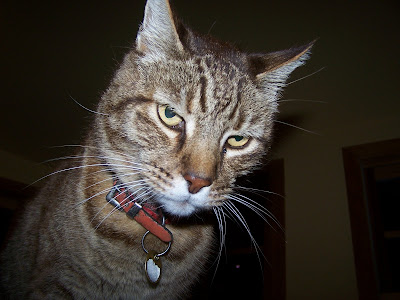 Solo & Bravo head off together. 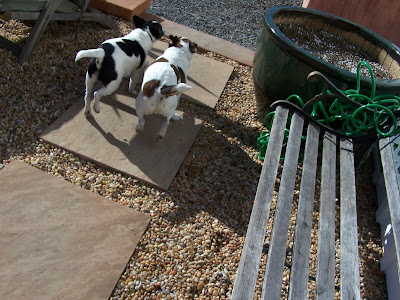 The donkeys munch the bedtime flake of hay. 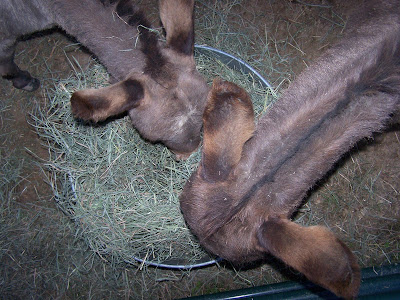 Solo helps me with the evening chores. This is becoming a routine! 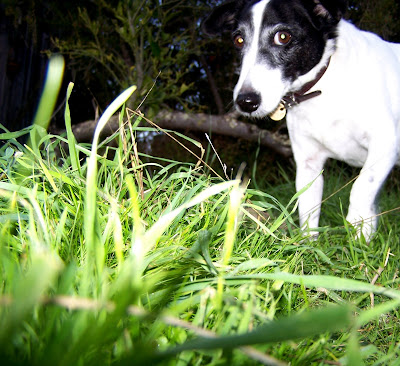 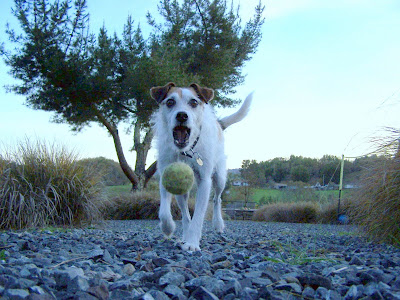 Happy to be playing in the sunshine...even though Bravo looks like he's up to no good. 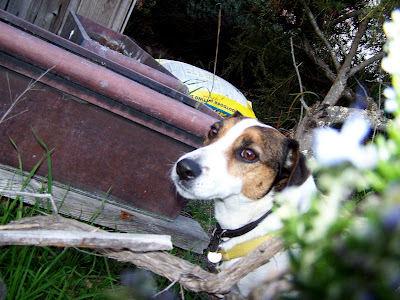 And Toby is up to his same old tricks! 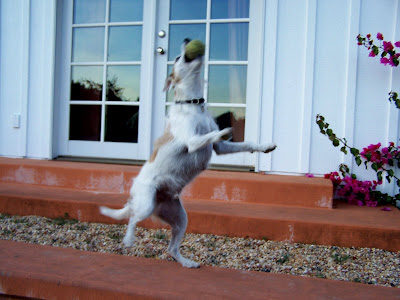 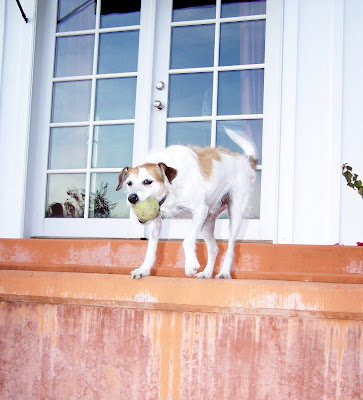 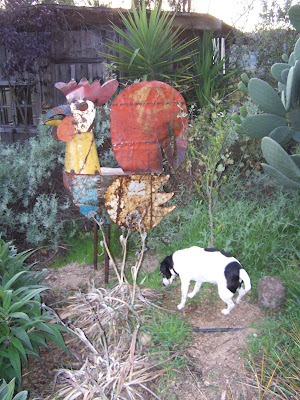 Solo goes to say hi to the rooster. He seems to like hanging out in this spot. Not sure why!
Posted by Diana at 6:49 PM