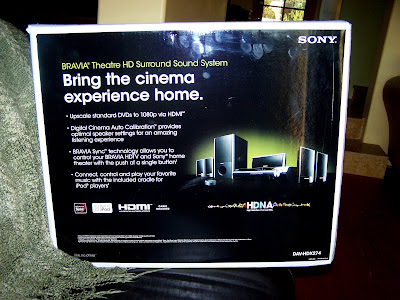 Apparently it isn't enough to have the visual theater effect at The Lazy Vegan- we need to HEAR more of a theater, too! The foreman came home this evening with a new speaker system to attach to the new t.v. Last night we watched a documentary about the Nile River, and I have to say that with the combination of the large screen and high definition, it was an impressive showing. I amost felt like I was on the raft with the crew going down the Nile! So if the foreman thinks we really need an upgrade in sound, I'll have to trust his instincts. So far they've been good! 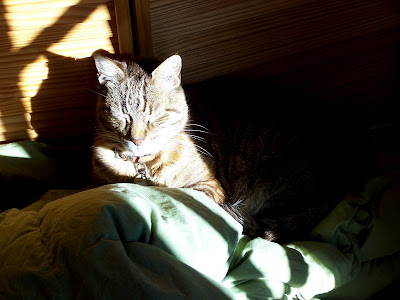 Boulder was caught napping up in the "media room" late in the afternoon. He's actually been allowed to hang out with us when we watch movies. But the poor pups are still banned. I don't feel too bad for them- I make sure they're plenty cozy downstairs! 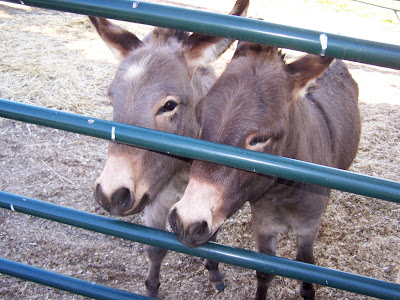 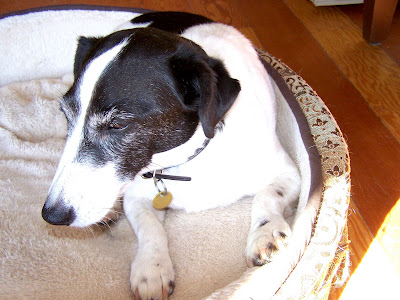 Solo sports his gray face. He has his annual appointment with the vet next week. 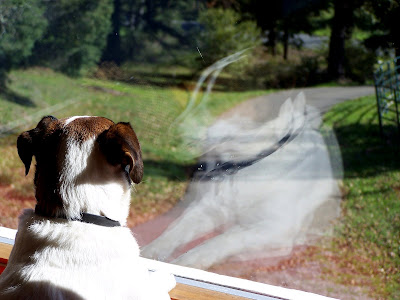 Bravo with his reflection. 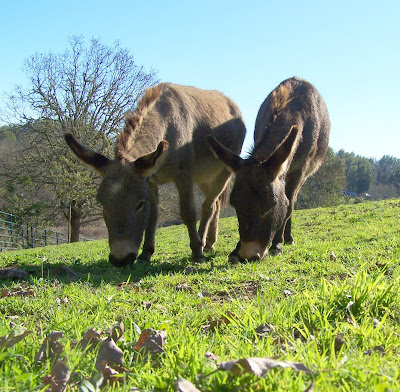 Lots of green grass coming up! 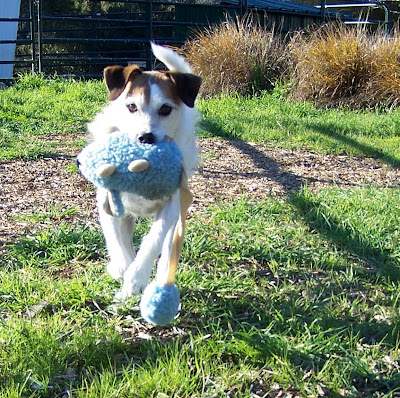 Toby and the mouse toy. 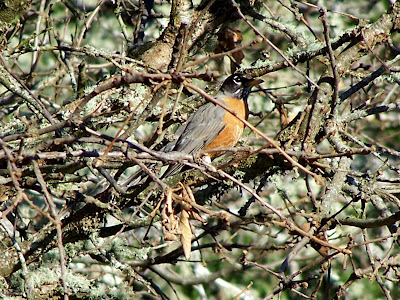 A robin tries to hide. 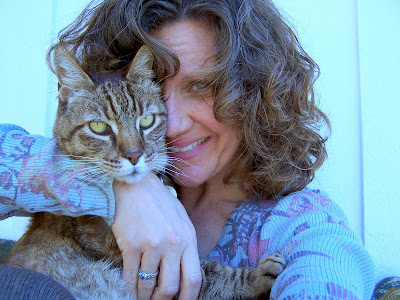 I am so attached to my Boulder. He's just the greatest cat ever. 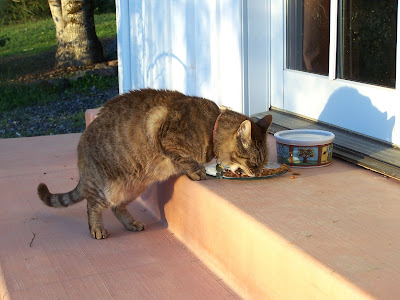 He does have an interesting eating style. 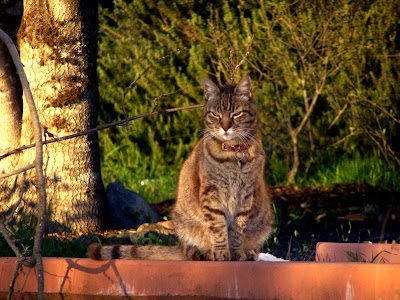