The Big T.V. Arrives at The Lazy Vegan 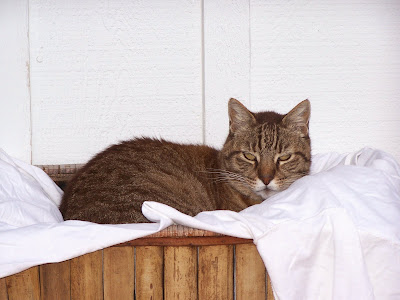 Boulder is completely unimpressed with the new big t.v.
The long-awaited "freebie" t.v. (well, not exactly free- but the one we "won" by using our airline miles to bid on) has finally arrived. The Fed Ex guy wheeled it all the way up our steep driveway and said it was his "workout of the day". And then the foreman spent a long time getting it all set up, which included a call to India for tech support! We indulged in some late-afternoon "testing" and watched part of A Perfect Storm and other movies- and I have to admit- it is pretty awesome having High Definition and a large screen- I felt like I was at the movies! The poor dogs had to stay downstairs, though. For now, the "media room" is a no-dogs-allowed zone! 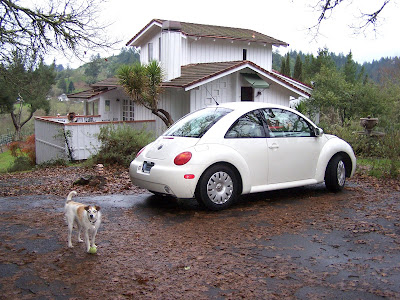 Toby was more interested in a ball toss than the t.v. 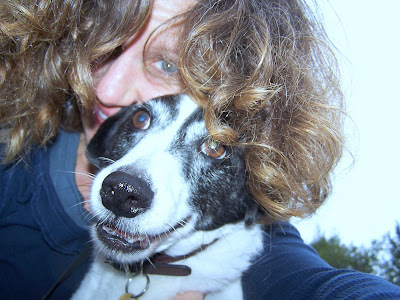 And Solo just wanted a hug! 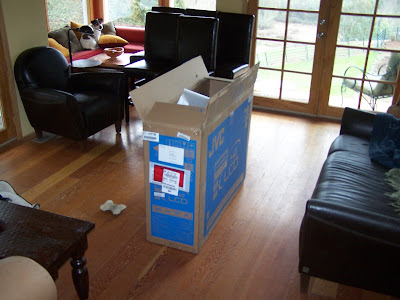 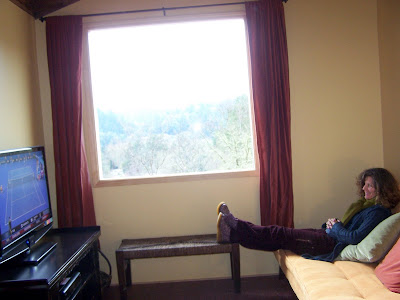 I pretend to watch a game of tennis! 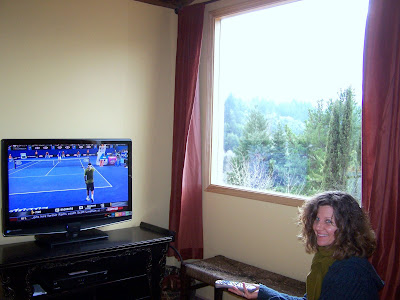 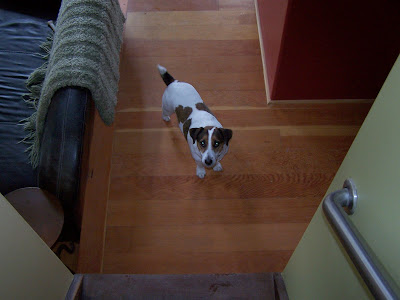 The foreman figures it all out. 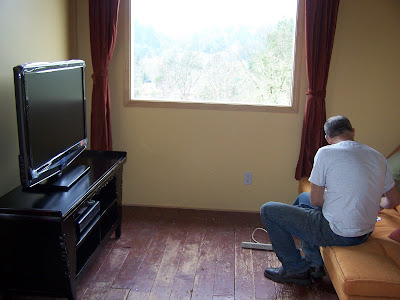 The donkeys were mildly interested, but they know they won't be able to go upstairs any time soon. 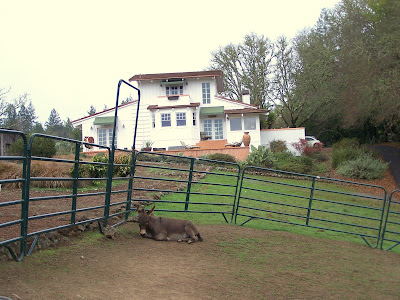 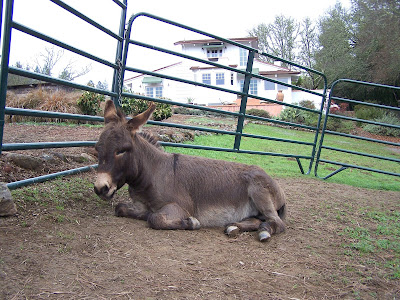 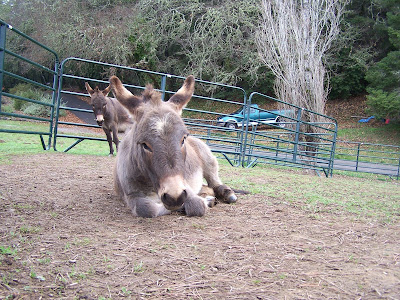 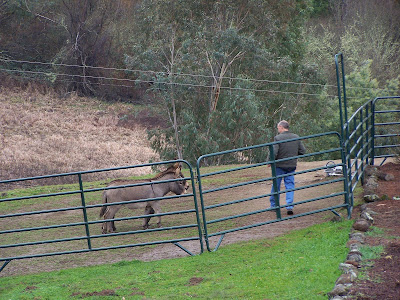 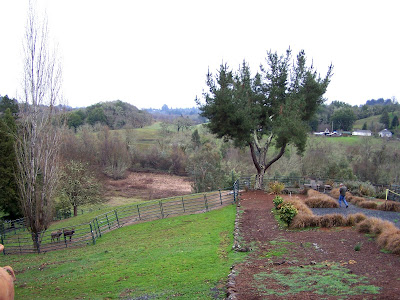