Boulder is Allowed in The Media Room at The Lazy Vegan 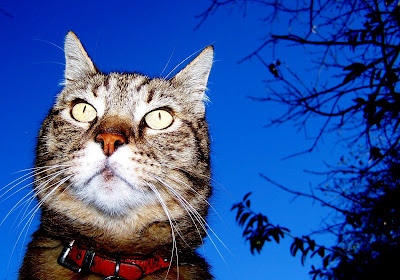 Prince Boulder is the only animal allowed in the media room at The Lazy Vegan- despite the fact that he threw up his cat food all over the new orange futon (it happened to match- gross, but true!). We just want Boulder to be enjoying his senior years as the only feline among the dogs & donkeys- so he gets some extra attention! He took advantage of his media room access and took an early evening nap on the futon, while the dogs scampered around downstairs. The foreman successfully installed the surround sound system. I now fear we may never leave the media room! 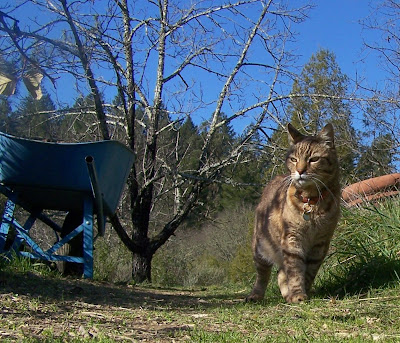 Boulder has his special little spots- one is by the wheelbarrow, and the other by one of his favorite scratching trees. 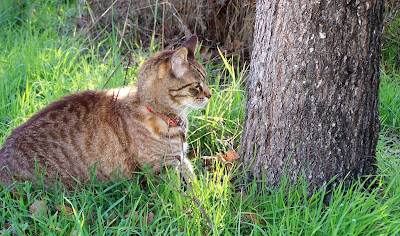 The donkeys would really love to see the media room. I seriously doubt that they ever will. Maybe we can take the t.v. out to them for special shows! 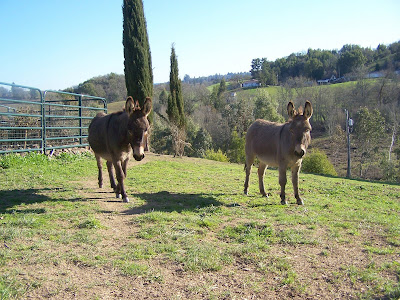 I've never seen Boulder in the corral before- he was rolling around, dangerously close to a pile of donkey manure. 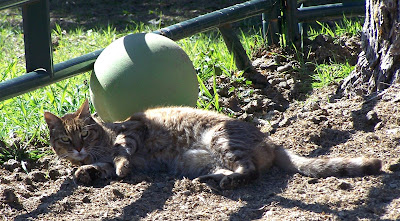 Prince Boulder on the futon in the media room! 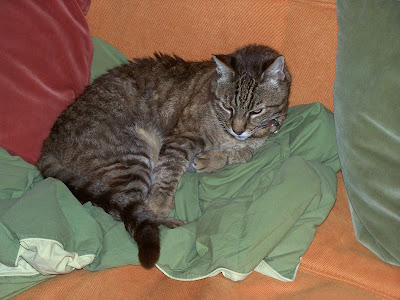 Solo helped me with the evening chores. 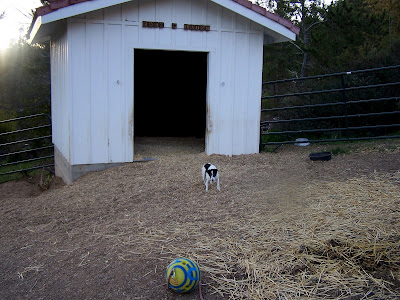 It takes him forever to go downstairs now- and I have to lift him to go up. 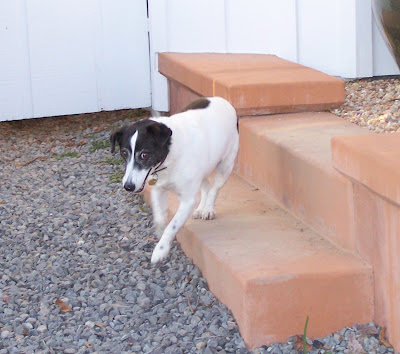 My birthday present to myself- a day early- I broke my "no clothes shopping" rule and bought ONE blouse. This will become a basic in my wardrobe- a bright yellow shirt! It will go great with the VW Beetle! Just because it is fun. 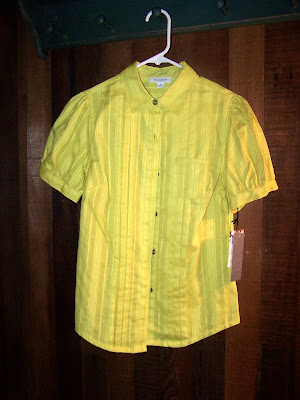 Paco gets comfy on the fence. 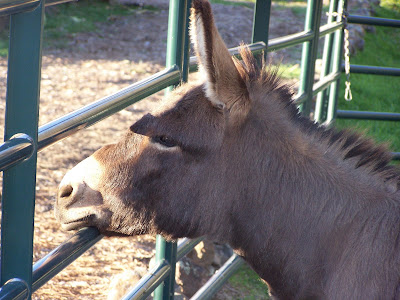 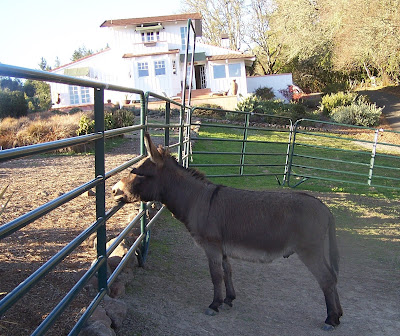 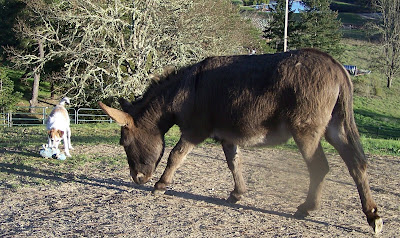 Toby and the donkeys sort of play together. 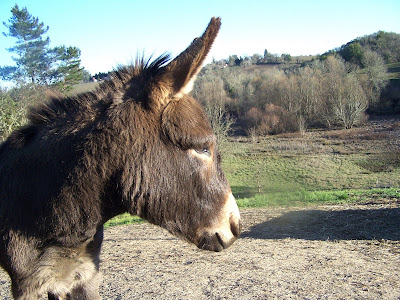 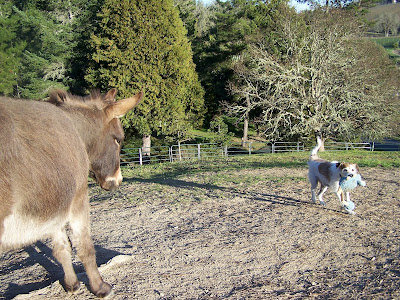 Weegie couldn't figure out what Toby's stupid toy was! 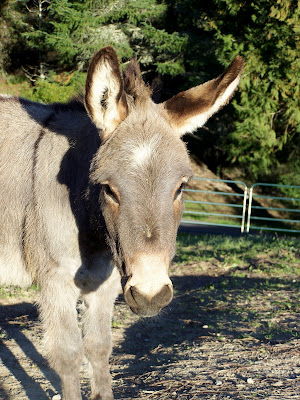