A Great Day for Hummingbirds and Donkeys at The Lazy Vegan

Weegie was feeling his oats today- even before he had his sweet grain!

It was a sunny, warm day today- and lots of birds were out and about, especially the hummingbirds! The donkeys had fun running around and Luigi in particular enjoyed a series of dust baths (although in the winter I'd have to call them mud/dirt baths, as no dust is created!). Boulder spent the entire day outdoors, lounging in the sun- and the pups got some quality time on the sunny deck while I was gone!

I wish I could talk to Weegie to find out what he loves so much about taking a dust bath! I have been dreaming about the donkeys a lot lately- so much, in fact, that I've decided to keep a "donkey dream journal." But I'll save that for another blog posting! 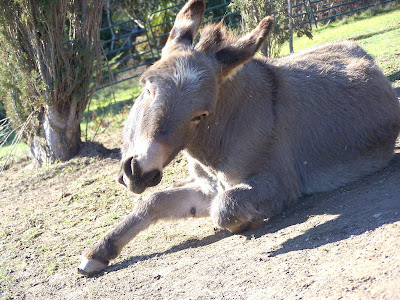 He sure was enjoying himself. 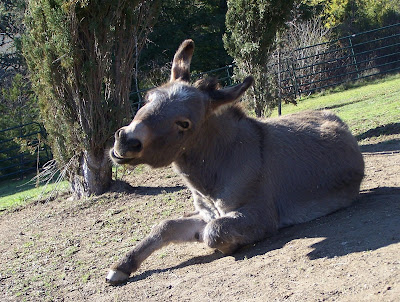 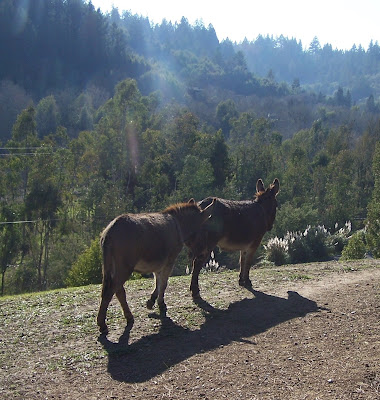 Paco and his shadow. 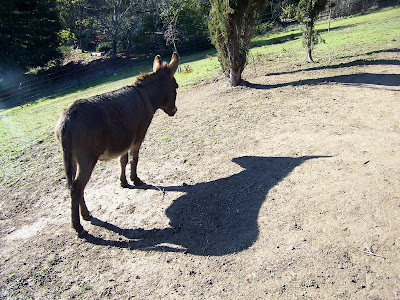 I'm reading a book right now about a woman who rescued donkeys. She ended up with a lot of them. There are some great donkey stories so far- including one time when she was young (she grew up with a donkey) and brought her donkey indoors while her mom was away- apparently the donkey helped herself to an apple in the kitchen and then walked upstairs. The problem was when it was time to get the donkey out, she wanted nothing to do with going DOWN the stairs- finally they had to blindfold her and then she walked down! 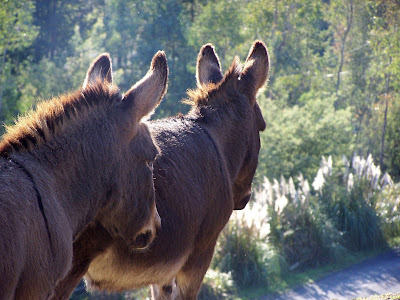 The boys spot something on the road. 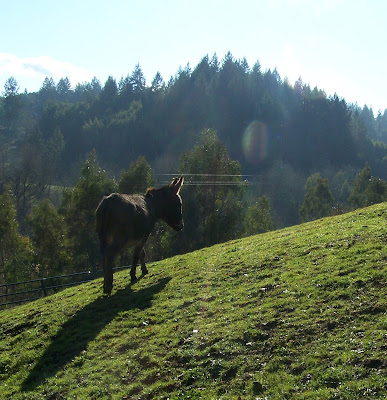 The long uphill climb to the feeder! 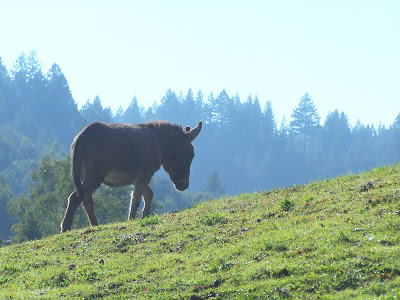 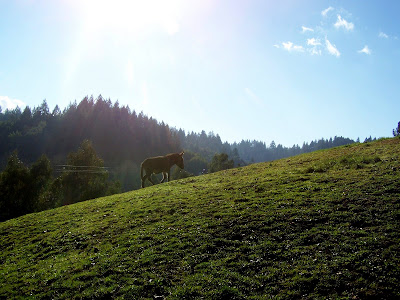 The sports fans watching both basketball AND tennis in the den. Bravo looks concerned. Maybe his team is trailing! 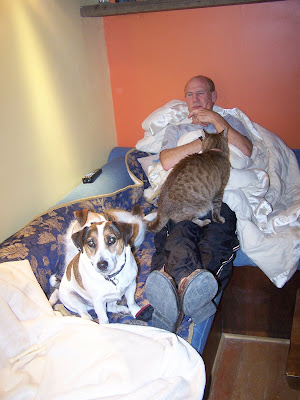 A spunky little hummingbird hung out long enough for me to capture these photos! 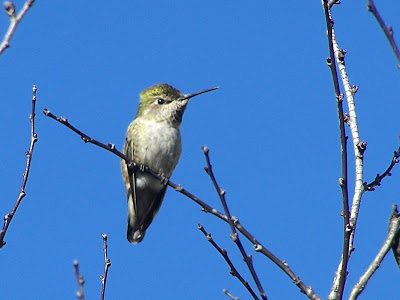 I rarely see a Hummingbird stay still for so long. 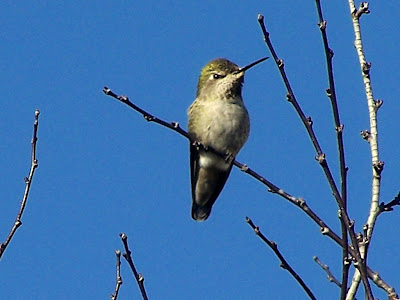 At one point he spotted me and buzzed over to a new location. 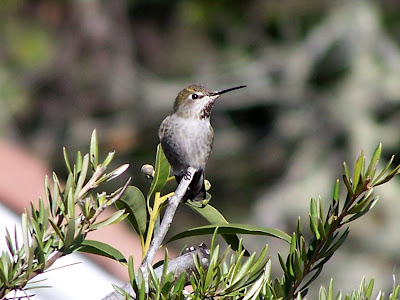 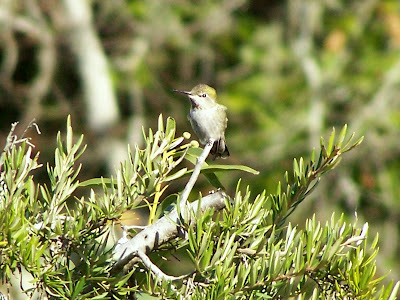 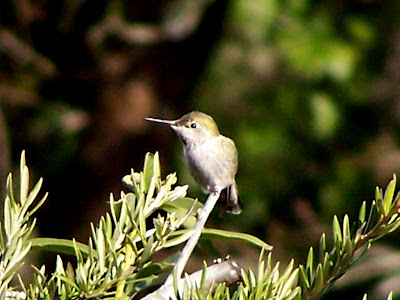