Just Another Day of Posing for Photos at The Lazy Vegan 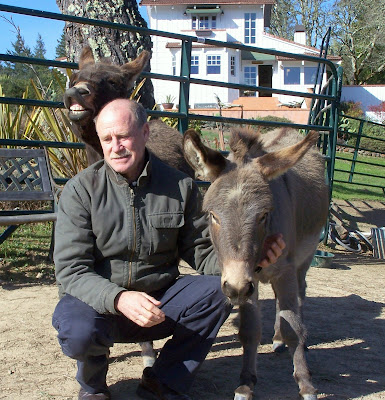 Say CHEESE! Soy cheese, that is...Paco knows how to smile for the camera- even when nobody else is! (double click on photo-it is even better bigger!)
I sometimes wonder how the animals would react if I went a week or so WITHOUT taking my camera everywhere with me. Out of the zoo crew at The Lazy Vegan, there are two animals who actually seem to POSE for photos...Paco and Boulder! And Bravo a close third. Toby and Solo are a bit more camera shy. At any rate, the photo above captures a bit of donkey humor...Paco seemed to know exactly what he was doing! 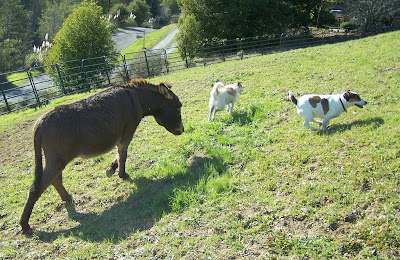 Once Paco decides he's had enough of the dogs in the pasture, he swiftly chases them out. 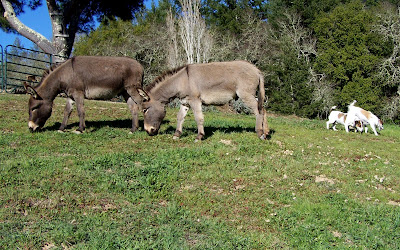 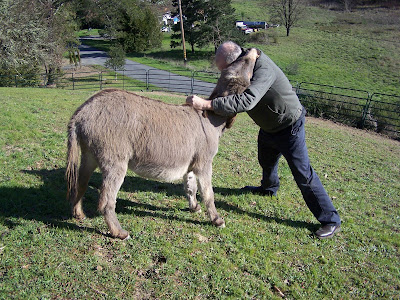 The foreman braces himself for a Weegie hug. Hanging out with the boys. 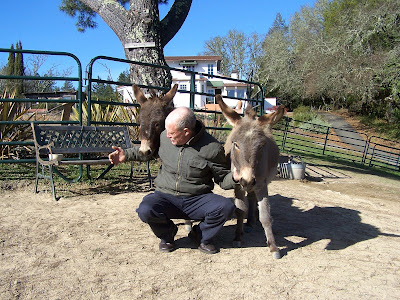 Weegie has been less shy around the dogs lately. 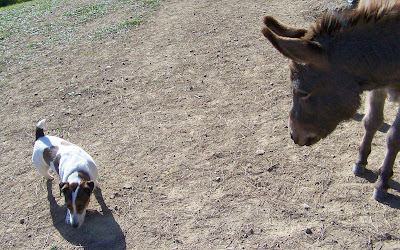 Bravo scored a carrot bite that was meant for the donkeys. 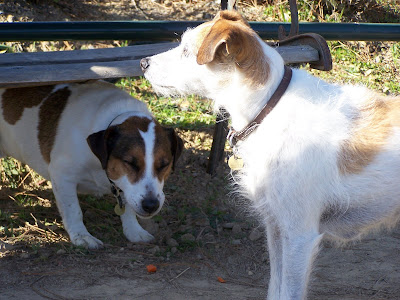 The foreman will throw the dogs their carrot pieces- it is quite the scene. 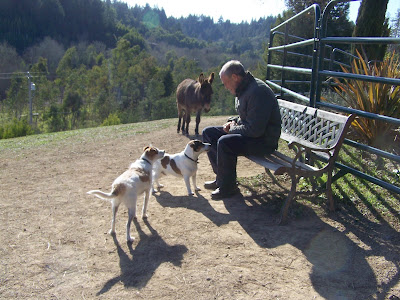 Luigi shows an interest in the stupid ball I bought a year ago that the donkeys virtually ignore. 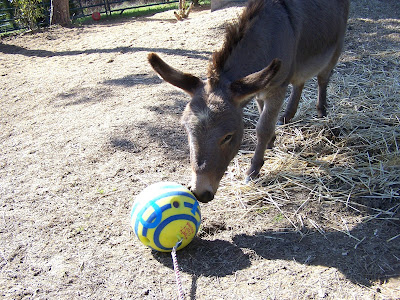 Warming up on the window seat- it was another frosty morning, and it was another morning that I was up at 4:30 a.m. to greet the day! I had a talk with the animals today about sleeping in. 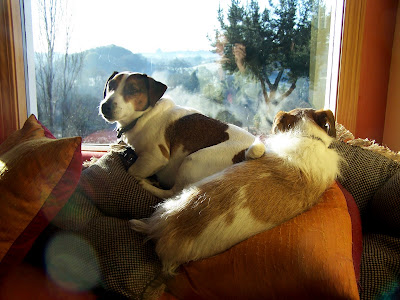 Boulder relaxes under warm towels freshly pulled from the dryer. 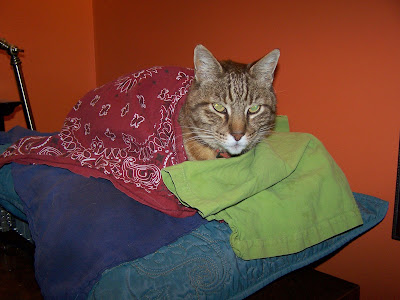 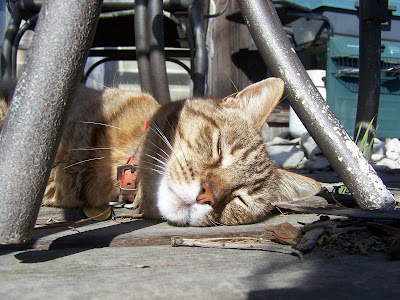 And later in the day, he picks the deck for his lounging and play time! 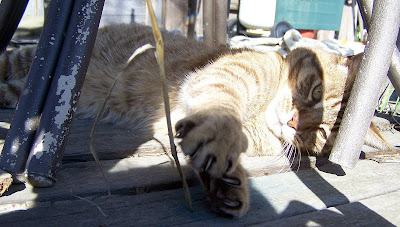