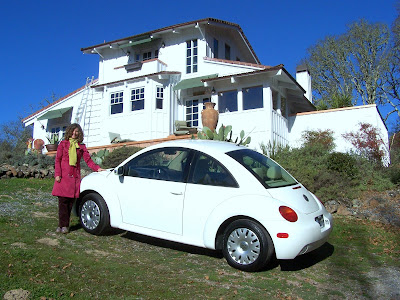 My new (to me!) VW Beetle is AWESOME!!!! It is cute and drives like a little sportscar. It is a great addition to the Lazy Vegan- the interior is made out of leatherette, not leather - which of course I would not have!! More photos coming soon. I'm still in the new-car-daze! 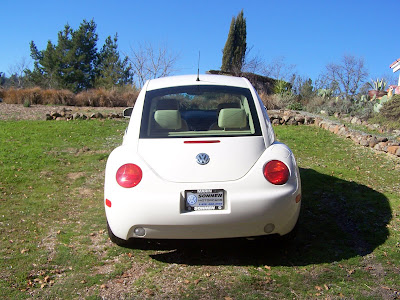 I love the way the back looks. 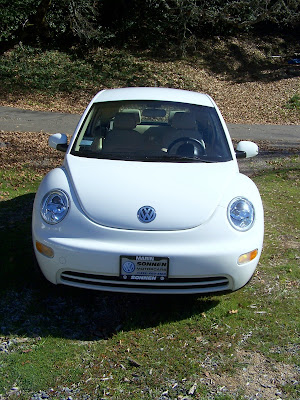 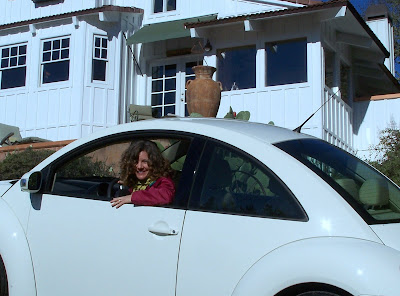 You can see it isn't as small as one might think. 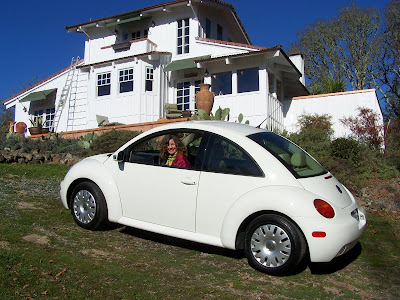 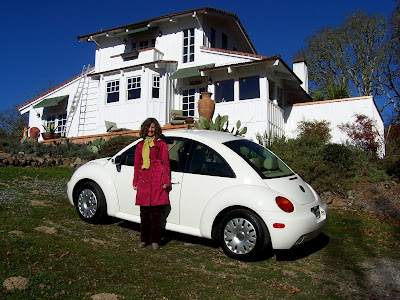 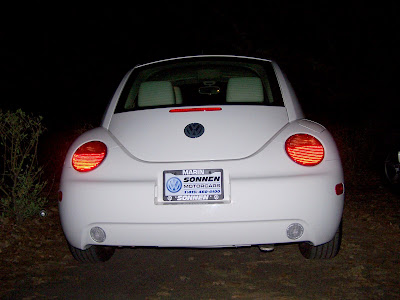 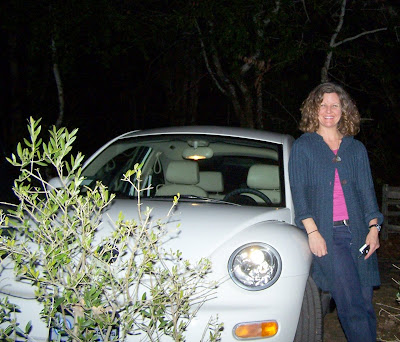 The football game at the dealership. 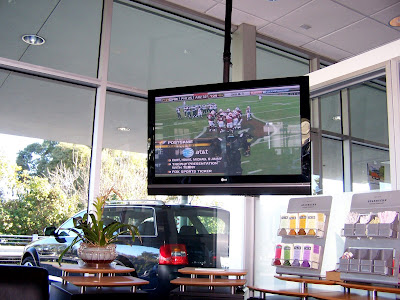 The bright yellow one was cute- but I'm glad we ended up with the white- I don't think I'll ever get tired of it, whereas with a bright color I might. Plus, we got a good deal on the white one. 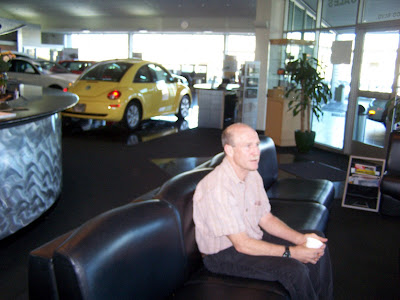 Bravo hopes I'll still think he is cute now that he has the VW Beetle as competition! 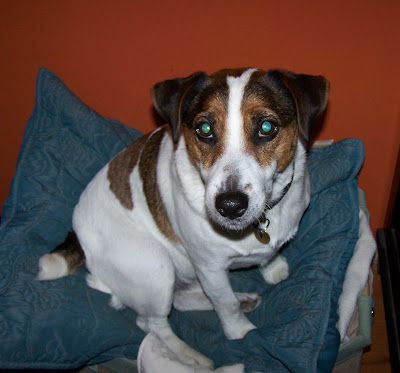