Barn Fever at the Lazy Vegan 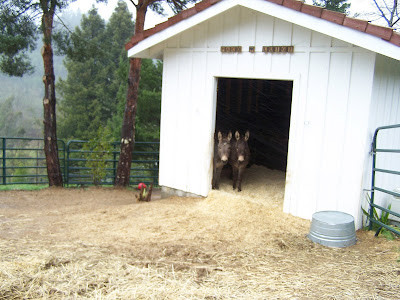 Rain, rain, rain all day...the poor donkeys are so bored that they're getting barn fever! I took out the stuffed animal versions of themselves to perk them up. They were amused with this novelty for about four minutes. Then I sang to them, which is getting old (for all of us). I need to to get a portable radio so they can at least listen to some tunes on rainy days! The foreman is talking about letting them come in the cabin after it has been renovated- he envisions a music/hang out room in the cabin, and one that the donkeys could come into. I'm sure they'd appreciate that. But that's a ways off, since it is one project at a time around The Lazy Vegan- and the upstairs bathroom project is going to take a while. So in the meantime I'll have to come up with more rainy day ideas to help banish boredom in the barn! 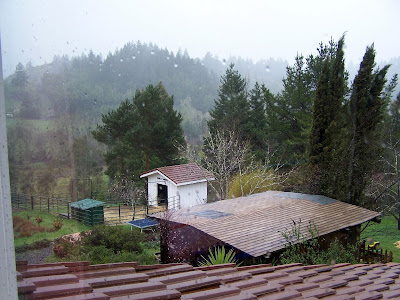 This is the sight from the upstairs window- I can look out and check up on the boys on rainy days! You can barely tell, but they're both in the barn. 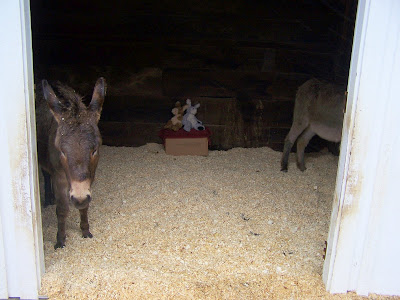 The stuffed animal versions of Paco and Luigi come to visit! 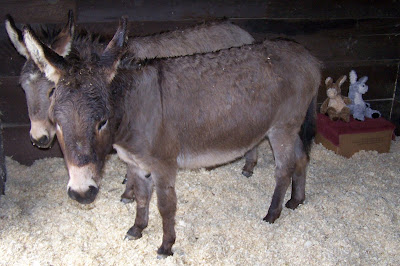 The boys were interested at first, and then seemed just slightly annoyed by the little stuffed donkeys. 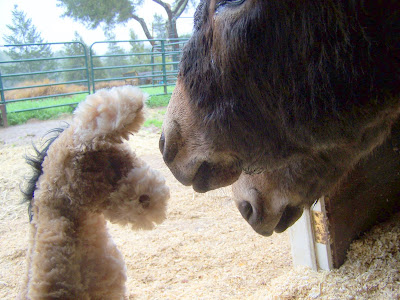 They kept looking at me to see if I had any other surprises. 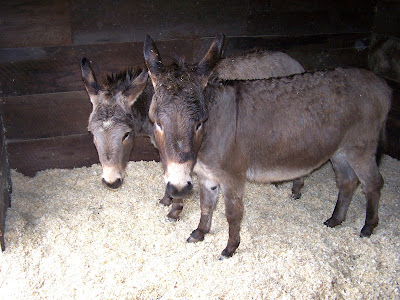 Weegie thinks they looks an awful lot like he does. 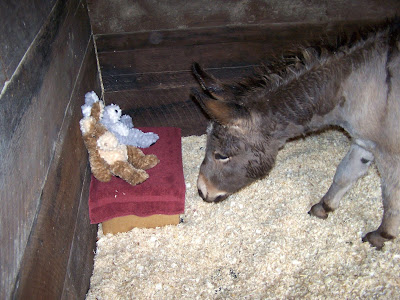 The brown one is Paco, of course...and the gray one is Weegie! 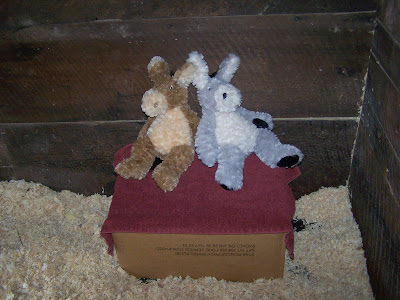 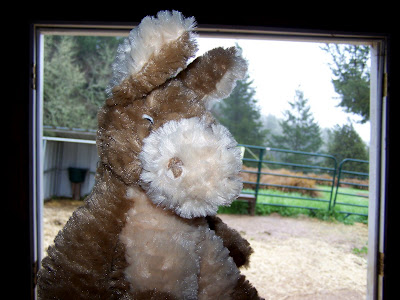 This was one of those days where I just hoped a neighbor didn't drop by. 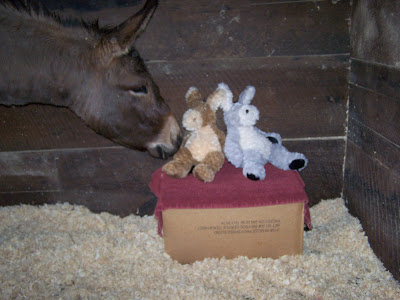 You got to admit, the stuffed donkeys look like they belong in the barn! 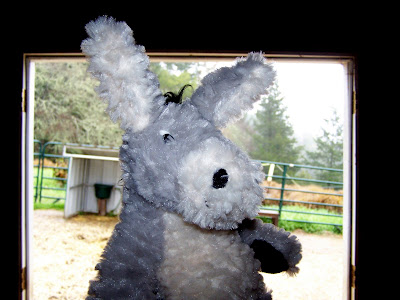 I'd love to see how Paco and Weegie would react to REAL donkeys! 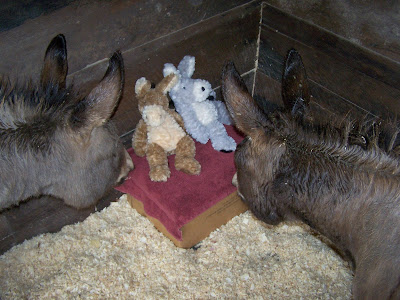