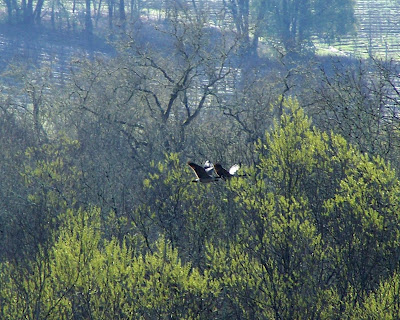 Two geese visit The Lazy Vegan before flying off to land in the pond nearby.

I took advantage of a dry day to take the truck and get a load of hay today before it starts to rain again. The foreman really gets a workout unloading all of it. In a way I get a workout, too - I start to sneeze the minute I come close to the hay and won't stop until I get every last piece of it off of me. The guys at the feedstore said that they're even allergic to it lately- this particular batch of orchard grass hay has a weed in it that makes us all react! I'm hoping that today's supply will last a long time- so that when it comes time to buy hay again (which, by the way, is now up to over $18.00 a bale!) it will come from a new source that doesn't have the allergic stuff in it! 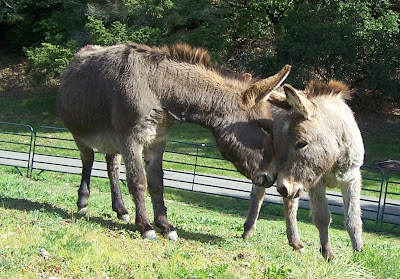 Paco and Luigi spent a lot of time discussing things today. No doubt they were discussing the arrivial of a new batch of hay, among other things. 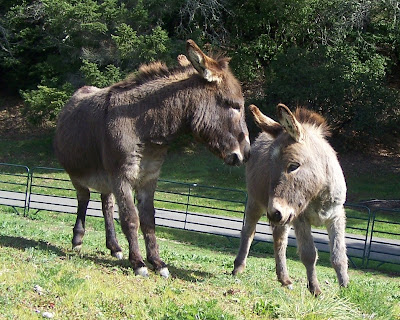 Whatever it was, as soon as they spotted me in the pasture they stopped. 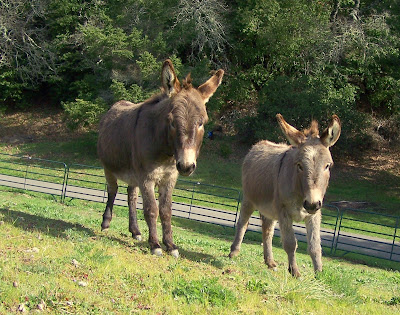 And then as I left, they "discussed" things again! 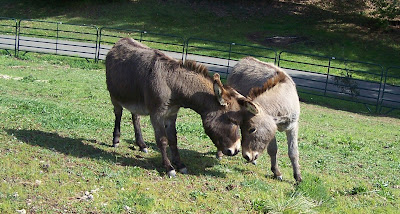 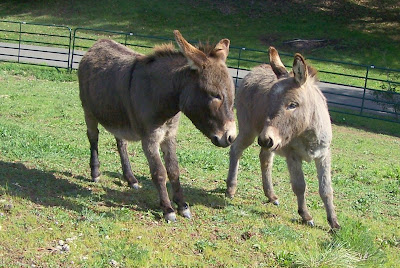 "You know what, Weegie? I think I saw a new batch of hay go up the driveway!" 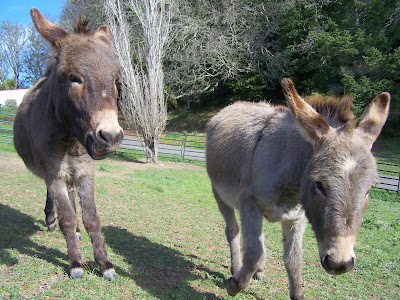 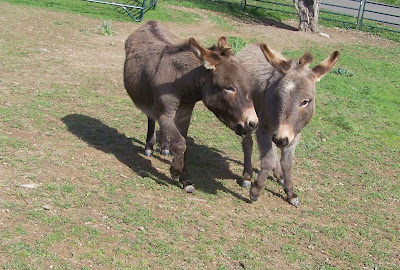 Paco always seems to be striking a pose. 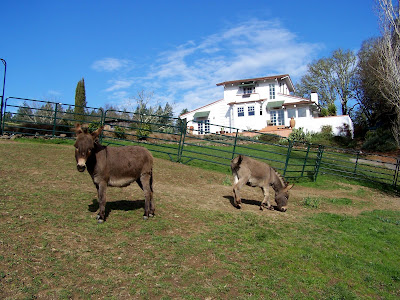 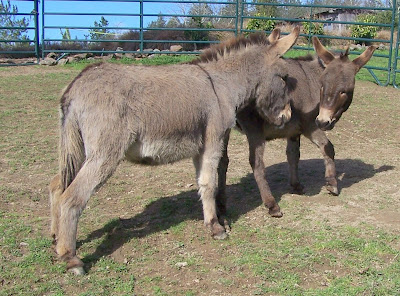 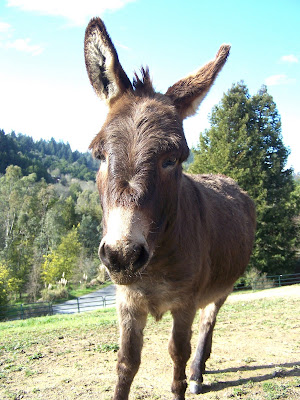 Paco came right up to me (I was sitting on the ground) and just stared at me today. It is a little disconcerting being stared at by a donkey! 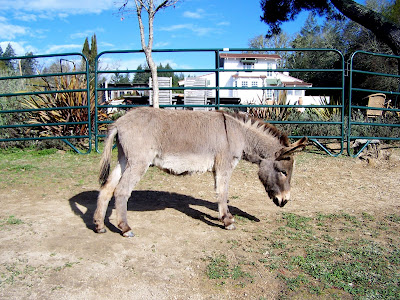 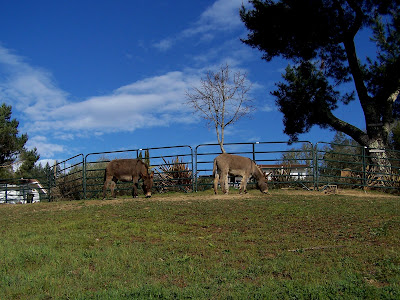 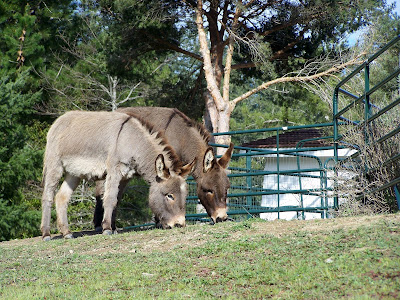 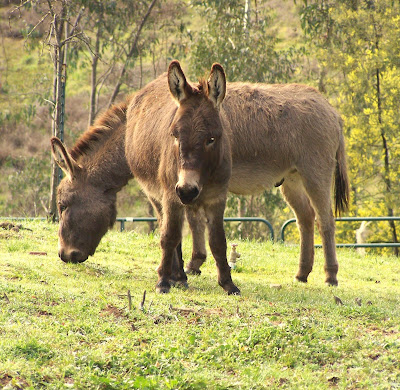 The foreman and Bravo hard at work - the new shower is coming along!

The "media room" is really a construction zone lately.

I love the name of "Wonderboard"! 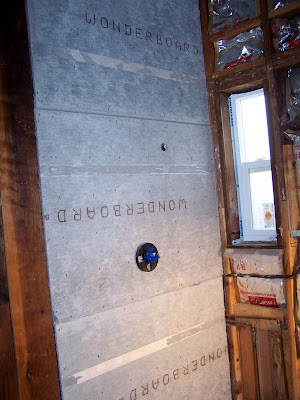 The foreman had music on while he worked! 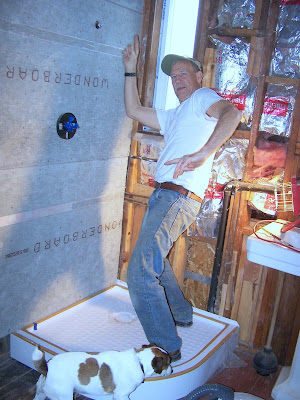