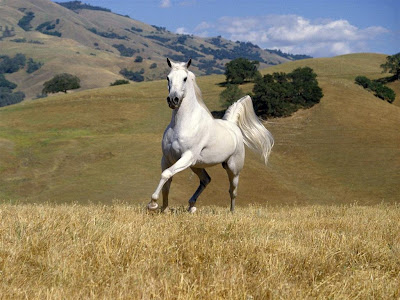 Last night I had a very vivid dream. I dreamt that Randy and I were driving down a country road (he was driving). Suddenly, a beautiful- really amazing, in fact- white horse appeared in front of us (not unlike the photo, above). Randy swerved to avoid hitting it and we went down an embankment and into a creek. The whole thing had an odd, peaceful feel to it. I recall telling Randy to roll down his window so we wouldn't be trapped. We swam out of the creek and found a farmer on the road who was upset because he thought his horse caused the accident (which it did). That's it. It was very real, so I told Randy all about it.
And then at noon today...my VW Beetle was a very brave Beetle when unfortunately a deer ran out on Occidental Rd. and I couldn't avoid hitting it. There's damage to the hood but luckily no where else (although the alignment is out of whack now)...so it is a pretty straightforward fix. So my brave Beetle is now at the auto body shop. What a day! Luckily nobody was hurt- except for the poor deer- I'm hoping the deer will be o.k. since it ran off. 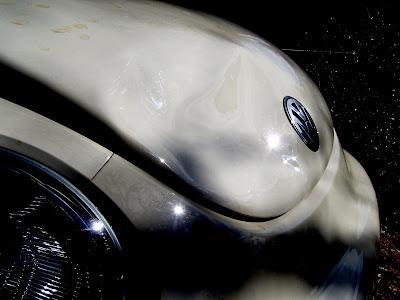 Damage to the poor Beetle's hood- you can see that the impact popped it up. Pretty solid little car, though, considering how big the deer was! 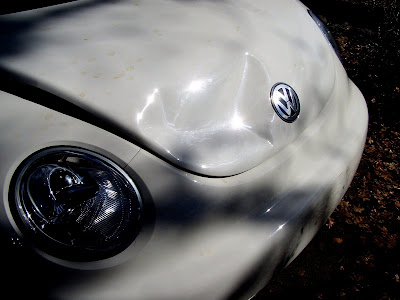 The foreman's new project- tearing apart the old shower upstairs to make way for a new one! 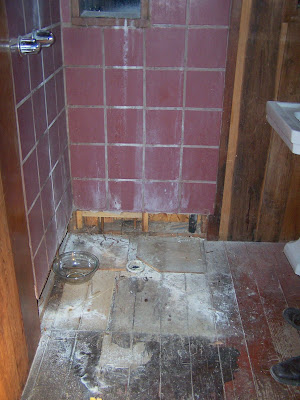 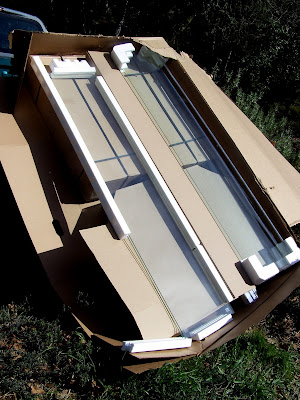 And Toby waits for a toy toss. 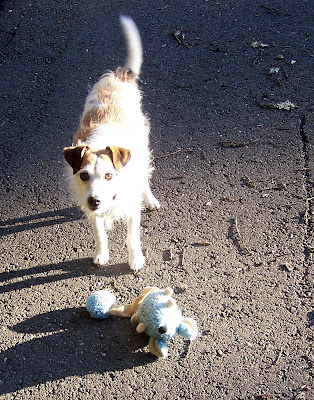 Boulder is sad about the Beetle and deer encounter. 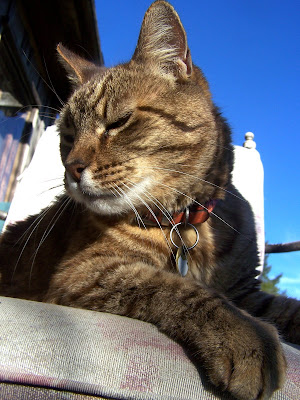 The donkeys were just thrilled to have some sunshine back! 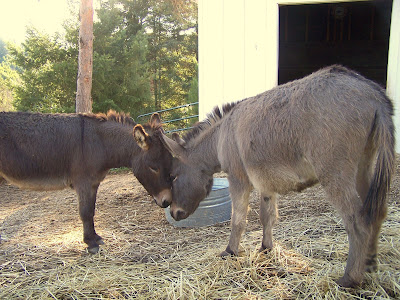 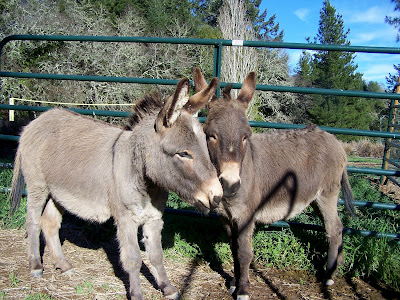 "C'mon, Weegie- let's look cute for the camera and maybe she'll give us extra sweet grain!" 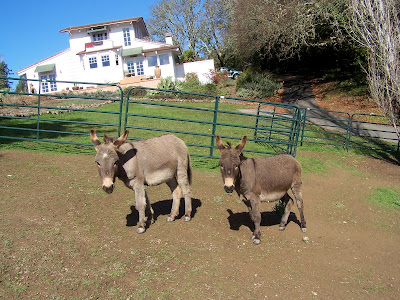 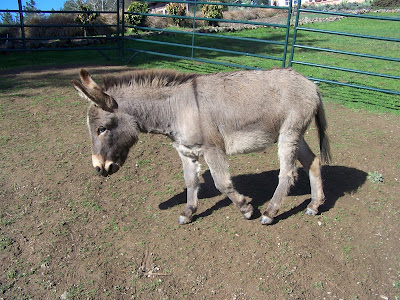 Weegie on a mission. 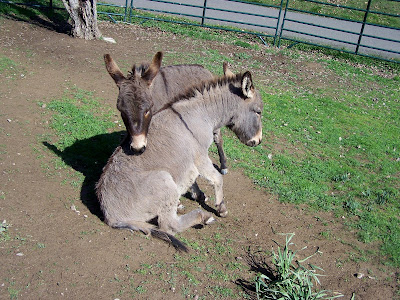 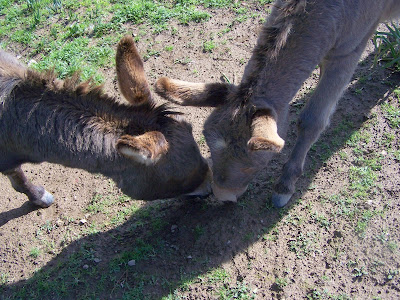