Rain, Wind, Sun & a New Window at The Lazy Vegan 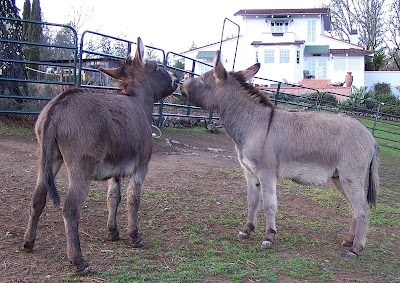 The boys playing before dinnertime!

I should know better than to talk about how great Boulder has been sleeping through the night- because by blabbing about it on yesterday's posting, I jinxed it! He was up at 3 a.m. and there was no stopping him- he was going outside no matter what! So I put him outside and then did the usual getting up out of bed over and over again to look for him. Finally I fell back to sleep and later woke up in time to see him saunter in. Tonight will NOT be a repeat- I've already given him the lecture! In other Lazy Vegan news, the foreman is working hard on the upstairs bathroom project- and today put in a new window- quite an event for a rainy day! We finally got a bit of sun just when it was time for it to go down! 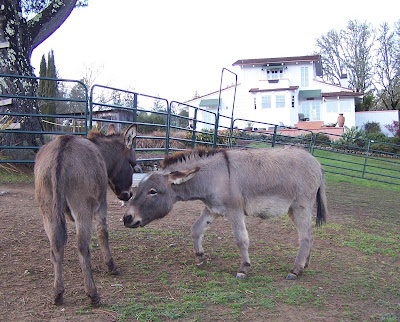 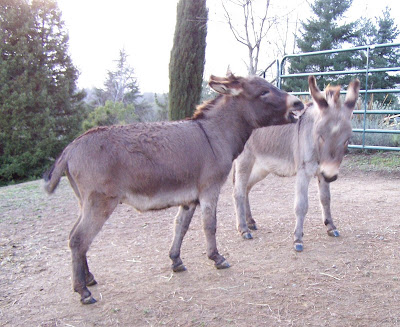 Paco waltzed right up to me today and nipped me on my upper arm- I couldn't believe it! I think he wanted to play. It hurt! 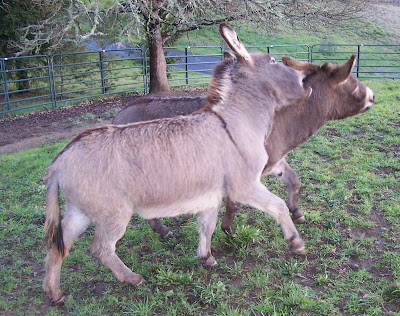 You've heard of "wonderbread". How about "wonderboard?" It is what's going up behind the new shower. 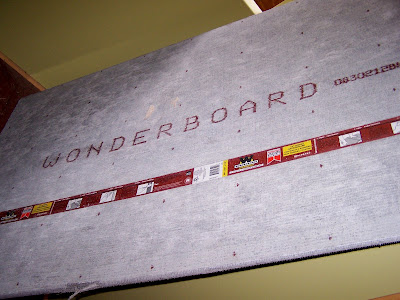 I'm so used to seeing remodel photos over the years, that this one is even kind of boring. Ho, hum. An open hole in the wall. 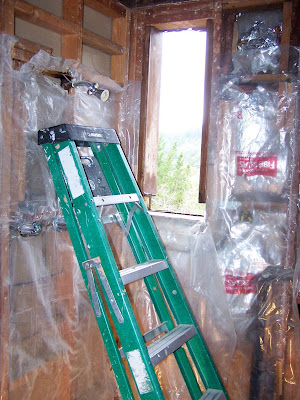 The foreman hard at work on the roof. 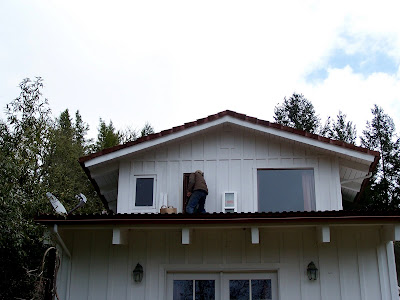 Pausing to make a ridiculous pose. 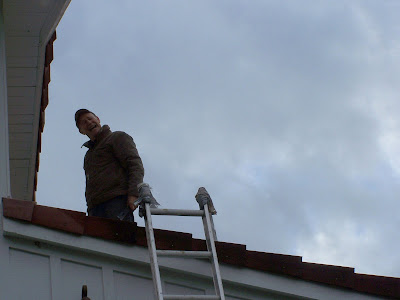 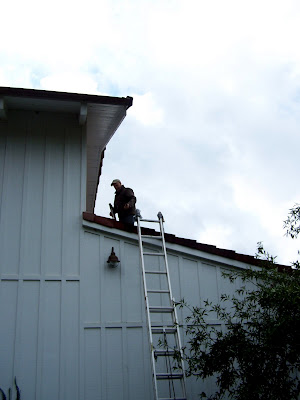 A blue jay was attempting to get Boulder's cat food on the terrace, but when I came outside he flew up in the tree and squawked. 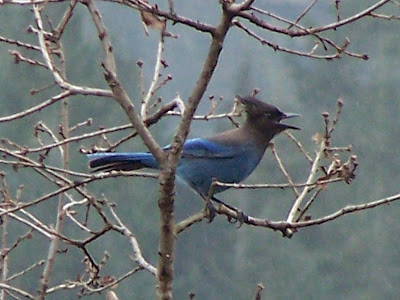 Boulder got the only bit of sun today- right at sunset! 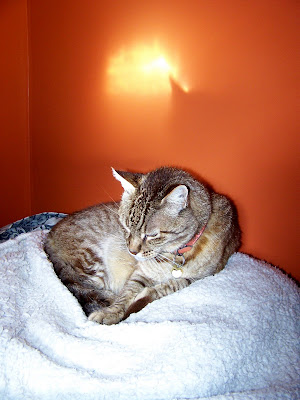 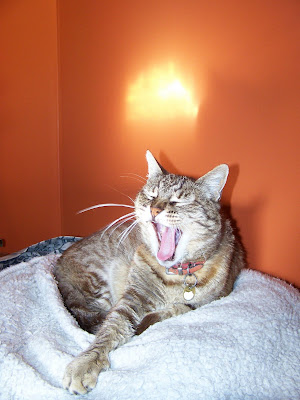 Solo had a pleasant day. Like most of his days! 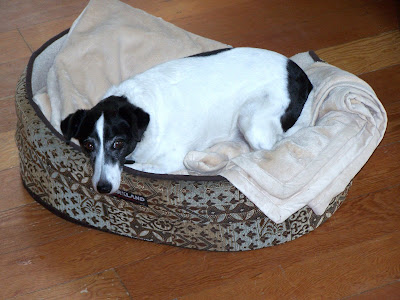 Paco stays in the dining shelter while I clean out the barn. 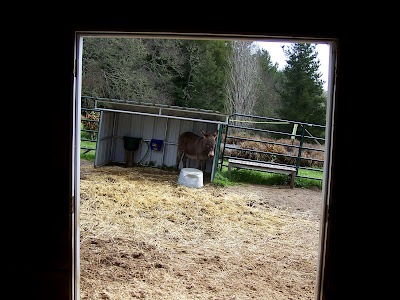 Both the boys helped a bit. 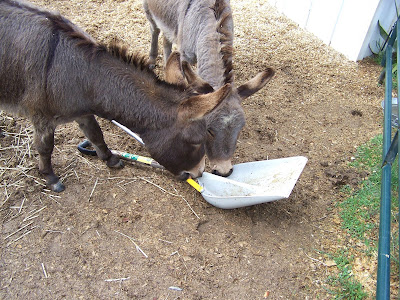 Paco was acting a bit funny today. Like he was annoyed by something. 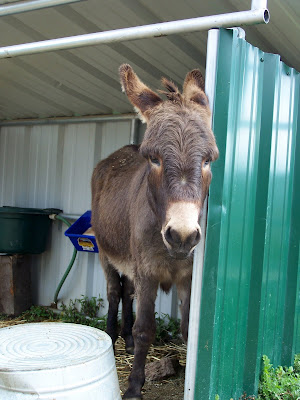 Such a sad sight- I took this from the upstairs window - the boys in the barn during an early morning downpour. 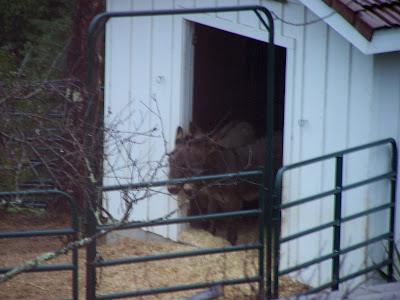 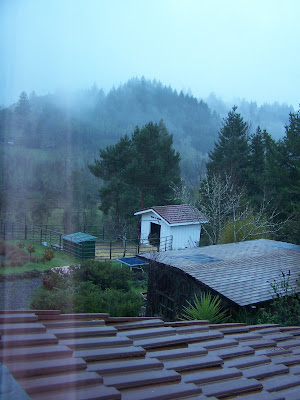