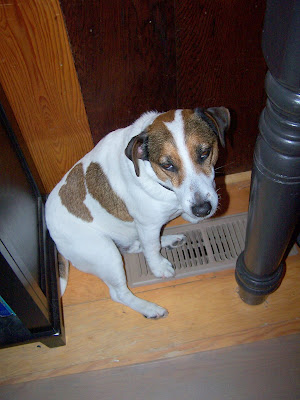 Bravo's big excitement of the evening...finding a heater vent to sit by!

Not much went on at The Lazy Vegan today. Toby ran after a ball in the pasture and the donkeys chased after him. I was briefly reunited with my beloved Beetle, until it was discovered that there was more body work to be done on it- so back to the auto body shop it went. Boulder took more early evening naps than I knew was possible for a feline- I hope this doesn't mean he'll be up all night! (By the way- Boulder has been actually "sleeping through" the night for some time now- I think what happened is one night I just could not force myself up to let him out- and some how he survived and now is in the habit of staying in- yippee! Now if I can only get the donkeys and dogs to stop sounding off at the early morning hour...). Anyway, a rather uneventful day at The Lazy V! 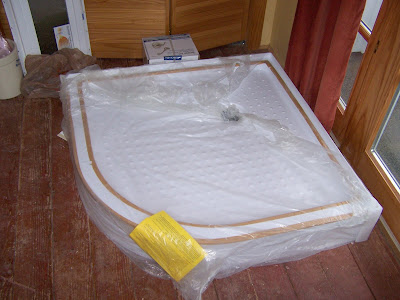 The base of the new shower hangs out in the upstairs bedroom (uh, media room) until the foreman is ready for it in the bathroom! 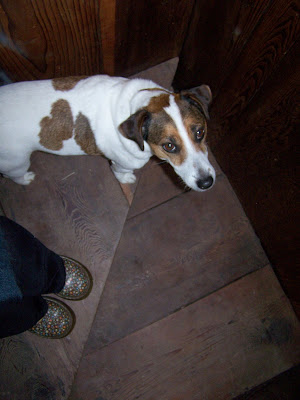 Bravo is so funny when he goes downstairs with me. If I stop, he'll stop. 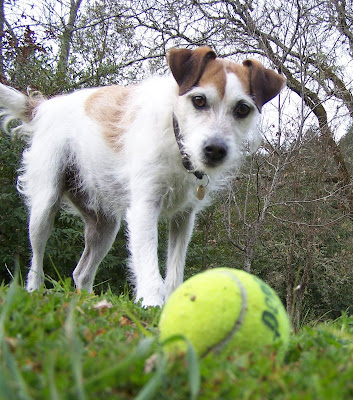 Toby got some good ball tosses in before the rain returned. 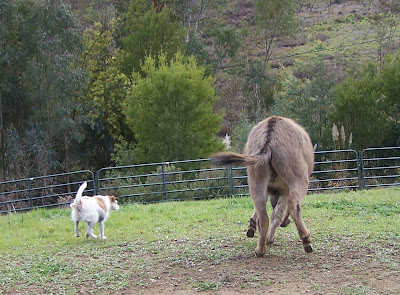 After a long hard day of doing nothing, Paco and Luigi head into the corral for bedtime. 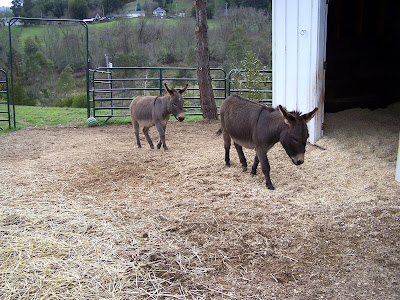 Boulder and the morning blue sky. 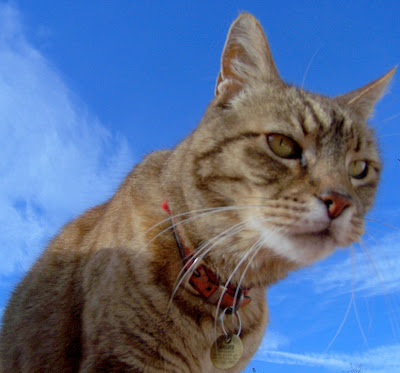 Another early morning sight- the dogs lounging while the donkeys lounge! 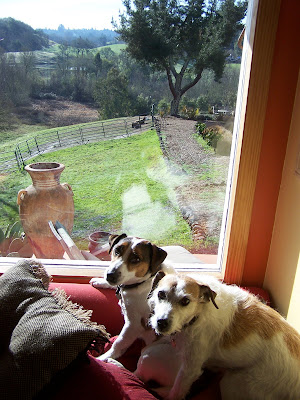 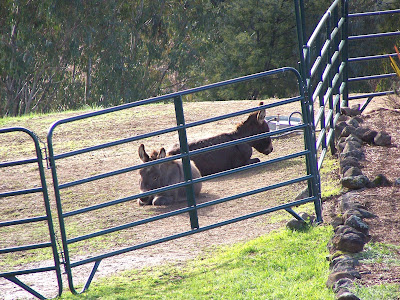 Lots of lounging going on. Solo was lounging, too- he just didn't want his photo taken. 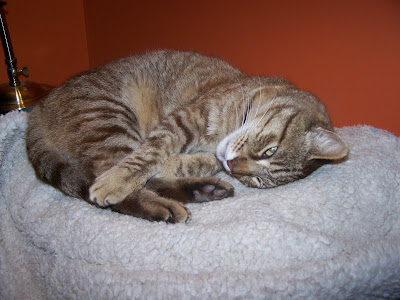