A Buzz Cut for Toby at The Lazy Vegan 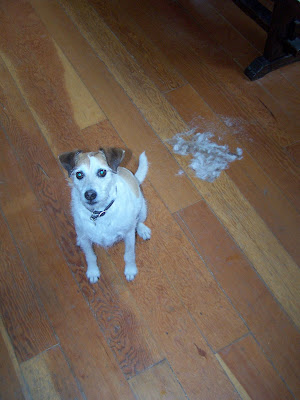 Toby is ready for warmer weather- looking sharp in his new buzz cut! I started with scissors and then the foreman did a nice finishing job with his clippers. That's a second pile of fur next to Toby. He must feel great with less fur to haul around! I'll have to give him an extra blanket to snuggle with tonight, though. Don't want him to get chilly. In other Lazy Vegan news, I'm continuing to scan old family photos- it is a real blast to look into the past! 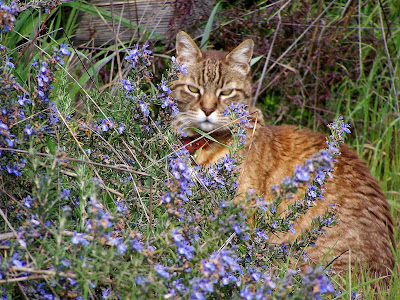 Boulder poses by some flowering rosemary. 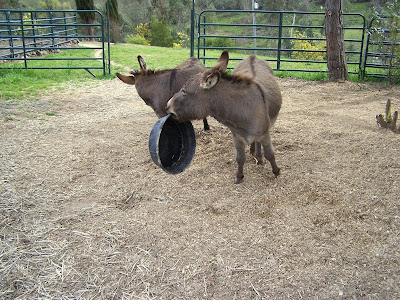 Tricks with the pan at sweet grain time- Weegie really has the hang of it now! 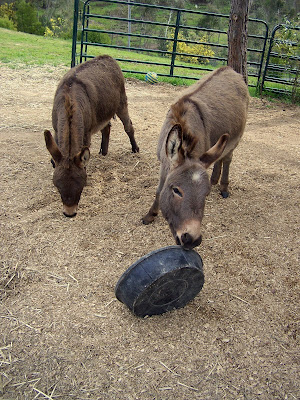 I'm very proud of Luigi. He used to just watch while Paco showed off his ability to pick up the pan. 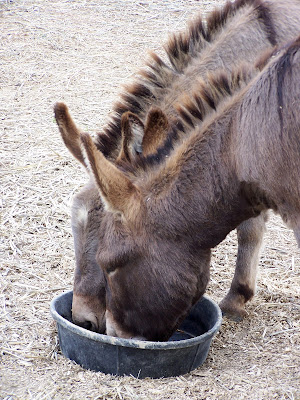 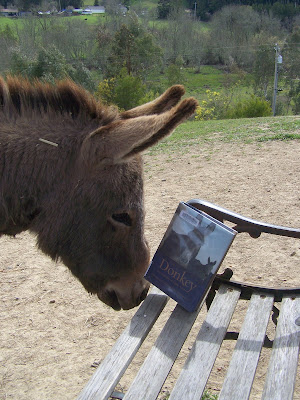 Weegie checks out my library book (well, he looks at it- he didn't literally "check it out" as in checking it out of the library...I'm doing unintentional (and bad) punning lately!). He approves of the subject! 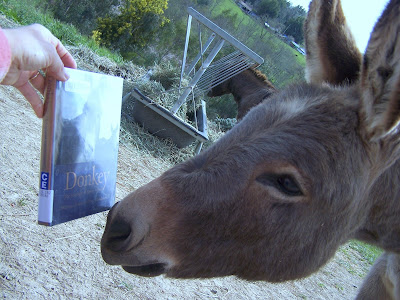 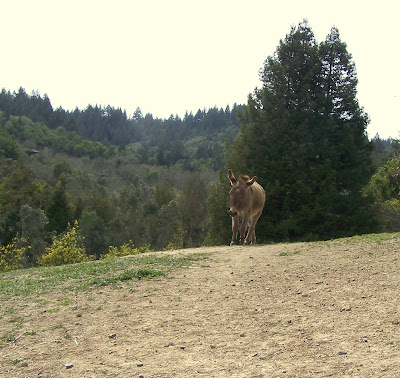 Weegie in a rare moment alone, and the cow across the way also hanging solo! 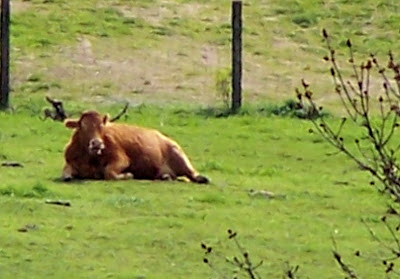 I always think it is funny when the donkeys do stuff at exactly the same time- such as scratching an itch! 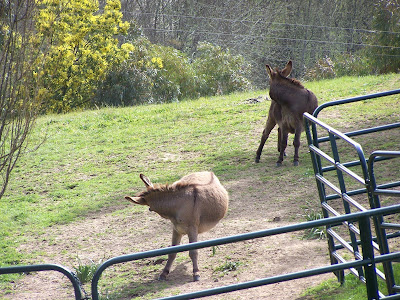 BLAST FROM THE PAST: some random old family photos! 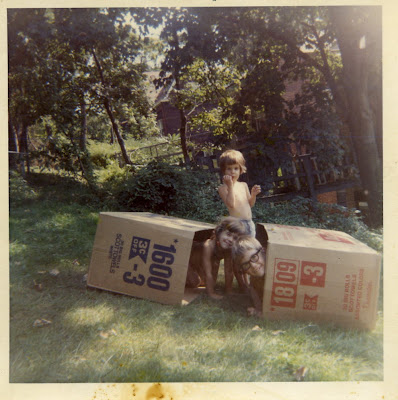 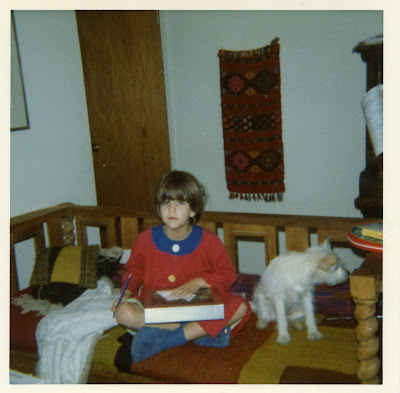 The dweeb sisters...that's me above with the dog, and Patty below with the cat- obviously before Pat was allergic to cats! 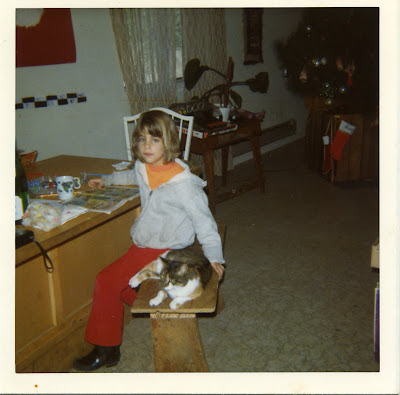 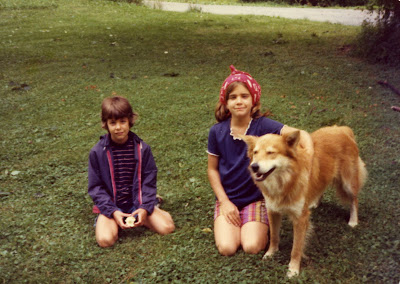 The dweebs sisters, take two...with some unknown dog - I think on our trip back East. 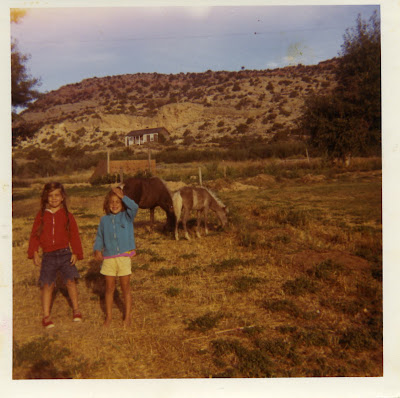 And one of my favorites- you just can't get much "dweebier" than this!