A Fine Day in Early April at The Lazy Vegan

It was a fine day today- the weather was perfect, which was great for holding open houses- I held open one and the foreman held open one and both were pretty busy. A twelve-year-old Jack Russell terrier named Maggie came to my open house! Her owner- or, as I keep reminding myself to say- guardian, said she was born at the Double Tree Ranch- just like our Solo! So we discussed the wonders of Jack Russell terriers....he was clearly very, very fond of his. When I went home I got the sniff-over from MY terriers- they KNEW I'd been spending time with another dog! 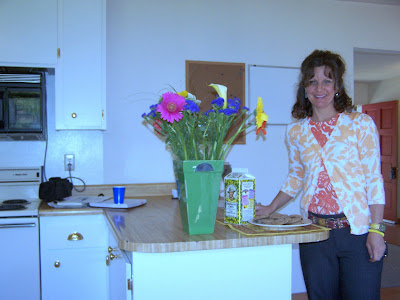 At my open house. I served vegan cookies, and didn't say one word about them being vegan- and people were gobbling them up! 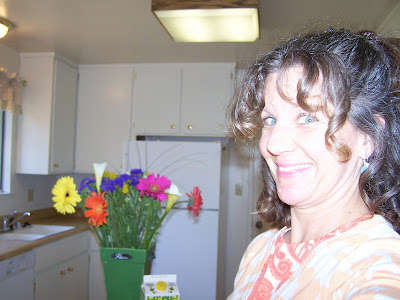 I'm such a dweeb. Note the Gerbera daisies I bought to liven things up. I ended up giving three of them to three ADORABLE little kids. 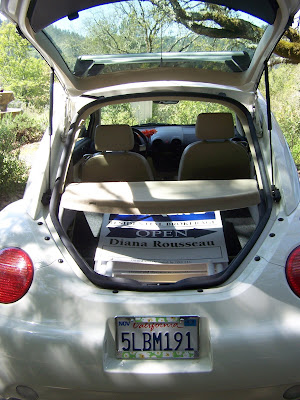 Will the wonders of the Beetle EVER cease? My open house signs fit PERFECTLY when the back seat folds down! Yesterday at a party I met another Beetle-crazed women who also owns a white Beetle- she has a personalized license plates that says "lighten up" (in an abbreviated fashion)! 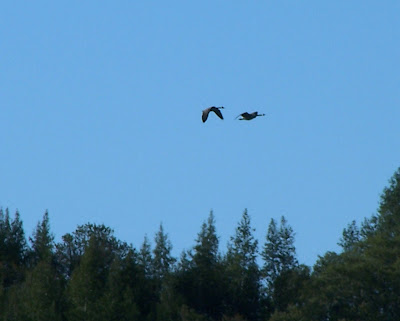 Geese flying by. I like how the one below has his beak open- he was honking away! 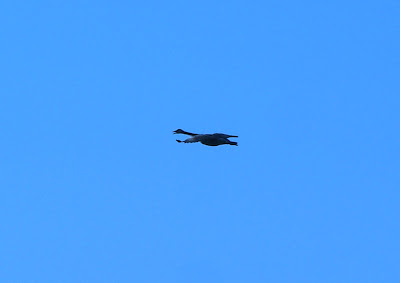 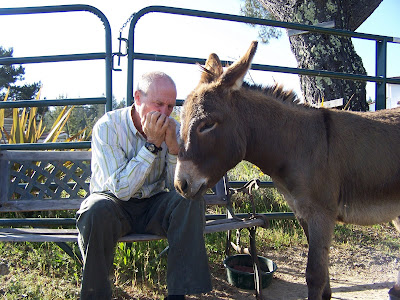 Spending quality time with the donks. 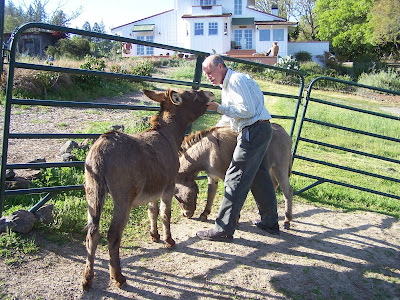 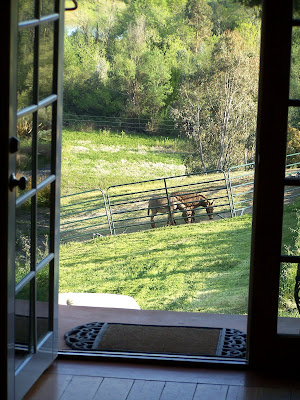 The view from the living room. 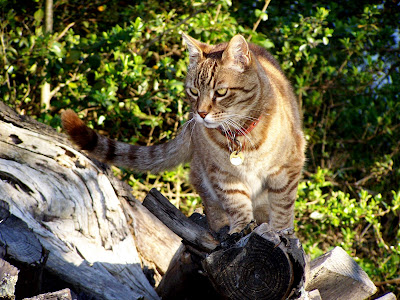 Boulder has been climbing the wood pile lately, and it is amusing to watch- he is very, very tentative with every step he takes. 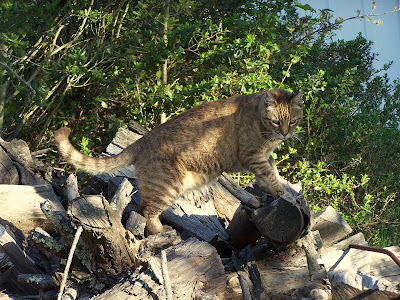 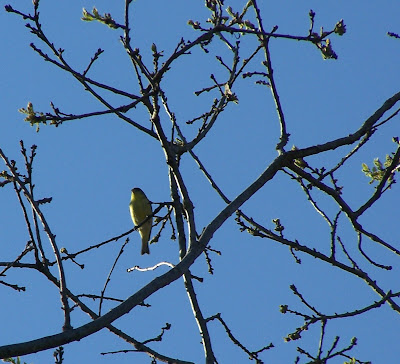 We're still trying to identify this yellow and black bird with our bird guides. I wish they wore name tags!! 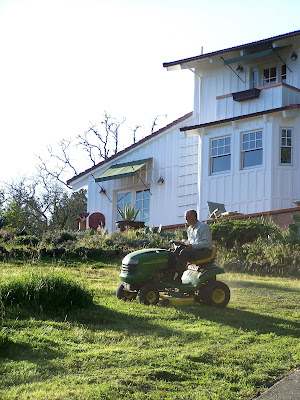 After the open house, Mower Man made an appearance. 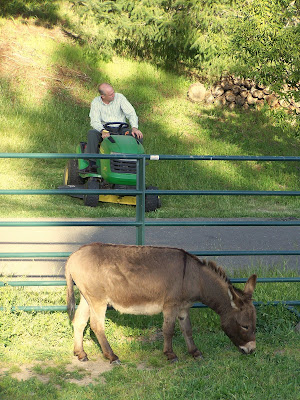 The donkeys aren't that interested in the mower- they're already used to seeing it. 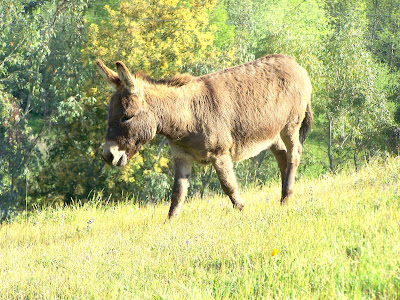 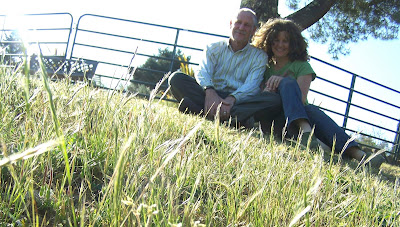 More silly self-timed photos! This time I put the camera on the hay feeder and on the ground. 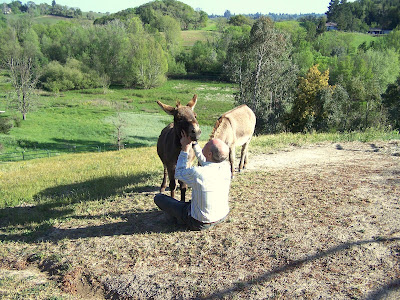 The donkeys seemed to have a good day. I think they like April! 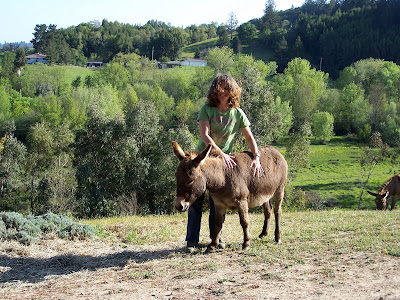