A Fine Friday for a Burn Pile at The Lazy Vegan

With the cooler weather, today was a fine day (according to the foreman) to burn the huge tree branch pile. So he registered the burn (there's only one week left for the season with our burn permit) and before I knew it that campfire type of smell was drifting into the house...and smoke was EVERYWHERE. Luckily it burned fairly quickly, but then the foreman had to zoom off and I was either going to be housebound (as a fire monitor) or would have to put the rest of it out with the garden hose. So I got the long hose out and started to put out the fire. Whoa! I have renewed respect for firefighters, because this thing wasn't going out any time soon. As soon as I'd get one area wet and smoke-free, another burst of flames would pop up. Part of the problem is that included in the tree branch debris was a bunch of donkey-urine soaked pine shavings bedding- and that stuff is apparently not very flame resistant. Anyway, I stood there with the hose forever. Everything would look good (meaning smoke-free), so I would leave for ten minute and return to more smoke and renewed embers. Finally I got it all out, and then I left for Costco...half way there I realized I reeked of that distinct campfire smell- hopefully the warehouse was big enough that nobody noticed!

Paco decides he's had enough of the terriers for the day! 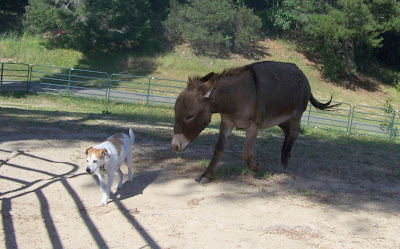 Watch out when a donkey has his ears pinned back- he's either angry, pretending to be angry, or wants to play - the playing part isn't a bad thing as long as you're ready to play back the way donkeys do! 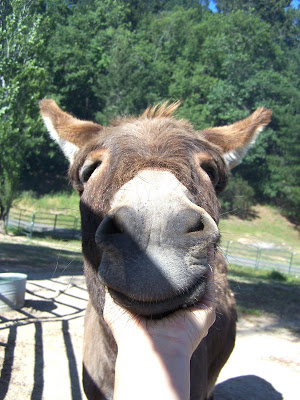 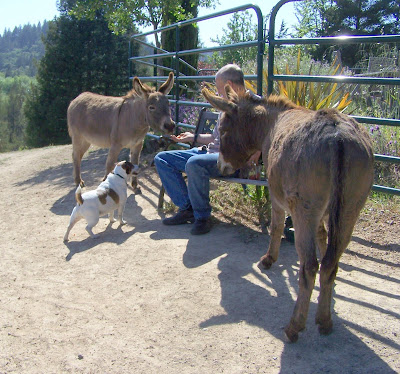 Carrot treat time for all- except Solo, who was off wandering somewhere (and Boulder, who doesn't like carrots). 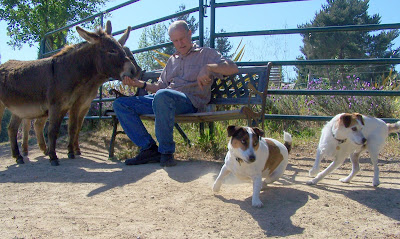 Bravo gets ready to charge for a carrot piece. The foreman feeds the donkeys and tosses out carrot pieces for the dogs at the same time. 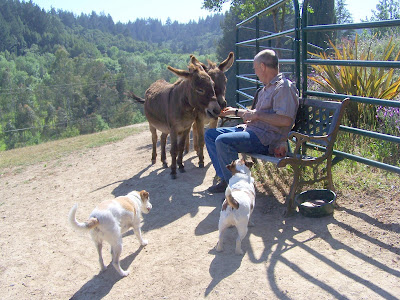 The boys are really enjoying their carrot time lately. Of course they always get the best, organic carrots! 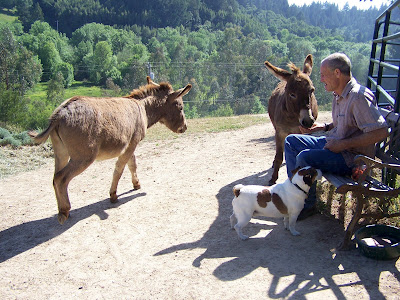 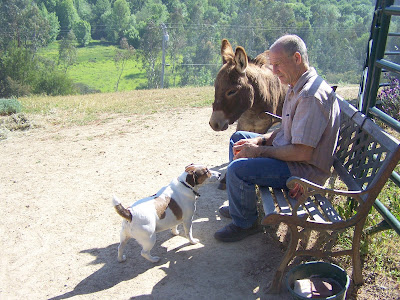 Bravo is so much braver around the donkeys when the carrots are involved. 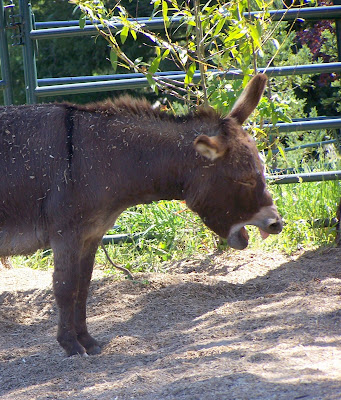 Earlier in the day, Paco entertained himself in the corral. 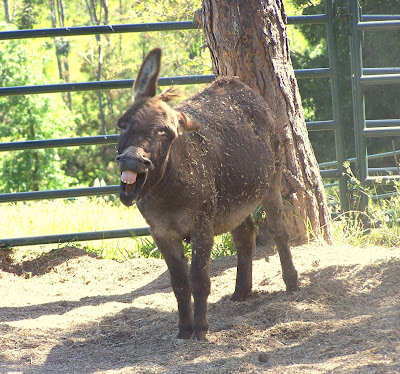 He found himself pretty darn amusing. 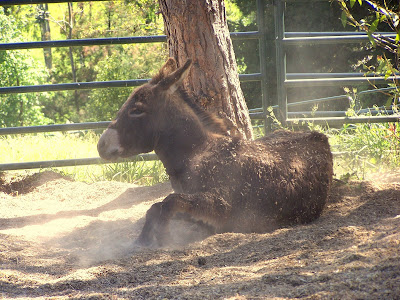 Always time for a dust bath! 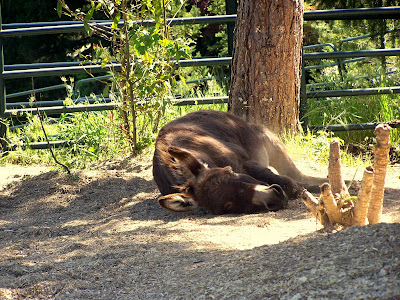 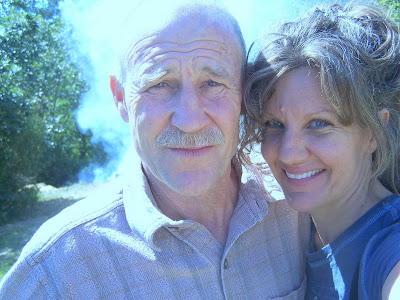 This is our pose in front of the big burn pile, which we manage to hide. 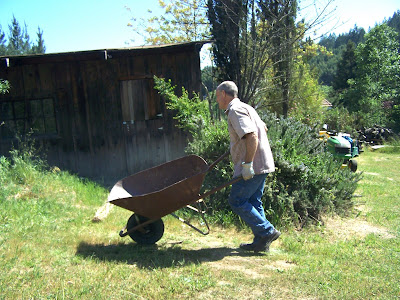 You would never know that this is the same man who could barely walk last week due to his back problems! 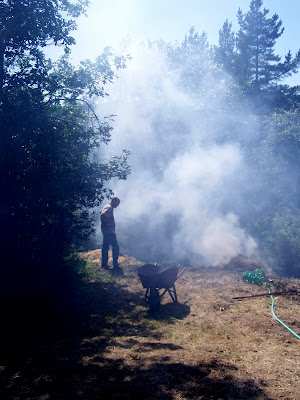 To give you a sense of what it is like to hang out by a burn pile, just cough. Over and over again. 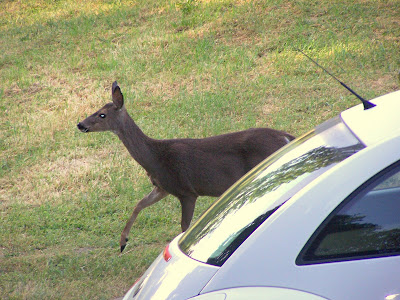 Early in the morning two deer visited and came VERY close- too close- to the Beetle. 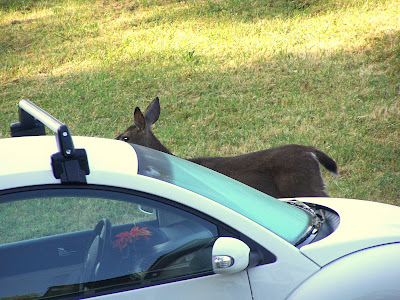 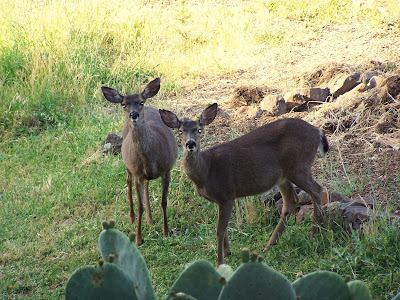 They are very cute! 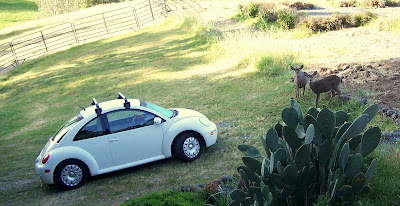